Bollywood star Arjun Kapoor has opened up about his struggle with obesity, and the impact that being body-shamed had on him.

“I was not just a fat kid, it was a health issue."

Bollywood star Arjun Kapoor has opened up about the body-shaming he has endured throughout his career.

The actor also spoke about the negative impact it had on him, and how he began “crumbling from the inside”.

In a recent interview, Kapoor revealed that he has battled obesity for a long time.

He said that his “underlying health condition” makes achieving a certain size difficult for him.

Opening up about his experiences with body shame, Arjun Kapoor said:

“Not many know, but I have been battling obesity for the longest time.

“I was not just a fat kid, it was a health issue. It hasn’t been easy.

“My underlying health condition has always made it a struggle for me to constantly stay a certain size.

“While I have been criticised a lot for my physique, I have taken it on the chin because people expect actors to be seen in a certain body type. I understand that.

“They haven’t understood the struggle that I have gone through and it’s alright.

“I have to only prove it to myself and to the people who believe in me.” 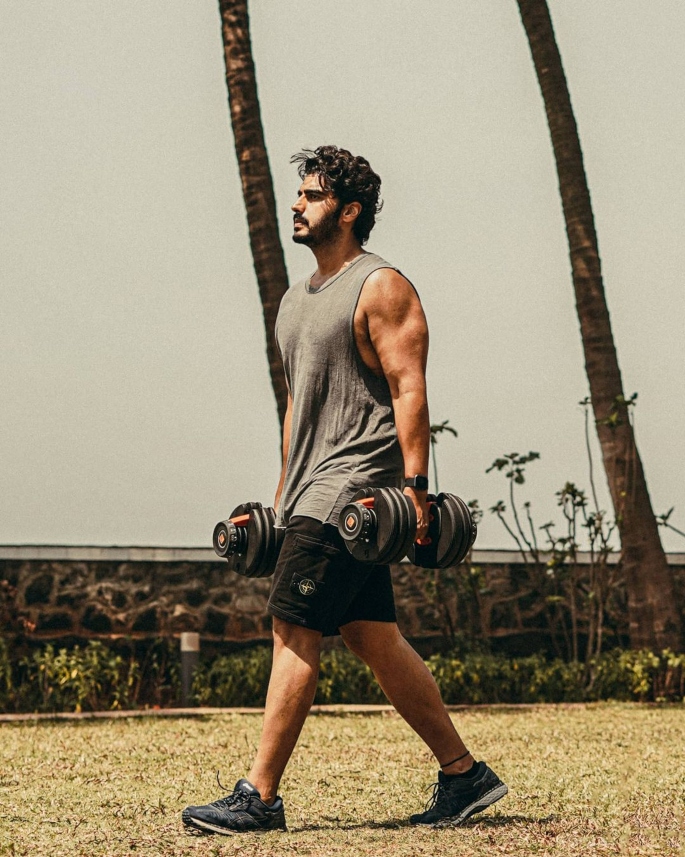 “My condition makes it unique for me to achieve quick results.

“The transformation people can achieve in a month, it takes me two months to do so.

“So, I have single-mindedly focused on myself for a year to achieve my current body type and I desire to only get fitter and better.

“This journey has really motivated me and shown me that nothing is impossible. I just have to keep at it, no matter what.

“Unfortunately, shaming has sadly become part of our culture and I can only hope that we get better as a society.”

Arjun Kapoor accepts that his audiences criticise him for his appearance because they have a set idea of what actors should look like.

However, the criticism had a negative impact on him while going through bad patch in his career.

Kapoor also opened up about the pressures of the Bollywood industry, and how the body-shaming he received on top of filming became too much to bear.

“The pressure to be relevant in the industry is immense and the negativity does get to you.

“When my films weren’t working to the level that I expected them to, the negativity just mounted.

“The triggers that had caused my health issue in the first place came back, but I tried hard to keep going and make every day count.

“When you are constantly engulfed in work, you don’t realise the slide that you could be going through.

“You could be crumbling from inside while putting on a brave face.

“It happened to me; it happens to a lot of people.”

On the work front, Arjun Kapoor is due to appear in Bhoot Police, alongside Saif Ali Khan, Yami Gautam and Jacqueline Fernandez.