Shruti Haasan has opened up about her struggles with mental health, and how important it is for people to speak about it.

"I felt inadequate on many days."

Shruti Haasan has opened up about her struggles with mental health.

Haasan often speaks about her mental wellbeing and the need to look after it, particularly during Covid-19.

She also revealed that she has been in therapy since she was younger.

According to Shruti Haasan, she has days where she feels inadequate, and her stressful career as an actress can be a mental health trigger.

Therefore, when it comes to mental health, Haasan believes it should never be brushed under the carpet.

Speaking of the concept of mental health, Shruti Haasan said:

“Mental health is really simple and really complex at the same time.

“I always use this example that if you have a stomach ache, you will have ajwain or yoghurt and avoid spicy stuff on the first day.

“On the second day you will say ‘ok, let me take medicine’, but on the third day when you are still in pain, you will go to the doctor and seek help.

“At that point, no one in your family says, ‘we are here, why would you need a doctor?’

“I see that as the whole problem because of how the fam jam scene is in India.

“It’s like ‘you have your cousins, your friends, why can’t you talk to me?’

“I understand the sentiment but when it comes to mental health, the worst attitude you can have is ‘chin up’ or ‘I am fine’.” 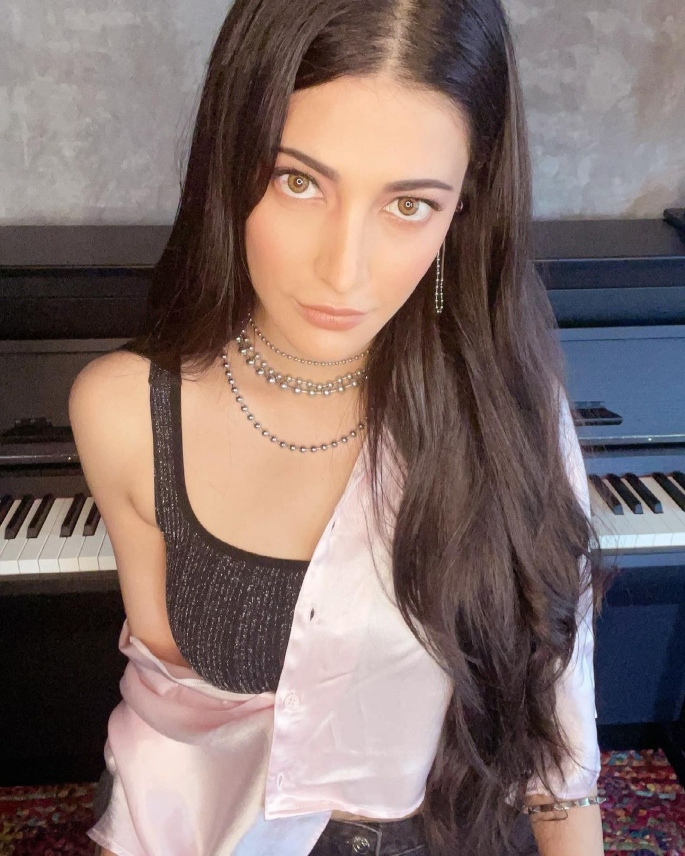 Shruti Haasan also went on to say that no one is exempt from mental health issues and that some may not even be aware that they need help.

Speaking of her own mental health experiences, Haasan said:

“The feeling of inadequacy can be so overwhelming and, mind you, I was a psychology student and dropped out but continued to study psychology.

“I have friends who have therapists.

“I have been in therapy when I was younger and still when it comes to managing my emotions and sensitivity, in an industry that is very heightened in every since – be it stress or creativity – I felt inadequate on many days.

“It’s not an easy thing but me having this opportunity to speak about and somebody reading this, that is how the change spreads.”

According to Shruti Haasan, the Covid-19 pandemic has caused a surge in mental health issues.

However, she does feel that things are changing for the better. Haasan said:

“I genuinely believe that mental health awareness has come to the forefront.

“There are so many avenues for people to understand that you can get help online because of the distance.

“People know how to use technology – be it through Zoom calls or Skype calls.

“I was always doing therapy long distance because my therapist was based in London.

“So I always knew that it is possible once you have made that initial connection.”