Indian actress Shruti Haasan shares the details of her professional struggle and the financial crisis during the pandemic.

"I don't have my daddy or mommy helping me."

Indian actress Shruti Haasan revealed that she is facing a financial crunch due to the Covid-19 lockdown in India.

The actress said that her financial situation is forcing her to get out of home and look for work, despite the widespread Covid-19.

Speaking about the problem, she said:

“[I] can’t hide out and wait for the pandemic to end.”

She further explained that she will be risking her health and life by getting out of home for work in these times, saying:

“I will not lie, it is very scary to live on the sets without a mask, but I have to return to work due to financial constraints, just like everybody else.

“When the shoots start, I have to go out for the shoots as well as complete my other professional commitments.”

“We all make different amount of money, but everyone has to pay their bills and that is why I will have to go back to work.

“I also have my limitations, I don’t have my daddy or mommy helping me.”

The 35-year- old actress further explained that she is just facing difficulty paying her adequate monthly instalment(EMI) bills, but there are people who don’t even have money to buy food or medicine. She says:

“It just put everything in perspective.” 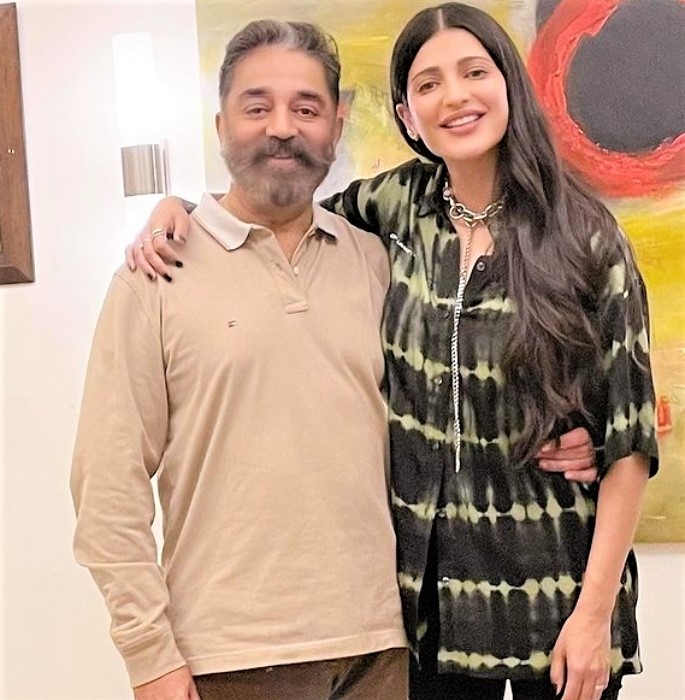 Shruti Haasan is the elder daughter of actor-politician Kamal Haasan. Describing herself as an independent woman, she reveals:

“I have never asked my parents to pull in favour even once.

“I left my dad’s house after my first movie, I never asked for anything. The financial pressure for independence was a great driving force for me.

“From the past 11 years, I have been earning my bread and butter. I am an Independent woman who pays her own bills. So, I have to work.

“I take most of my personal as well as career-related decisions own my own.

“Some people might say that due to the pandemic they couldn’t buy expensive cars or houses but I have bought my own house and I am proud to be independent.

“I am very proud of my journey.

“Even though I get the favours because of my father’s work, I have not used the benefits, rather, I have seen people who are the so-called outsiders, definitely get the benefit of knowing which camp to join, which person to impress.”

Shruti further explains her point of view for the outsider stars, saying:

“It does not mean they are not worthy, rather they are much better than me.

“On paper, I look like an insider but I work and live as an outsider.”

Shruti blames anxiety for not giving her best to the film industry, saying:

“I personally suffered from anxiety and was not being able to communicate it to myself.

“Therefore was not being able to be the best version of myself as a human being, artist and woman.

“I felt I needed to take the step back and assess myself, in order to be a better professional and human being.”

Shruti Haasan is currently working on the upcoming film, Salaar, starring alongside Prabhas. The movie is directed by Prasanth Neel.

Shruti is also to appear in the Tamil film, Laabam.