Amir & Faryal go House-Hunting in Dubai on ‘Meet the Khans’

The sixth episode of ‘Meet the Khans: Big in Bolton’ sees Amir and Faryal house-hunting in Dubai, as well as more wedding hall headaches.

"even when we’re on holiday, he has work."

The action begins in Bolton, where Faryal goes to a photoshoot leaving Amir home to cook his own breakfast.

Used to having everything done for him, Amir is unsure where to start.

On the phone with a friend, he admits doesn’t know what to do, saying:

“I’m gonna have to make my breakfast but I don’t know where to start from.”

Faryal also admits that she is the boss of the household, saying:

“So I do everything at home, all the chores, looking after the kids, washing dishes, cooking, cleaning, everything. And he does nothing.”

At her shoot, Faryal admits she has never had cosmetic surgery, saying she would be open about it if she had.

Meanwhile, Amir is still struggling in the kitchen. He calls Faryal twice, asking where both the bread and butter are kept.

“Seriously, Amir is like my fourth child, he’s 34 years old and he can’t make his own breakfast. He drives me insane.”

She adds: “The whole house goes upside down when I’m not home for an hour.”

At Amir Khan Academy, the boxer says that training was easier when he was single. Amir says it is now more difficult with a family and additional commitments.

However, he states he would like to “do one more last dance” in the ring.

Searching for a Home in Dubai 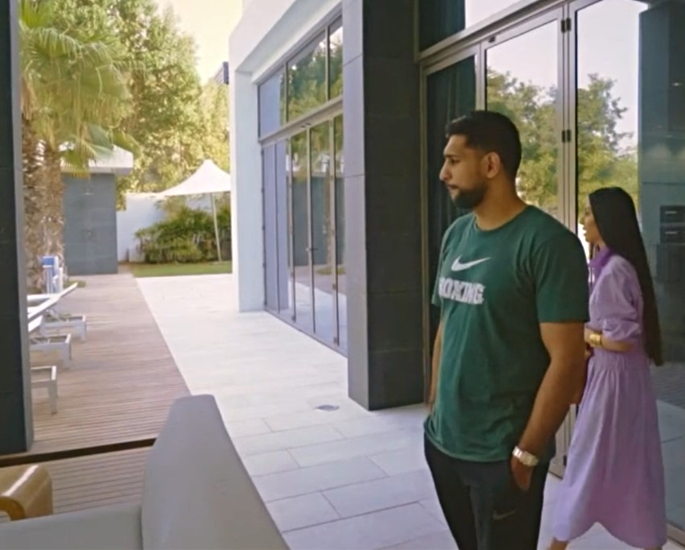 Amir and Faryal then go to Dubai in search of a holiday home.

According to Faryal, she could not live in Dubai as she would miss the winter, but she admits:

“When I’m here I miss England, when I’m home I miss Dubai.”

Despite wanting a maximum of five bedrooms in their house, the first property has seven, and a view of the Crystal Lagoon.

It is complete with high ceilings, a cinema room, a pool and a larger-than-life master bathroom.

On the way to their next viewing, Amir and Faryal argue about sushi and Amir “snoring like a gorilla”.

Faryal also points out how hard the people in Dubai work to support their families.

She jokes that “they actually miss their wives”, whereas Amir believes “a man needs his own space”.

At the viewing of a four-bedroom forest villa, the pair discuss house prices and the hard decision to choose one. Amir says:

“The prices of the houses that we’re looking at, you could probably buy a whole street in Bolton.”

But, according to the boxer: “If God wants it to happen, it will happen.”

However, not all of the Khans’ house viewings go to plan, as Amir is late for the next one due to work.

“Surprise surprise, even when we’re on holiday, he has work. Typical Amir.”

She adds: “It was supposed to be our time to look for houses without the kids, but he packs his day with too many things and he ends up being late.”

Amir also uses his day to be interviewed by a vlogger while driving through the streets of Dubai.

Right from the start, he is asked if he knows how much money he has in his bank account.

Taken aback, Amir replies: “Do you know what, I honestly don’t.”

Whilst waiting for Amir, Faryal visits a friend who has moved to Dubai from London.

Talking about her excitement to spend more time in Dubai, Faryal says:

“I feel like I won’t get judged out here, because there are bigger influencers and celebrities, there’s so much going on in Dubai that all eyes aren’t just on you.”

However, she also expresses concerns about how much more work Amir will take on in the city, leaving less time for the family.

She says that when the pair are in Dubai, Amir always “turns a holiday into a business holiday”. 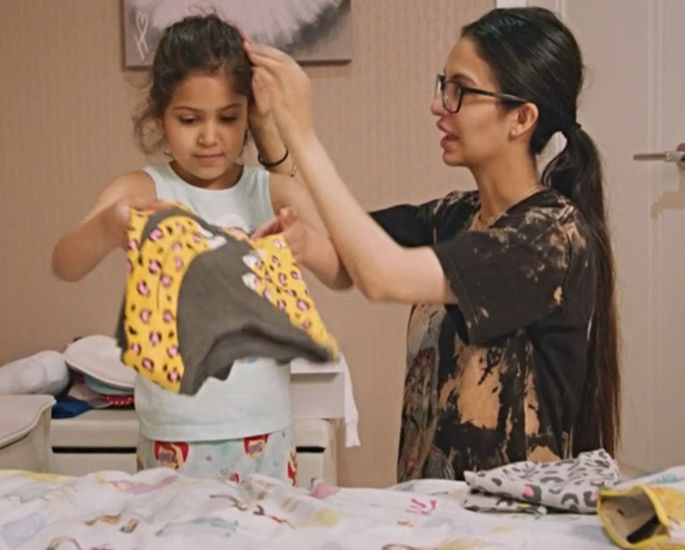 Back in Bolton, Faryal helps her eldest daughter Lamaisah get ready and says:

“Being a mum is the best thing that’s ever happened to me.”

But despite the Khans’ lavish lifestyle, Faryal believes her children need to know the value of hard work.

“I know my kids are really blessed and they have everything they want and need, but I think it’s really important to keep them grounded.

“Both Amir and I had to work for things growing up, and I want them to know that it’s not as easy as it looks, they have to work for it as well.”

Faryal asks Lamaisah if she wants to be like her mummy or daddy when she grows up.

She also asks her daughter if she has ever watched Amir fight and if she likes looking at her mum’s pictures on social media. 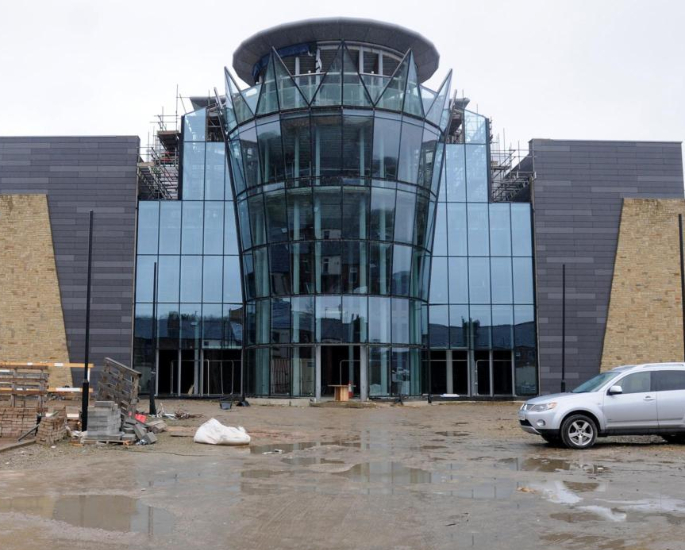 Elsewhere, Amir is checking on the progress at his wedding hall, which is considerably slow and over budget.

Amir talks about the stress that comes with building the hall, saying:

“I’ve trusted a lot of people, over a handshake I’ve said to them ‘yeah, no problem, let’s get it done’, and it’s never happened.

“The first thing people see when they see ‘Amir Khan’, they see the pound signs, and they think I’m giving money out for free.

“It’s caused me a lot of worries, the wedding hall – sleepless nights, I’ve spent millions of pounds on glass for example, on the roof, on bricks and stuff, and things used to get missing.”

According to Amir, his goal is “to finish it off, get it done, so that bad memory can be gone for good”.

The episode rounds up with the Khans at home, where Amir gives his wife a taste of what his training sessions are like. He says:

“I definitely feel that Faryal underestimates how hard I have to work and train.”

After a few squats and press-ups, Faryal admits:

However, she soon improved when it came to throwing punches, putting her upbringing as a “Brooklyn chick” to use.

Punching a cushion, she jokes: “Amir Khan who?”

Despite Faryal’s efforts, Amir did not give her session a glowing review, saying:

“Your stamina wasn’t the best, you lost focus literally all the time and you had loads of attitude. But the only thing that was good out of it was the left hook you had.”

Faryal then admits that she has only been in one fight after she punched someone at school for pulling her hair.

The Khans also decide to go to the gym together more often.

The next episode of Meet the Khans sees another trip to Dubai for the whole family, and Amir discussing a potential fight between him and Kell Brook.

All episodes of Meet the Khans: Big in Bolton are available to stream on BBC iPlayer.

Louise is an English and Writing graduate with a passion for travel, skiing and playing the piano. She also has a personal blog which she updates regularly. Her motto is "Be the change you wish to see in the world."
Indian Actress Hina Khan tests Positive for Covid-19
Sheheryar Munawar says Fawad Khan Bullied Him on-set?