Faryal has a Birthday Surprise for Amir on ‘Meet the Khans’

The third episode of ‘Meet the Khans’ sees Amir go to America to begin his training camp. He also celebrates his 35th birthday.

On the third episode of Meet the Khans: Big in Bolton, Amir embarks on his gruelling 10-week training regime in America. Meanwhile, Faryal and Lamaisah have a birthday surprise for him.

The episode kicks off in London where Amir puts together the final preparations for his trip to the United States.

His fight against rival Kell Brook is confirmed and he will go to America for a gruelling 10-week training camp.

Immediately, Amir and Faryal engage in a bit of playful banter as Amir reveals that his mother helped him before.

He says: “When I was younger, my mum would always come and help me, but this time I have Faryal.”

Faryal replies: “I wish your mum still did it!”

Amir then tells her: “I mean, to be honest with you, I think all you’re doing is chatting.”

Faryal defends herself, claiming that she is giving him “company”.

The pair then debate whether Faryal should visit Amir while he is in America or not.

Before going off to training, Faryal has organised a special dinner with a few friends.

As Amir greets the guests, he moans about Faryal not answering the door. Meanwhile, Faryal is upstairs getting ready.

Amir says: “She does take a very long time to get ready.”

Faryal complains that Amir does not know what it is like during that time before claiming that she has been “running round all day with the kids”.

Amir points out that their children were not there.

To which Faryal asks: “Were they not?”

As Amir continues to entertain the guests, he takes them to the kitchen where a private chef is preparing sea bream ceviche.

Faryal later presents a surprise for Amir, showing him a video of his highlights throughout his life. 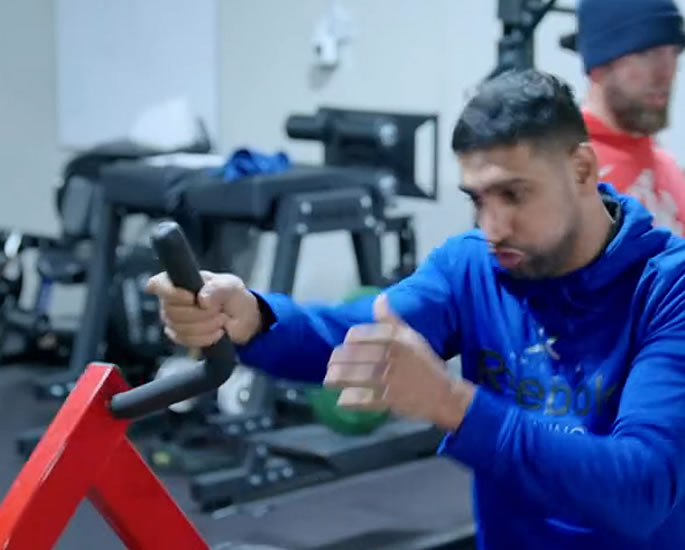 Amir begins his training, with his first stop in Omaha, Nebraska.

Amir goes through the rest of his “world-class” team, explaining their role.

His training camp is tough, with Amir getting up at 6 am, something he admits is a challenge.

Meanwhile, in Manchester, Amir’s friend Omar is with Faryal and Khadija.

Faryal explains that whenever Amir is away, Omar is there for her, describing him as a “big teddy bear”.

Omar brings up the pair’s makeup brand, to which Faryal quips:

Faryal later receives a voice note from Lamaisah in which she says:

“Daddy said I’m allowed to get a parrot.”

Faryal quickly shuts down her request, saying: “Lamaisah, daddy’s rules don’t apply in the house, mummy’s rules do, ok? We’ll talk when I get back.”

Faryal expresses her annoyance as she says Amir always promises the children things before he goes away. 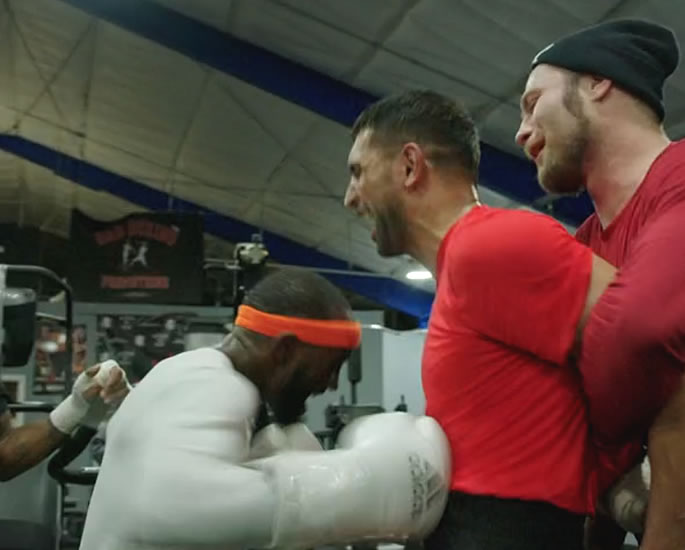 On Meet the Khans, Amir marks his 35th birthday by continuing to train and focus on his upcoming fight.

Meanwhile, Faryal is in Dubai with eldest daughter Lamaisah as they get Amir’s surprise ready.

The pair create a card for the boxer.

When Faryal tells Lamaisah that they will show Amir the card, the youngster excitedly wonders if he is coming to Dubai.

But she is slightly disappointed when Faryal says they will FaceTime him.

Amir is also disappointed, explaining that he is stuck in a freezing flat when he could be out somewhere nice.

He soon receives a surprise in the form of a cake from his friend Kaz.

Due to being in training camp, he cannot enjoy the cake but Amir cheekily helps himself to some of the icing.

Faryal and Lamaisah ring Amir and sing ‘Happy Birthday’ to him.

The short call got Amir emotional as he admitted that it was difficult being away from his family.

Back in the gym, his teammates have an unconventional birthday surprise for Amir as his arms are held back and is forced to take 35 body punches from Terence Crawford.

Meet the Khans continues on May 19, 2022, on BBC Three. All episodes are available to stream on BBC iPlayer.

Dhiren is a journalism graduate with a passion for gaming, watching films and sports. He also enjoys cooking from time to time. His motto is to “Live life one day at a time.”
Aijaz Aslam claims Urwa Hocane has ‘Attitude Problems’
Suhana Khan & Khushi Kapoor to debut in ‘The Archies’