On episode five of ‘Meet the Khans’, Amir returns to the UK and Faryal wants to add a lavish handbag to her collection, but it costs £26,000.

"You're holding my car on your wrist."

The penultimate episode of Meet the Khans: Big in Bolton sees Amir return to the UK after training camp ends. Meanwhile, Faryal is keen to add to her bag collection, but the one she wants has a £26,000 price tag.

In Colorado, Amir continues with training as his grudge match against Kell Brook edges closer.

But he still needs to work on some things as his trainer BoMac advises him not to move back with his left hand down.

BoMac tells Amir: “He could do a double right hand and you’re going to eat that all day. You don’t want to do that.”

Amir pays attention to his advice but he admits:

“You know there comes a time where you get a little bit sick of him yelling at you, telling you what to do and stuff.”

He later states that the pain in his shoulder has returned. In the gym, a doctor prepares to manipulate his shoulder to release the pain. 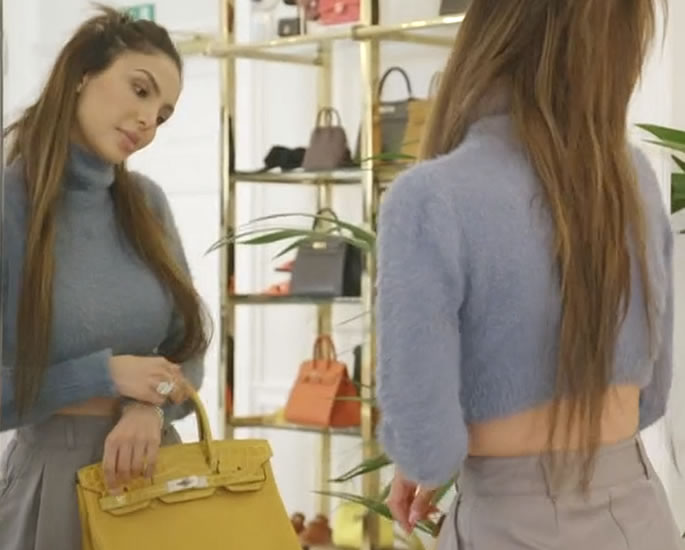 In London, Faryal and Khadija have a private shopping session at Hermes, one of the world’s most sought-after handbag brands.

Faryal admits she is obsessed with handbags.

She and Khadija are then taken to see one particular handbag that is displayed in a glass box. Faryal even has to wear gloves before she can hold it.

The luxury bag is made from alligator leather, which Faryal loves.

Faryal then recalls her history with Hermes bags.

Meanwhile, Khadija states that she can only afford the smallest bag, however, her jaw drops when she discovers that it costs £4,000.

Faryal is presented with a yellow Hermes Birkin Touch bag, which is considered to be a mid-range Hermes bag, costing £26,000.

Faryal is stunned by the hefty price while Khadija laughs:

Although Faryal is tempted by the bag, she decides that she needs to think about it. 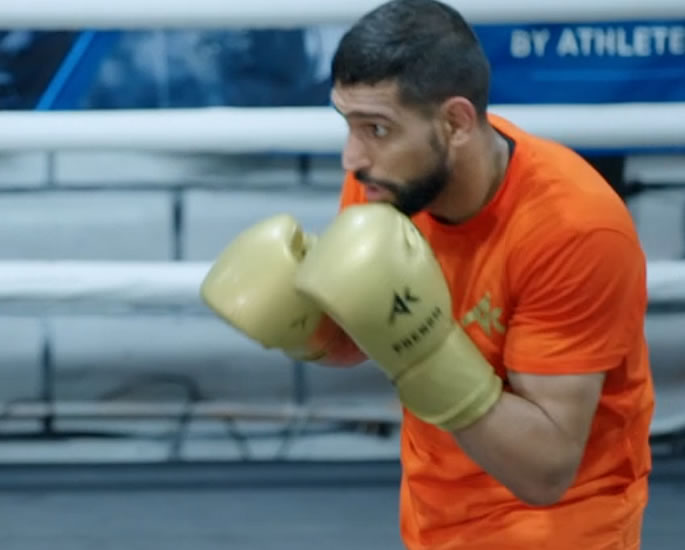 After a gruelling training camp in America, Amir returns to the UK and brings his entire team.

Just a week before the fight, Amir continues training at his Bolton gym while Faryal looks on and she reveals that it has been a stressful ordeal for her.

Amir’s father and brother are also there watching and revealing their own nerves about the upcoming fight.

But it is not just the final touches in the gym, Amir also has to fulfil a lot of media obligations.

Amir admits that doing interviews is “tiring” and says that he prefers to do “10 rounds in the ring”.

He then takes part in the open workout, arriving at the Trafford Centre in a Rolls-Royce.

Amir enters the ring to a chorus of cheers and works out while his rival Kell Brook watches.

Tears at the Weigh-In 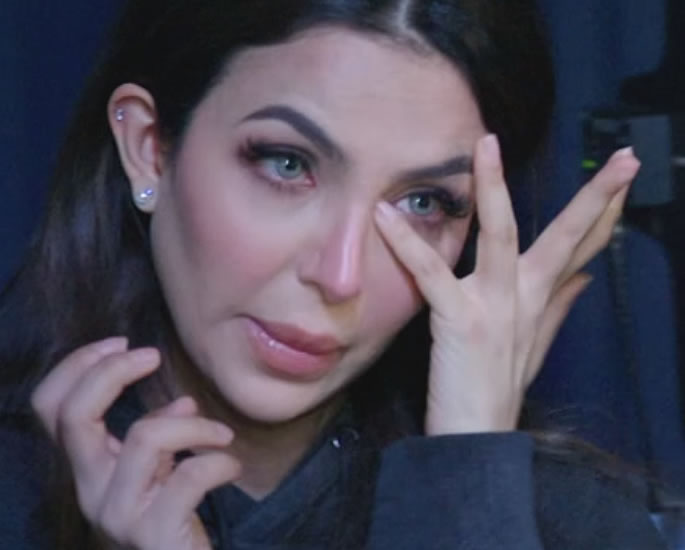 A day before the fight, Amir must weigh in and Faryal attends to support her husband.

She also handles the logistics to ease the pressure off Amir who is solely focused on his bout, organising team photos and telling them where to go.

The moment quickly arrives as Amir makes his way to the stage.

As Amir waits to go out, he questions whether he still has the love for boxing. But the crowd cheers him on.

Meanwhile, as Kell Brook weighs in, Faryal is visibly emotional, wiping away tears.

She says: “This is why I don’t go to events.

“Seeing Kell up there makes me feel sick. Knowing the fact that he wants to hurt Amir is making me feel sick.”

Amir then takes to the stage and admits he feels nervous, but after bringing his father with him, he felt calmer.

A preview of the final episode of Meet the Khans sees Amir on fight night as he prepares to take on Kell Brook.

Meanwhile, a tearful Faryal stays behind.

Meet the Khans continues on June 2, 2022, on BBC Three. All episodes are available to stream on BBC iPlayer.

Dhiren is a journalism graduate with a passion for gaming, watching films and sports. He also enjoys cooking from time to time. His motto is to “Live life one day at a time.”
Anoushey Ashraf shares accounts of Male Abuse Victims
Shannon Singh soars temperatures as She poses Naked