The fifth episode of ‘Meet the Khans’ sees the couple embroiled in a heated row before going on a big family trip to New York.

The fifth episode of Meet the Khans: Big in Bolton sees the family go on holiday to New York but not before the couple have a heated argument at home.

The action gets going as Amir goes on a run. He also discusses the motivation needed to be a fighter.

In addition, Amir explains after hard sessions are over, fighters must ensure that their nutritional intake is correct.

Back at home, Amir waits for his food to be cooked, asking Faryal:

“You can make me that triangle one.”

Faryal then lives up to her boss moniker, telling her husband:

“Listen, I’m making you whatever I want and you eat it, okay?”

She then explained that when Amir is training, he expects his meals to be ready for him. As a result, he can get “a bit grumpy”.

A Row over Tea 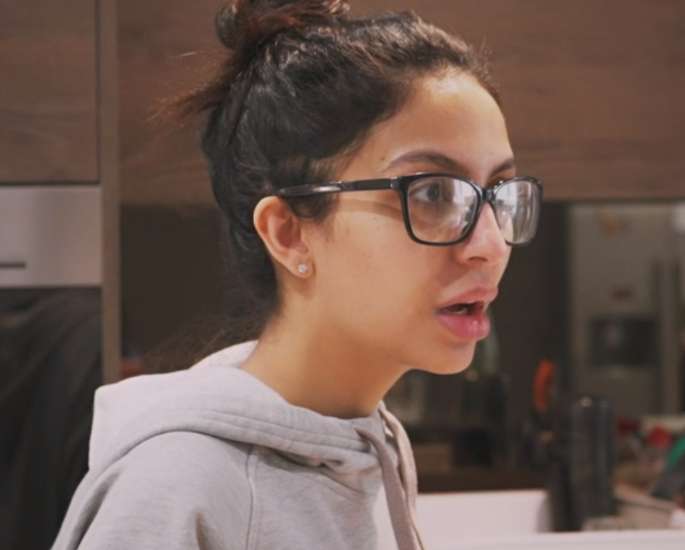 The couple then gets involved in a quarrel over tea when Amir notices Faryal has not filled his mug up.

The boxer asked: “Why don’t you fill my tea up? I don’t understand.”

Faryal bluntly responds: “Because you never drink it!”

Amir tells the camera that Faryal only ever makes him half a cup of tea.

As Amir continues to question why his cup is not filled up more, Faryal tells him:

Meanwhile, their eldest daughter Lamaisah ignores her rowing parents as she continues playing on her iPad.

Amir continues: “I like a full cup of tea.”

Faryal says: “When you add milk, it gets less strong, right? You know that, right?”

Amir then says: “If you add too much milk, it gets to milky.”

The couple go back and forth before Faryal angrily shouts: “Amir, shut up!”

What follows is an awkward silence between the couple as Amir quietly eats his breakfast. Faryal then breaks the silence by bizarrely asking her husband if he wants lasagne for breakfast.

Amir obliges but as he eats it, he criticises Faryal’s cooking. He says it has too much tomato before saying:

“Probably one of the worst ones I’ve had. Seriously.”

A Holiday to New York 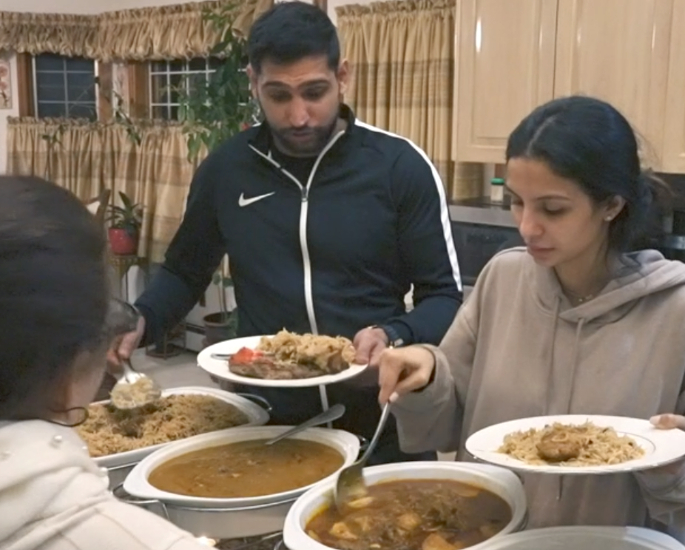 The family are later seen at the airport as they plan to travel to New York.

The couple are with their three children, as well as Faryal’s mother.

Faryal, who is known for her glamorous outfits, stated that she looked like a “junkie”. She wore a hoodie and went makeup-free.

She says: “Its cos we were in the car for four years. Then Alayna threw up on me.”

Faryal said that travelling with a baby, toddler, six-year-old and Amir is “full-on”.

Upon their arrival in New York, they were greeted by Faryal’s father, who was excited to meet his grandson, Muhammed Zaviyar, for the first time.

At his in-laws’ house, Amir explains that he ends up putting on weight every time he visits them.

Amir is then met with a huge spread of food and admits:

“Training camp goes out of the window.”

Amir’s plate is then piled high with food as he pleads with his in-laws that it is too much.

The family then indulge in the meal and enjoy quality time together.

Getting Fight Ready & Trip to the Hair Salon

The family return from their New York trip and Amir is straight in the gym.

Although he is in the latter stages of his boxing career, Amir says he is not ready to retire yet.

Despite not having a fight booked, Amir is keen to do some intense training at his gym.

When it comes to being a champion boxer, Amir believes a lot of it is down to eating the right food and he visits a nutritionist.

He then has a blood test to see what he needs to be doing to get his body in optimal condition.

Meanwhile, Faryal visits the hair salon for a drastic transformation.

She decides that she wants to go blonde. It ends up taking eight hours.

During her time at the salon, Faryal speaks to friends and her daughter on the phone.

After her hair is washed, straightened and styled, Faryal shows off her new looks to her social media followers.

An Emotional Chat about Boxing 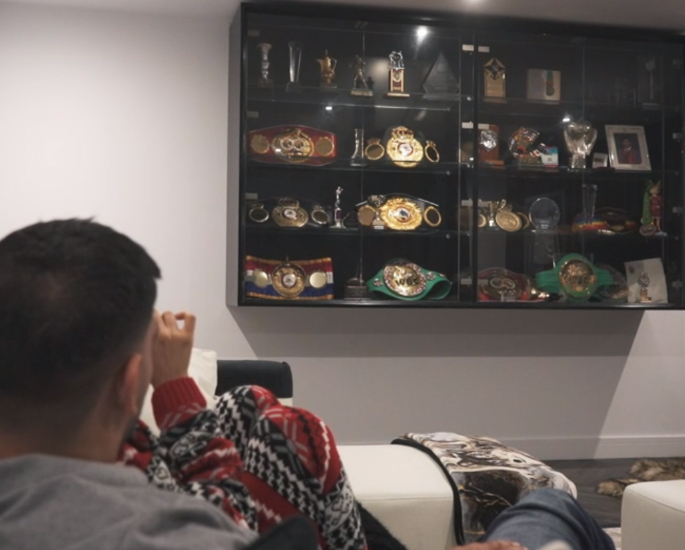 Meet the Khans continues with boxing as the couple discuss Amir’s boxing achievements.

From winning an Olympic silver medal in 2004 to his world titles to meeting Muhammad Ali, Amir said it has been “blood, sweat and tears”.

He tells Faryal that he would like to return to the ring soon, saying that his children will be able to watch him as they are getting older.

However, Faryal insists that she would never let the children watch.

She admits: “I’m not too happy that Amir wants another fight, but I need to think of what he needs and what he wants, and I need to tell him how I feel, but at the same time, I don’t want to feel selfish.”

Amir explains that boxing keeps him busy and he feels he has one or two fights left.

Faryal emotionally tells Amir that she hates watching him fight.

On the day of a fight, Faryal explains: “I don’t eat all day, literally, I can’t talk.”

Amir concludes by saying he will always be involved in boxing, even after retiring.

The next episode of Meet the Khans sees the famous couple travel to Dubai as they go in search of a holiday home.

Also, Amir is asked about how much money he has in his bank account.

Meet the Khans continues on April 26, 2021, on BBC One. All episodes are available to stream on BBC iPlayer.

Dhiren is a journalism graduate with a passion for gaming, watching films and sports. He also enjoys cooking from time to time. His motto is to “Live life one day at a time.”
Ranveer Singh shares Bollywood Experience as an Outsider
7 Indian Web Series to Watch on Amazon Prime in 2021