7 Indian Web Series to Watch on Amazon Prime in 2021

Bollywood stars are making their debut on digital. We present 7 Indian web series that are a must-watch on Amazon Prime Video in 2021.

Whilst others have also made their way onto Amazon Prime Video, some of the best Indian web series are yet to come.

Amazon Prime Video has a rich mix offering for 2021, including comedy, action and thriller.

DESIblitz brings together a list of 7 Indian web series that should not be missed in 2021. 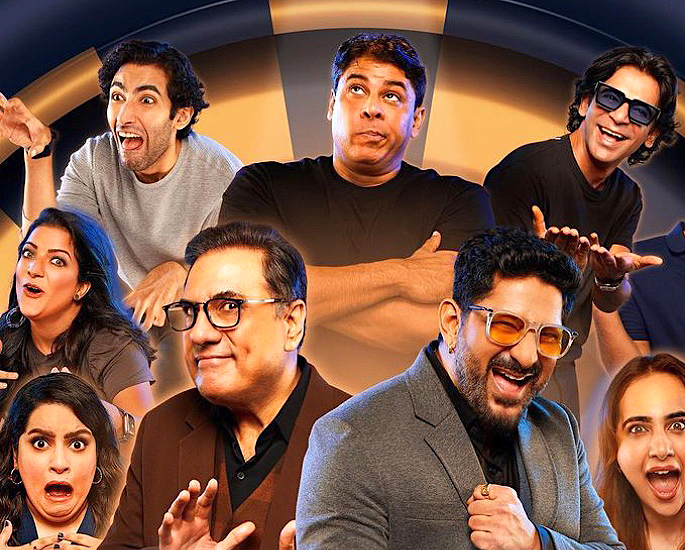 Lol – Hasse Toh Phasse is a comedy Indian web series of a different kind. Utsav Chatterjee and Jahnvi Obhan are the directors of the series.

The writers of the show are Anirban Dasgupta, Sourav Ghosh and Saurav Mehta.

Actor Boman Irani went on Instagram to share the trailer of the series, with a caption stating:

The stand-up comedians will compete against each other, holding back their laughter. The one who can keep a straight face at the finish will be the winner.

This is the Indian version of the popular series, which has already been showing in other countries.

The six-part series will be available on Amazon Prime from Friday, April 30, 2021. 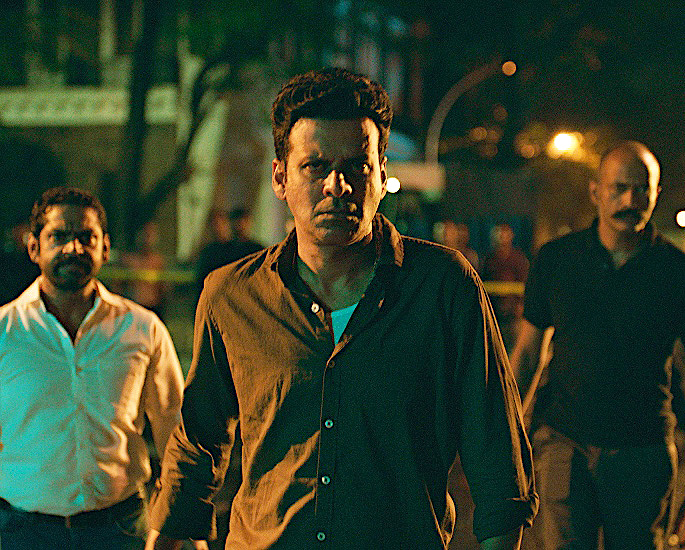 Season 2 of The Family Man will see Srikant Tiwari (Manoj Bajpayee), playing the lead character once again in the espionage thriller.

Srikant is a reputable spy who is caught in the middle. He has to fulfil family obligations and safeguard the country from terrorist threats.

Sharib Hashmi (JK Talpade) and Samantha Akkineni (Raji) are other cast members amongst many others.

Samantha who comes into the fold for season 2 is an antagonist, coming up against Srikant. She told IANS of breaking over-the-top (OTT) rules and experimenting with season 2:

“I’ve broken a lot of rules with The Family Man 2, and really experimented with something extremely new.”

Raj Nidimoru and Krishna DK are the creators of the series. They announced for season 2 on November 28, 2019.

Originally releasing on February 12, season 2 will come out in the summer of 2021.

If season 2 is as good as the first edition, the audience is in for a real treat. 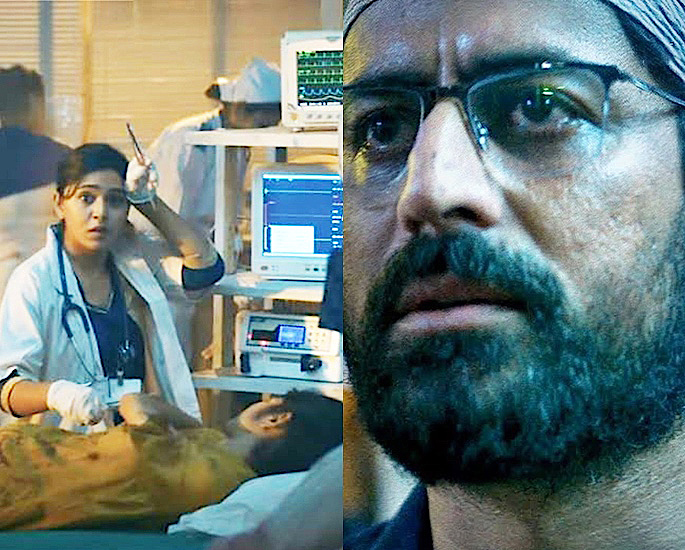 Mumbai Diaries 26/11 is a medical Indian webs series, marking the 12th anniversary of the terror attacks in Mumbai on November 26, 2008.

The setting of the series is a hospital. The drama series tells the story of medical professionals and practitioners who were on the frontline, saving lives during the terrifying confrontations that hit the city.

Sharing more on the theme of the show with the Times of India, Nikhil Advani said:

“There have been several shows and films centred on the incident but no one has explored the doctors’ side of it.

“With this medical drama, we aim to champion the human spirit in the face of unprecedented danger and celebrate the brave doctors who had saved the day while keeping the sensitivity of the topic in mind.”

Amazon Prime Video went on to unveil the trailer of the series on November 26, 2020.

The teaser shows doctors, nurses and paramedics, finding it difficult to cope as many victims continue to come in.

The web series will premiere on the service in 2021, transmitting across many countries and regions. 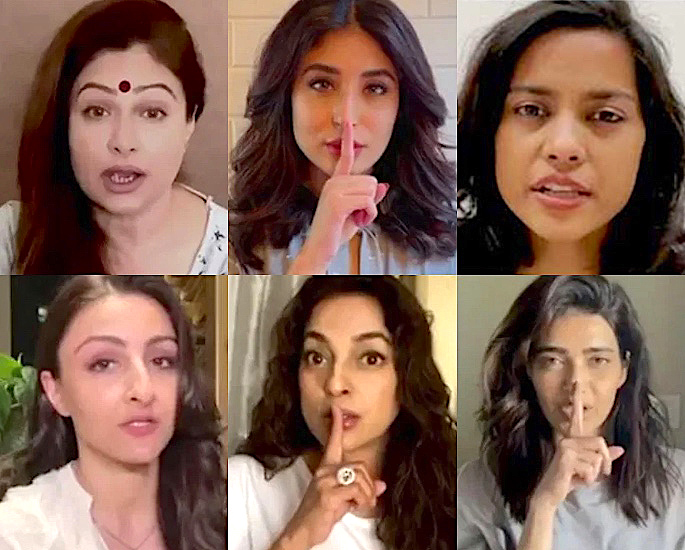 Hush Hush is a tentative name for a web series, which has a super women-centric lineup.

Yesteryear stars Juhi Chawla and Ayesha Jhulka will front the series. The series marks the digital debut for Juhi Chawla.

The series happens to be a thriller genre. Soha Ali Khan went on Instagram to post the first look of the series, starring the strong female protagonists.

In the video, before a hush comes in, the actresses mention:

“As we celebrate women around us today, we are excited to share our new series, a story about strong women created by strong women.

Kopal Nathani is the director of the episodes, with National Award-winning writer Juhi Chaturvedi responsible for penning down the dialogues. 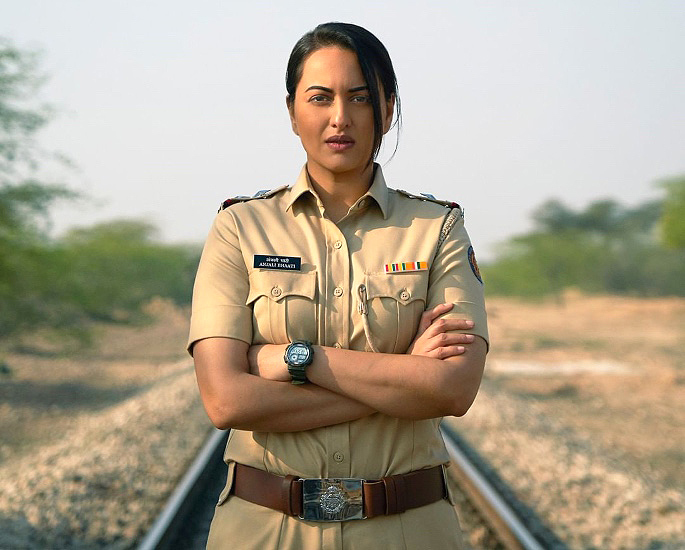 Sonakshi makes her debut on the digital platform, playing a tough cop in this crime Indian web series.

The official social media handles for the streaming service put out the same first look before international Women’s Day.

An image of Sonakshi shows the actress standing in front of the camera on a railway track.

With determination on her face, Sonakshi has her arms crossed. Alongside the image, a caption read:

“There’s no limit to what women can accomplish. Our collective belief in this has only been reinforced time and again.

“And on the eve of #WomensDay, we’re taking things up a notch! Can’t wait for #Sonakshisinha to show us yet again how girls get it done. Coming soon!”

The web series is helmed by Reema Kagti and Ruchika Oberoi. Ritesh Sidhwani, Farhan Akhtar, Kagti and Zoya Akhtar are the producer of the project.

Made in Heaven Season 2 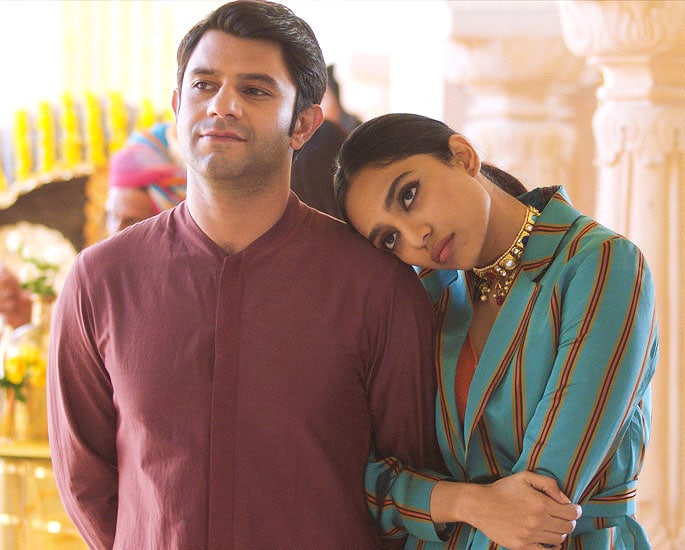 Made in Heaven 2 is a romantic web series, which will have a second season.

After creator Zoya Akhtar had announced the second edition, fans got really excited.

The story for the first series of Made in Heaven followed two wedding planners from Delhi, Tara Khanna (Sobhita Dhulipala and Karan Mehra (Arjun Mathur).

Despite having personal issues, the duo go the extra mile to assist clients with the planning of their dream wedding.

It is believed in season 2, will highlight international wedding planning. Sobhita went on Twitter to post a short positive message from the makers:

“We are excited to have you on the ‘Made in Heaven’ team and are looking forward to starting this incredible journey with you!”

It was a collective note from Ritesh Sidhwani, Farhan Akhtar, Zoya Akhtar and Reema Kagti.

Filming for the Prime Original began on March 2, 2021. Season one came to an end on a good note. 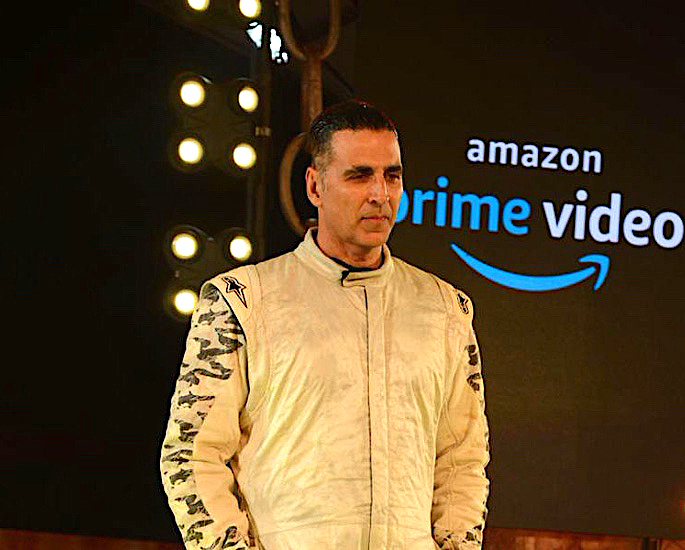 The End is an Indian web series that will feature Bollywood actor Akshay Kumar. This is the first digital project for Akshay.

The web show is an Amazon Original series full of action and thrilling moments.

Akshay tells Variety that this web series gave him a chance to reunite with his beginnings:

“‘The End’ takes me back to my days of stunts, something I have always had a real passion for.

“I’ve previously said that I’m a stuntman first and an actor second, so to go back to doing real-life, heart-raising action on set is so exciting.”

During the launch of the series in 2019, Akshay was literally on fire, walking down quite a long ramp. Akshay went on Twitter to put out a Tweet at the time:

“Literally, all fired up for my association with @PrimeVideoIN’s THE END (working title). Trust me, this is only the beginning.”

Reports suggest that Akshay will receive a handsome amount for this web series, with varying figures circulating.

Makers are hoping to release the Indian web series later in 2021.

There are other Indian web series, which will also be streaming on Amazon Prime Video. This includes Season 3 of Four More Shots Please! (2021).

Amazon Prime Video definitely has an impressive programme in terms of web series for 2021.

The audience can enjoy watching some of their favourite actors and actresses on their TV screens too.

Faisal has creative experience in the fusion of media and communication and research which increase awareness of global issues in post-conflict, emerging and democratic societies. His life motto is: "persevere, for success is near..."
Amir & Faryal argue before New York Trip on ‘Meet the Khans’
Priyanka Chopra reveals difficulty for Indian Actors in Hollywood