"You’re always nervous when you have to kiss a man."

These sexy web series form part of Amazon’s Original Programming strand. This includes web shows such as Mirzapur (2018) and Made in Heaven (2019).

Many known celebrities feature in these adult web series, with the likes of Zoya Akhtar taking care of direction.

We look at 5 Indian bold and sexy web series that are a must-watch on Amazon Prime Video.

Warning: There are some semi-nude images below: 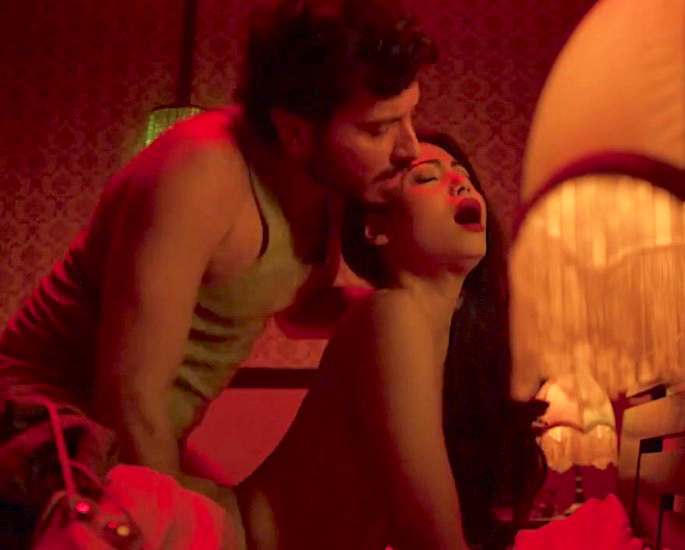 Mirzapur is an Amazon Prime Original crime drama series in Hindi that has become very famous with viewers.

The sexy web series is very action-packed, particularly as it touches upon drugs, killings, rivalries and a state of disorder.

The Purvanchal region in Uttar Pradesh is the setting of the show, portraying how mafia dons go about ruling and governing this area.

“Women, like men, have sexual desire and there is nothing wrong with it.

“When I read that scene, and got to know about the entire graph and story of Mirzapur, I even for two second didn’t think of my scenes as ‘bold scenes’.

“It was a normal and regular as having coffee.” 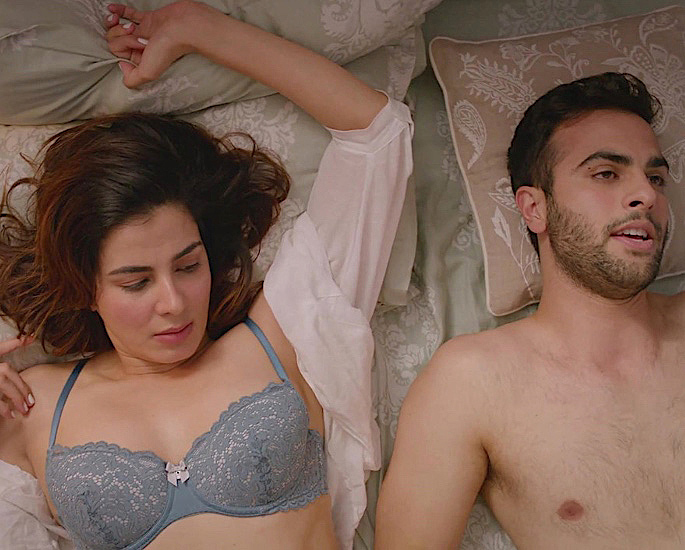 Four More Shots Please! is an Amazon Prime Original rom-com sexy web series. English and Hindi are the original languages of the series.

It is one of the most popular web shows from India. The web series revolves around four defying yet imperfect women. Two of the millennials are in their thirties, with the other two being around their early twenties.

The show also touches on the sustainability of friendship, as well as obstacles that come in people’s professional and personal lives.

In her review for India Today, Shweta Keshri describes the series as a “desi version of Sex and the City.” 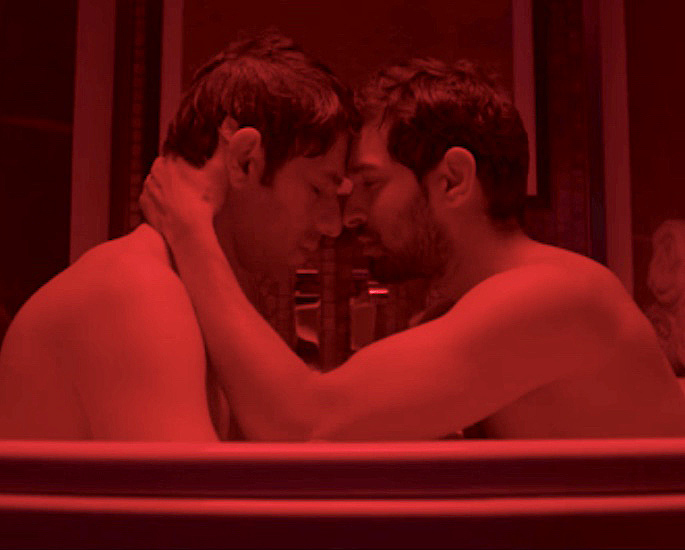 Made in Heaven is an English and Hindi fictional romantic web series, which saw several directors collaborating. They include Zoya Akhtar, Nitya Mehra, Prashant Nair and Alankrita Shrivastava.

The duo run an agency in Delhi going by the name of Made in Heaven. The series looks at how traditions collide with contemporary desires.

This sexy web series also reveals the secrets and lies of big fat weddings in the capital.

There are also several nude and bold scenes in the series. Arjun told Film Companion about the challenges of shooting an intimate scene with Vikrant Massey (Nawab Khan), which looked amazing on screen:

“Loves scenes are so hard to shoot. You’re always nervous when you have to kiss a man. But when I saw this scene on the big screen for the first time I was taken aback by how beautiful it looked.

“I couldn’t believe it was me.”

Season one of the series, consisting of nine episodes premiered via Amazon Prime Video on March 8, 2019. 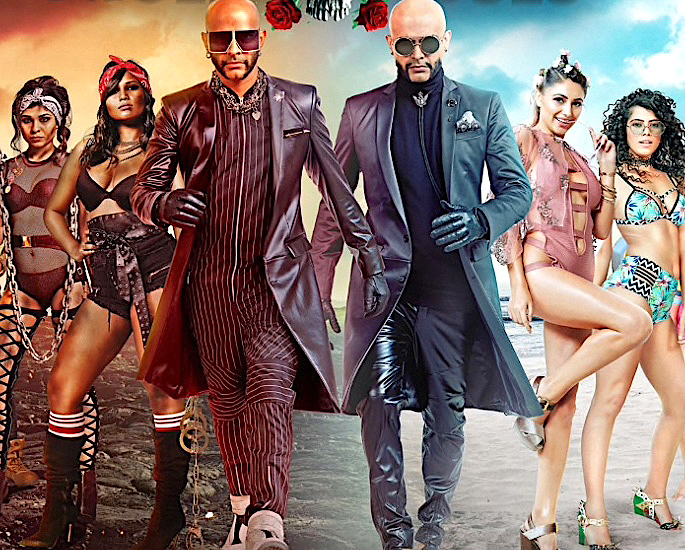 Skulls & Roses is an Amazon Original reality web series that became a hit with fans.

Raghu Ram and Rajib Lakshman are the two hosts of the show. The series shows different couples competing with one another on Skull Island, putting their relationships to the test.

Beautiful South Africa acts as the backdrop for this show, with sixteen participants in total. The participants include eight well-built young-looking men. Equally, there are eight bold women often dressed in bikinis.

Writing on the series for The Press Journal, Heer Kothari notes:

“The concept is indeed refreshing and redefines the very being of a reality show.

“The show compels participants to check on the three pillars of psychology within themselves — that is the id, ego and super-ego.” 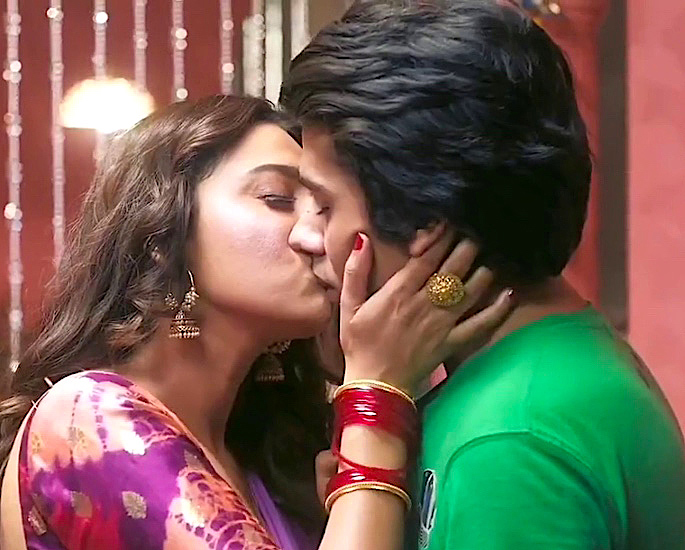 Rasbhari is a bold romantic English and Hindi web show, which Shantanu Srivastav has directed.

Meerut in Uttar Pradesh is the setting of this sexy web series. This drama narrates the life of young man Nand Kishore Tyagi (Ayushmaan Saxena).

He becomes crazy about Shanu (Swara Bhaskar), a local English teacher. Having a second identity as Rasbhari, Shanu has an obsession with sex.

Throughout the show, viewers will get to see some fascinating aspects in the life of Nand. The plot also focuses on the interactions that Rasbhari has with people near her.

Nand’s mother Pushpa (Neelu Kohli) also has a vital role, initiating a witch hunt against Shanu. Archika Khurana from the Times of India, highlights a positive side of the series, stating:

“Nikhil Nagesh Bhat’s ‘Rasbhari’ is an erotica that never gets crass and sleazy.”

“The small-town vibe has been captured well in the series, which is accompanied by relatable characterisation.”

This psychological sexy web series came out on June 25, 2020. Season one, has 8 episodes, with each part having a running time of between 30-35 minutes.

Many fans are already hooked on some of these sexy web series. For example, viewers in India and across the globe just cannot get enough of Mirzapur.

Faisal has creative experience in the fusion of media and communication and research which increase awareness of global issues in post-conflict, emerging and democratic societies. His life motto is: "persevere, for success is near..."
Sonam Kapoor Reminisces after 13 Years in Bollywood
Arnab Goswami released on Bail on Supreme Court’s Orders