"I’ve been blessed to have worked with the best"

Actress Sonam Kapoor has completed 13 years in Bollywood since her debut in Saawariya which co-starred Ranbir Kapoor.

To commemorate the joyous occasion, the actress walked down memory lane and shared a picture from her first photoshoot with Ranbir for the film Saawariya, which was directed by Sanjay Leela Bhansali.

“13 years ago I debuted with Saawariya. Each and every moment in this industry has been a blessing.

“The good bad and ugly has all been intensely cinematic.

“Thank you India and thank you to each and every filmmaker who believed in me.

“I’ve been blessed to have worked with the best who’ve pushed me to give my best.

“(This image is also my first photoshoot ever, shot by the incredible @patrickdemarchelier for @vogueindia.”

While captioning the post, the Aisha actress looked back at her days in the industry where she has witnessed all the happiness and tribulations.

Apart from that, Sonam Kapoor also shared a video on Instagram where she looked back at the amazing films she acted in over the years.

From Saawariya to Sanju, Veere Di Wedding and others, the actress shared beautiful moments from all these movies in the video.

Talking about the same, she wrote:

“I have re-entered my teens, you guys!

“Thirteen years of being on set, playing various characters, sinking my teeth into complex roles, doing press junkets, attending parties, winning awards, working with some of the most prolific people in the industry – this journey has been one of the most gratifying, fruitful and beautiful ones that I’ve taken.

“I want to take this moment to thank all my directors, producers, crewmates, colleagues and most of all, my fans, for being as supportive, excited and happy for me.

“From Saawariya to Blind, over the years, nothing has changed for me.”

“Beyond grateful for this life, opportunity and love! Love you guys!”

Apart from Sonam, Ranbir Kapoor also clocked 13 years in the industry after he featured with Sonam in the film.

Before Sonam was launched as the leading lady in Sanjay Leela Bhansali’s film, she worked with him as an assistant director.

Gulabji directs Raj to a local boarding house, and he begins to explore his new home.

But soon the restless Raj meets the stunning Sakina (Sonam Kapoor), a young Muslim who spurns his advances.

As Gulabji pines for the handsome musician, Raj falls hard for the elusive Sakima who secretly harbours her own unspoken desires. 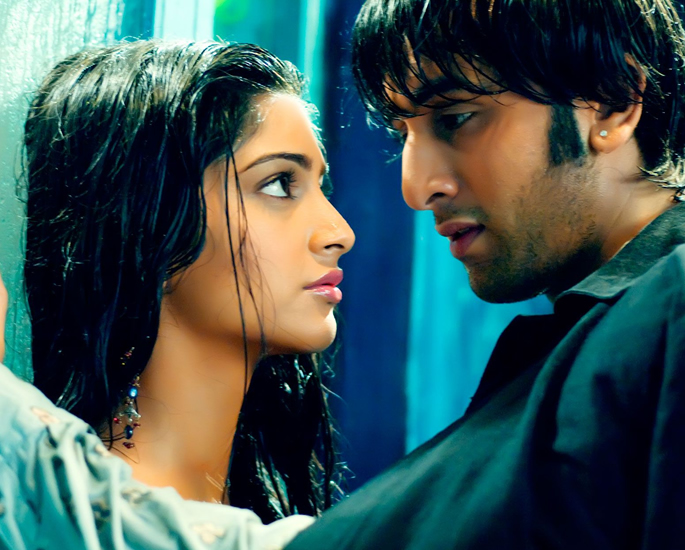 Sonam was last seen in Abhishek Sharma’s The Zoya Factor in which she shared screen space with Dulquer Salmaan.

Sonam Kapoor Ahuja next will be seen on screen in Hindi remake of Blind. The film revolves around a visually impaired girl, who was a former student at the police academy.

The twist in the story comes when she becomes the sole witness of a hit and run case. Later, in a series of events, she helps the cops to solve some mysterious murders.

Blind is a South-Korean, action-drama film, released in 2011. Many reports surfing online speculate that Vikrant Massey will also play a pivotal character in the film.

Apart from that, it is also rumoured that the upcoming Hindi remake will mark the directorial debut of Sujoy Ghosh’s assistant Shome Makhija.

Reportedly, the thriller-drama will be bankrolled jointly by Sujoy Ghosh and Viacom 18 Motion Pictures.

Akanksha is a media graduate, currently pursuing a postgraduate in Journalism. Her passions include current affairs and trends, TV and films, as well as travelling. Her life motto is 'Better an oops than a what if'.
Diljit Dosanjh Grooves to new ‘Suraj Pe Mangal Bhari’ Tune
5 Indian Bold & Sexy Web Series on Amazon Prime Video