“I remember each day of the shoot vividly. The memories of the film seem so fresh."

It is on October 16, 1998, that Rahul and Anjali came into our lives, and taught us about love, friendship and so much more.

With Kuch Kuch Hota Hai releasing 20 years ago, Dharma Productions will host a grand bash to commemorate the special occasion.

Karan Johar will host the event, with the star cast of the film in attendance. This includes Shah Rukh Khan, Kajol and Rani Mukerji.

The Koffee with Karan presenter tweeted to mark the anniversary:

“I can’t believe it’s been #20YearsOfKKHH! A film that gave me love, acceptance and a career…will always be eternally grateful to @KajolAtUN @iamsrk #rani and @BeingSalmanKhan for indulging a 25 years old boy with stars in his eyes! Thank you for all the love.” 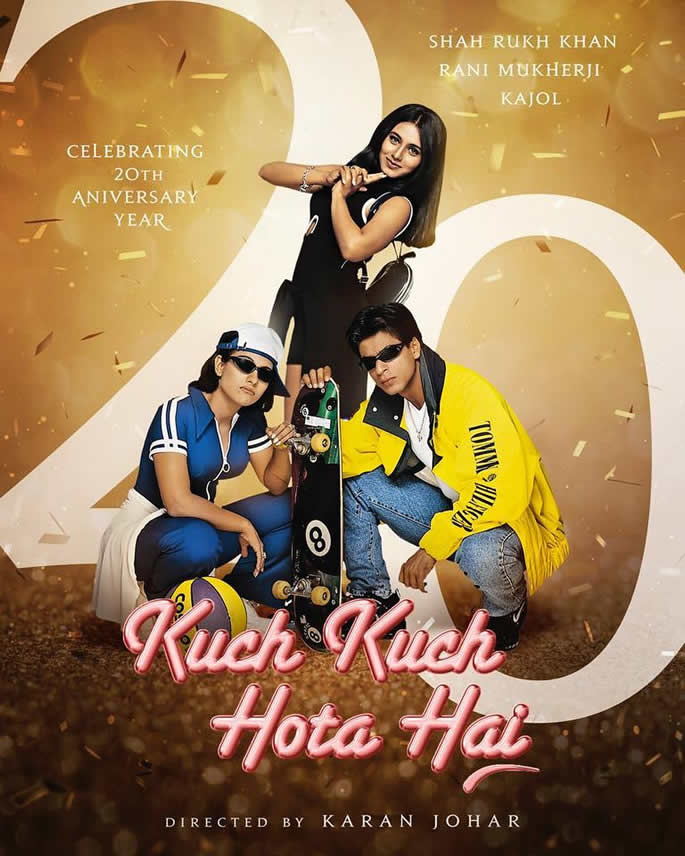 As well as this, the head honcho of Dharma Productions also put out a 20 years anniversary video on Instagram, along with a caption reading:

“This film marks my love for cinema. From pyaar, dosti & everything in between – #KuchKuchHotaHai was all heart and will always be! #20YearsOfKKHH.”

Several years later, Tina dies during childbirth and leaves behind a letter to her daughter to open on her 8th birthday.

In the letter, Tina tells her daughter (also called Anjali) all about Rahul and Anjali. This prompts the 8-year-old Anjali to reunite the two of them, but as lovers as opposed to just being a friend.

“I remember each day of the shoot vividly. The memories of the film seem so fresh. I don’t really remember the experience of any other film as distrinctly.”

On how it impacted the lives of the cast, Karan said:

“It was a landmark film for so many careers. Shah Rukh and Kajol were already superstars when they worked on ‘KKHH’ but even then, the film has been one of the highlights of their careers.”

He continued: “Rani started her journey with the film and it set her up for stardom too.”

Stars of the film and other celebrities attended a special gathering to celebrate the 20 years of KKHH. 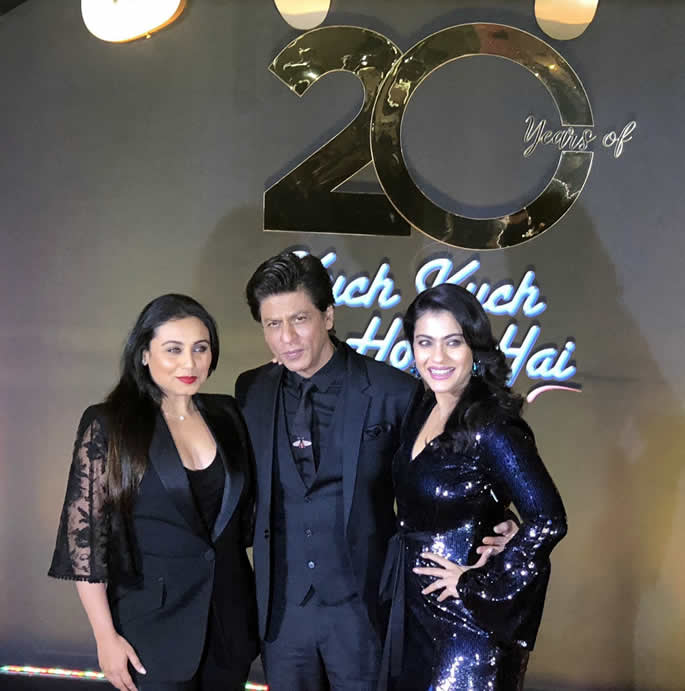 Rani and Kajol appeared for photographers with SRK in the middle and they both even planted a kiss on either side of his cheeks much to the cheer of those present.

The music of the film was also greatly appreciated, with the album becoming the best soundtrack of the year.

While hosting his radio show ‘Calling Karan,’ the filmmaker was asked who he would cast in the remake of Kuch Kuch Hota Hai.

“If I made Kuch Kuch Hota Hai 2, I would cast Ranbir Kapoor, Alia Bhatt and Janhvi Kapoor in it.”

All three are connected with the supreme director. Karan launched Alia in Student of the Year (2012) and directed Ranbir in Ae Dil Hai Mushkil (2016). Janhvi was launched in Dharma Productions’ Dhadak (2018).

As we celebrate 20 years of an iconic film, let’s hope contemporary films also leave a lasting impact the way the way Kuch Kuch Hota Hai did two decades ago.

Hamaiz is an English Language and Journalism graduate. He likes to travel, watch films and read books. His life motto is “What you seek is seeking you”.
Salman Khan’s ex Somy Ali shares powerful #MeToo Post
Priyanka Chopra and Nick Jonas confirm their Wedding Date?