Actress Priyanka Chopra and Singer-Songwriter Nick Jonas will reportedly tie the knot in a three-day ceremony from November 30, to December 02, 2018.

“I think that’s the one thing we really connected on, is our love for family"

It is being reported that Indian actress Priyanka Chopra and singer-songwriter Nick Jonas from the USA will get married at the end of 2018.

Following a whirlwind romance, the Indo-American couple initially got engaged earlier in 2018.

After much speculation, as per a report by the Times of India, the Desi girl and her American boy will be tying the knot in a three-day ceremony from November 30, to December 02, 2018.

The two will reportedly marry in Rajasthan’s second largest city Jodhpur. Family and close friends are expected to attend and witness the special day for this couple.

Priyanka and Nick have been spending plenty of time in Jodhpur with friends, and whilst there, they have been scouting for a wedding venue.

According to the Times of India, the main event will be held at Jodhpur’s Umaid Bhawan Palace in front of 200 guests. 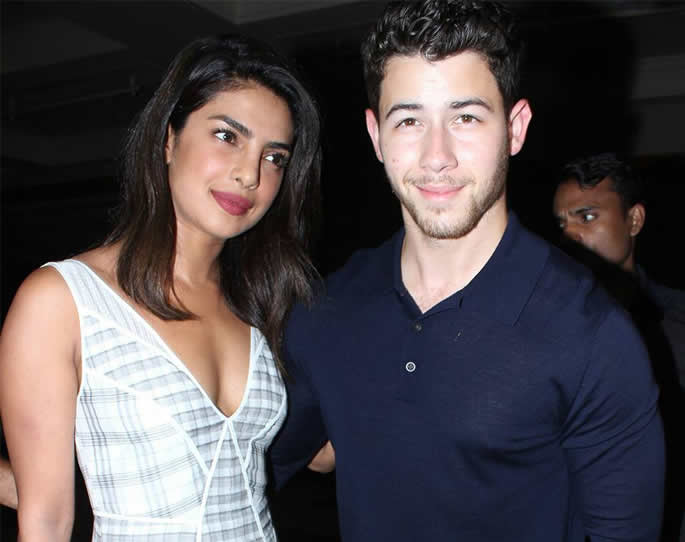 Prior to the three-day event, Priyanka will host a bridal shower in New York as most of their Hollywood friends are based in the city nicknamed ‘Big Apple.’

The loved-up couple announced their engagement to the world in August 2018. They hosted a party in Mumbai, which was attended by family and close friends.

They also took part in a significant Roka ceremony, wearing traditional outfits for the occasion.

The event was attended by Bollywood celebrities including Priyanka’s cousin Parineeti Chopra, along with Alia Bhatt and Arpita Khan Sharma.

Priyanka and Nick first met at the 2017 Met Gala in New York. At the time, they were seen wearing Ralph Lauren.

The two became acquainted with one another their on. And after plenty of speculation, the two confirmed their relationship.

Nick proposed to Priyanka during a trip to London where the couple were celebrating her 36th birthday.

In a recent interview with Entertainment Tonight, the Dostana (2008) star shared what she would like her wedding dress to be like. She said:

“I always believe that anything and everything that I wear, I have to be comfortable and cute. So it’s going to be cute and comfortable.”

Clearly looking forward to the upcoming nuptials, Nick posted a picture on Instagram of himself and his fiancée looking into the distance. 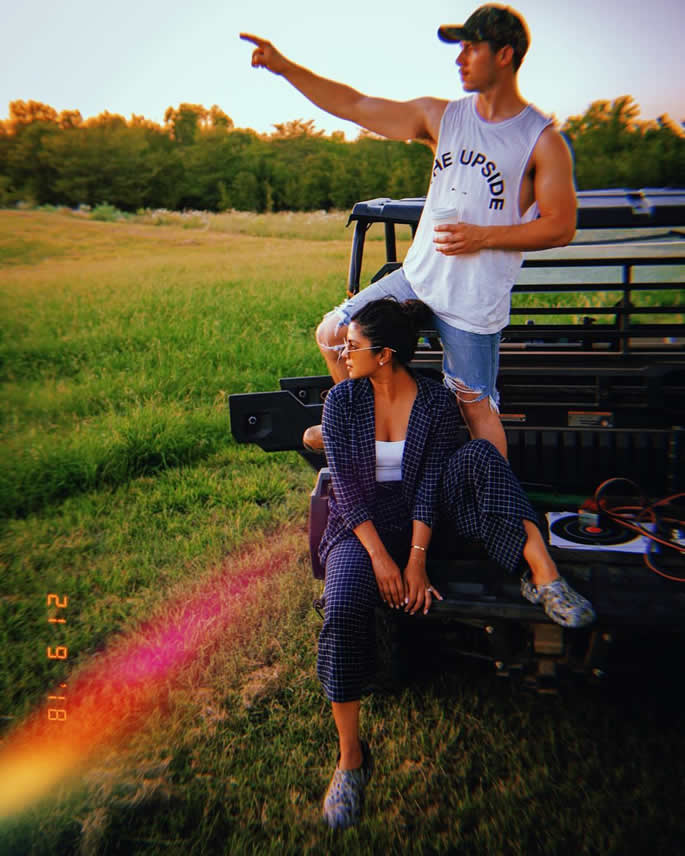 He captioned it: “When the future looks oh so bright.”

Priyanka commented on the picture in response, saying: “I can’t wait.”

In a media interaction with E! News at an event, the actress spoke about the connection she shares with her fiancée. She explained:

“I think that’s the one thing we really connected on, is our love for family and knowing faith is so important.”

Priyanka is not the only actress within her contemporaries to be getting married in recent times.

Anushka Sharma got married to cricketer Virat Kohli in 2017, and Sonam Kapoor tied the knot with Anand Ahuja in 2018.

As well as this, Priyanka’s Bajirao Mastani (2015) co-stars Ranveer Singh and Deepika Padukone are strongly rumoured to be getting married, possibly in 2018 also.

On the work front, the Quantico (2015-2018) actor has been busy shooting her next film The Sky is Pink (2019) in London with co-stars Farhan Akhtar and Zaira Wasim.

The movie is about Aisha Chaudhary, a motivational speaker who is diagnosed with pulmonary fibrosis.

Zaira the Secret Superstar (2017) actress will be essaying the role of Aisha, whilst Priyanka and Farhan will play her parents.

The Shonali Bose directorial has not been given a release date yet but will be expected to release in 2019.

In the meantime, Priyanka Chopra and Nick Jonas will continue to plan their wedding festivities and can look forward to some happy moments they will cherish forever.

Hamaiz is an English Language and Journalism graduate. He likes to travel, watch films and read books. His life motto is “What you seek is seeking you”.
Karan Johar reminisces on 20 Years of Kuch Kuch Hota Hai
Anarkali: A Web Series Impacting the Desi Dating Game