Bollywood once again takes on Hollywood as Priyanka Chopra sets to make her TV acting debut in the US in ABC’s new drama Quantico. DESIblitz finds out more!

"I am honoured by the opportunity to share my talent with a game-changing network.”

Priyanka Chopra, former Miss World and Bollywood actress, is ready to stun Hollywood with her beauty and acting, as she is set to appear in ABC’s upcoming drama pilot Quantico.

Priyanka will play Alex Weaver, a Federal Bureau of Investigation (FBI) trainee. Described as ‘brilliant but haunted’, Alex will see her secretive past gradually surface throughout her training at the Quantico base in Virginia.

In the pilot episode of Quantico, her character will undergo tough training with a group of young FBI recruits that will last for 21 weeks.

Flashbacks will be used extensively in the drama to reveal each recruit’s mysterious reasons for joining the training.

But one of them harbours the most dangerous secrets and motives of all. As part of a sleeper terrorist unit, the treacherous FBI trainee plots to attack US soil on a colossal scale – even more deadly than the September 11 attacks. 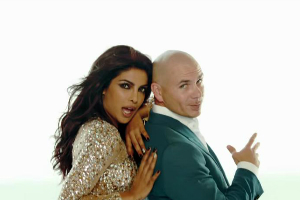 Priyanka is currently one of the highest-paid actresses in Bollywood. In December 2014, she signed a one-year development deal with ABC.

The 32-year-old actress was super excited about the opportunity to expand her repertoire and fan base.

She said: “I’ve been a longtime fan of ABC shows, and an admirer of how the network has changed the landscape of TV through the diversity of their lead characters. I am honoured by the opportunity to share my talent with a game-changing network.”

Ever since arriving in the US in January 2015, Priyanka has been seen around town and sharing her precious moments on Twitter.

She also enjoyed the privilege of speaking on the importance of girl’s education and women empowerment at Education First’s 50th anniversary event in Boston.

Quantico, dubbed ‘Grey’s Anatomy meets Homeland’, will be her first venture into US television.

Priyanka will follow in the footsteps of Anil Kapoor, who starred in the adrenaline-fuelled drama 24, to emulate a similar level of success.

But she is by no means an unfamiliar face to the US audience. Priyanka released her first single, In My City, in the US in 2012 during NFL’s Thursday Night Football.

Her second single, Exotic, even featured chart-topping rapper Pitbull and has over 56 million hits on YouTube.

Dougray will play Liam, a special agent who works closely with the trainees. Aunjanue will portray Miranda, the brutally honest director of the Quantico base.

The premiere date of Quantico is yet to be confirmed.

Scarlett is an avid writer and pianist. Originally from Hong Kong, egg tart is her cure for homesickness. She loves music and film, enjoys travelling and watching sports. Her motto is “Take a leap, chase your dream, eat more cream.”
The Order: 1886 more than a Cinematic Experience?
Dr. Cabbie scores with Manj Musik for Film Award