The Order: 1886 more than a Cinematic Experience?

History and aesthetics are the selling points of Ready At Dawn’s game, The Order: 1886. DESIblitz has some serious spoilers for you. Tread responsibly.

You have a gun which spits electricity at your enemy and fries them up! Who wouldn't want a piece of that?

Imagine a historical detour. Imagine a nineteenth century plagued by murderous half-breed Lycans, intent on ending your life in the most creative way possible.

That is the premise of The Order 1886. As this alternate history tells us, King Arthur and the Knights of the Round Table fought against these half breed humans in a war some several centuries ago.

Essentially The Order 1886 is about a centuries long conflict between the Order of Knights and half breed humans.

But as well as human half-breed Lycans, the Order of Knights also have a revolution to deal with. And in the midst of all of this, personal questions about one’s loyalty to the Order and what is right are thrown into question.

Enter Grayson aka the third knight to bear the name Sir Galahad. Grayson is the main character of the game and unfortunately the only main character you can play as.

The beginning of The Order 1886 is presumably the end as you start the game going through a waterboarding QTE.

After Grayson is dunked in a couple of times he manages to escape but is quickly beset by other knights in the Order who accuse him of various things, mostly treason.

The main focus of The Order: 1886 is that the main characters are investigating a connection between the rise in Lycan activity and the revolution. And there are speculations that they are working together.

There on, the game continues as the knights begin exploring possible connections, whether or not they are assuming correctly is left somewhere in the dark.

The driving force of the Knights or at least the driving force for Sir Galahad and Sir Percival is to tread the line of doing what is ethically right and obeying the Order.

That is what makes The Order interesting; exploring that moral grey area where it makes sense to do what is right, but where you are also at risk of stepping on the toes of those who are in power.

Complaints, Graphics and Other Queries

A biggest point of criticism is that The Order 1886 looks great, but sadly has only aesthetics to offer. Most reviewers are slandering the game for its lack of innovation and for its rather linear narrative, which simply go from point A to point Z.

Comments include: “It is less of a game and more of a movie.”

But the good news is, for those of you who enjoy the aesthetics of a game, then The Order 1886 is like admiring one of Caravaggio’s paintings. It is beautiful, well presented and it captures the essence of London in the 19th Century.

For some people that is enough. For others, particularly gamers who enjoy shooters, the game is lackluster, and is an idea that looks better on paper than it does in reality. 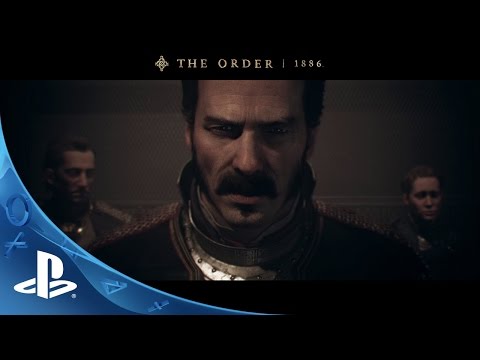 So is there more to The Order: 1886 than meets the eye? It takes a big person to look past the faults in something and find the good points to it. Often, reviewers will browse the lines but not read between them. So let’s look a little closer, shall we?

Yes, it has flaws. Yes, it may only be a good looking game but if you can to look past that and enjoy the Order for what it is, then you’ll be pleasantly surprised.

The Order: 1886 is breathtaking visually, in terms of story. It truly captures an alternate take on history. Let’s face it: you have a gun which spits electricity at your enemy and fries them up! Who wouldn’t want a piece of that?

George is a Fine Art Photography graduate with a thirst for gaming. George has a keen imagination and is always coming up with ideas whether it’s for an article or independent work. His motto is: “Always aim high."
Desi Rascals enjoys an Epic Season One Finale!
Priyanka Chopra stars in ABC drama Quantico