Based on the legendary cricketer Sachin Tendulkar himself, James Erskine’s Sachin: A Billion Dreams is a must-watch. Read the DESIblitz review here!

Sachin: A Billion Dreams is a nostalgic peregrination for all cricket enthusiasts and Sachin fans

“Sachin, Sachin!” These chants have echoed in cricket stadiums for years on end. Sachin Tendulkar undoubtedly is a cricket legend, who is revered and respected globally.

Tendulkar is the only player to have scored one hundred international centuries, the first batsman to score a double century in a One Day International, the holder of the record for the number of runs in both ODI and Test cricket and the sole player to complete more than 30,000 runs in international cricket.

To make a film upon such an esteemed personality requires high integrity, creativity and confidence.

After the terrific response of MS Dhoni, our eyes are fixed on James Erskine’s Sachin: A Billion Dreams. Does the film live up to expectations? Here is the DESIblitz review!

The narrative begins with Sachin Ramesh Tendulkar, a young child who develops a deep passion for cricket. Depicting the childhood days of Tendulkar, there is a small acting quotient, which is delightful to watch.

At the tender age of 16, Tendulkar makes his ‘Test’ debut on 15 November 1989, where India plays against Pakistan, in Karachi. The next 140 minutes of the film documents the next 24 years of Sachin Tendulkar’s professional and personal life.

Erskine’s directorial venture encompasses various shades of Sachin Tendulkar. The audience observes him as a devoted father, husband, friend, captain and of course, cricketer. Viewers equally witness the highs and lows of Tendulkar. 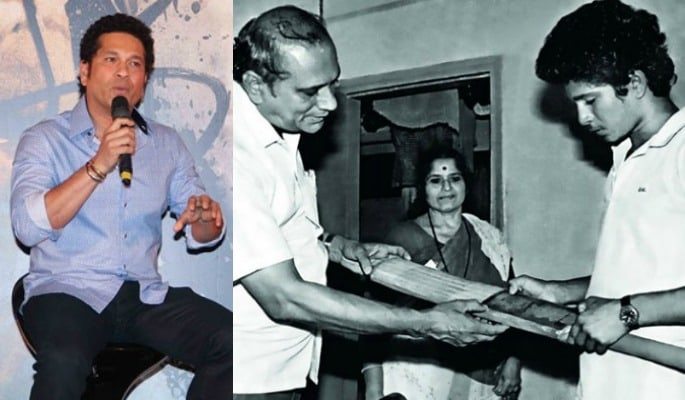 What stands out the most is the incorporation of home videos, news snippets and never-seen-before footages. In fact, these personal videos add a strong human interest to the story.

It demonstrates that Tendulkar is not just a celebrity – but deep down a common man whose extraordinary talents have conquered the hearts of millions.

Whilst these are standard tropes for a documentary drama, the way James Erskine assembles these in a narrative format is truly remarkable.

One moment, in particular, is when Sachin travels to England in 1999 for his 3rd world cup. There, he receives the news that his father has passed away.

The next footage shows Sachin giving an uplifting interview and then goes on to show how he plays terrifically in the India vs Kenya match. The celebrated cricketer also mentions how each time he scored a century, he looked up and thanked his father.

What is shown next, is truly poignant. Tendulkar’s father is shown smiling, whilst there is a backing visual of clouds.

The use of black and white photos (which show adorable moments between Sachin and his father), enhance the sentimental tone of the narrative. This sequence will definitely bring a tear to the eye!

There were also commentaries made by other cricketers including Harbhajan Singh, Shane Warne, Virat Kohli and Virendra Sehwag in the film.

This was also lovely to see.

It must also be acknowledged that the editing by Avdhesh Mohla and Deepa Bhatia is top notch.

For example, there is a sequence which shows Sachin training his son Arjun. These moments are interlinked with the footages of Sachin being trained by Ramakant Achrekar. This compilation is evident of how Tendulkar has truly progressed in his life.

Any Indian film is incomplete without the female protagonist. To see how the love story between Sachin and Anjali develops is also endearing to see. Furthermore, watching their wedding footage with the funky graphics and ‘Bade Acche Lagte Hain’ song playing in the background will also bring a smile to your face.

Sachin: A Billion Dreams is a nostalgic peregrination for all cricket enthusiasts and Sachin fans. The method of incorporating old match footages in slow-motion is also appealing. 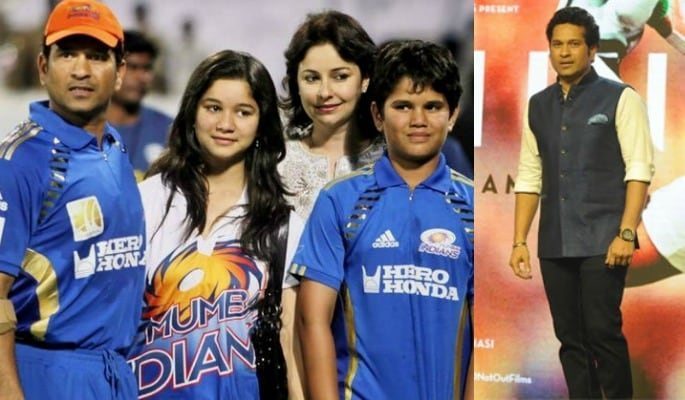 During these quotients, the audience yells with joy whenever Sachin hits a four or six. When he is caught out, the cricketer’s disappointment becomes apparent within the audience as well. To recreate these sentiments with the viewers isn’t easy. Kudos to Erskine for doing so.

It’s worth mentioning here that a film like Sachin: A Billion Dreams has not been seen in Indian cinema before. Whilst other sports biopics like Azhar and MS Dhoni promise and offer commercial value, this movie is authentic.

As cinema goers, we should embrace endeavours like this as it tells a story through non-fictional videos. It takes a talented filmmaker like Erskine to narrate non-fictional stories intriguingly.

In addition the cinematic tropes, AR Rahman’s music perfectly suits the narrative of the film. His music in Viceroy’s House enhanced the film’s narrative and it does precisely that in this film.

Although there are mainly positive attributes, there are a few negatives as well.

Particularly, 140 minutes for a documentary style film is lengthy. The second-half drags slightly.

It seems like the objective of the film was to show that such a major sports personality like Sachin can go through low phases. This angle is quite convincing, however, there is a slight repetition of these setbacks.

Overall, Sachin: A Billion Dreams is a phenomenal tribute to Sachin Tendulkar and within 140 minutes, the viewer is taken on Tendulkar’s life journey. The film compels the audience to feel patriotic and inspires to pursue our dreams. In our opinion, this is a path-breaking film for Indian cinema and should not be missed!

Image courtesy of FilmiBeat and CineJosh