Sachin: A Billion Dreams’ premiere featured an array of famous faces in attendance, such as SRK, Amitabh Bachchan and even Team India!

"People in India, as well as overseas, hear Sachin's name and get inspired."

The biopic of India’s legendary cricketer, Sachin: A Billion Dreams, kicked off with a star-studded premiere. Taking place in Mumbai, sporting and Bollywood stars attended to watch a special screening.

The 24th May 2017 premiere witnessed a huge accolade of stars, such as Shahrukh Khan, Virat Kohli and Sachin Tendulkar himself. It has created great buzz for the biopic, which will release on 26th May 2017.

Set to depict Sachin Tendulkar’s personal and sporting life, it became created by director James Erskine. With music composed by A. R. Rahman, it will surely become a huge success.

The premiere created a great start, as superfan Sudhir Kumar waved the Indian flag, setting in the exciting atmosphere.

The cricket legend and his wife, Anjali, arrived as one of the first stars at the Sachin: A Billion Dreams premiere. Also joined by family and friends, these included Sachin and Anjali’s children Sara and Arjun, and Sachin’s coach, who helped him in his career. 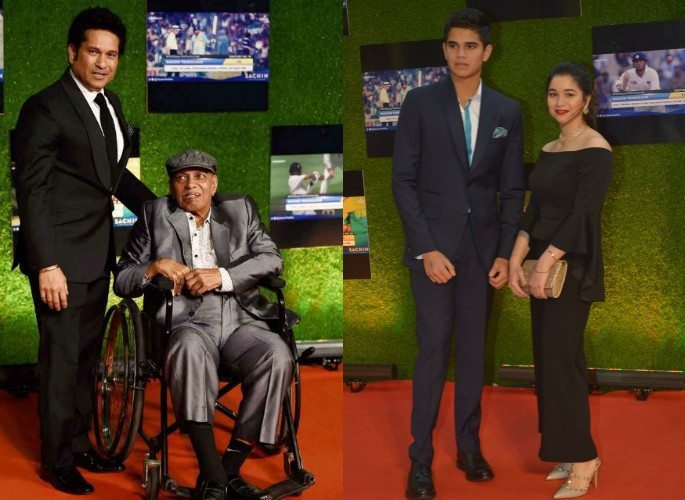 Appearing smart and stylish in their outfits, they appeared ready to welcome their famous guests.

Famous faces from Cricket and Bollywood

This included the popular Bachchan family. Amitabh Bachchan arrived with son Abhishek and, fresh from the Cannes Film Festival, Aishwarya. All three posed for photos with Sachin and his wife, looking utterly smart.

Aishwarya in particular, stunned with her glittery black saree. Created by Sabyasachi, the actress added red lipstick and simple jewellery to her look. 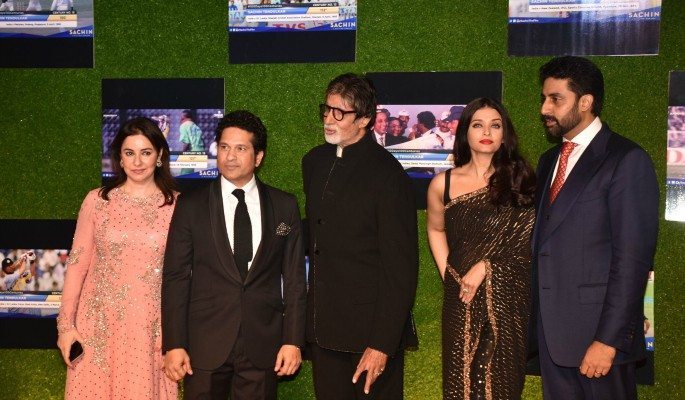 During the premiere, Amitabh Bachchan expressed his immense pride of Sachin’s biopic.

He said: “I believe it’s a fantastic film for the pride of India, and I was telling Sachin, this film should be shown to every to individual in the country, it should be shown in every school, not just because we are so proud of Sachin, but how proud he has made the country.”

“People in India, as well as overseas, hear Sachin’s name and get inspired. Our hopes have been pinned up on him for years, and even now he has been guiding us.”

Meanwhile, Aamir Khan went for a casual outfit, wearing jeans and a red shirt. He also his excitement for the film, saying: “For any Sachin fan, it’s an emotional movie as we can experience Sachin’s entire journey once again on the big screen.” 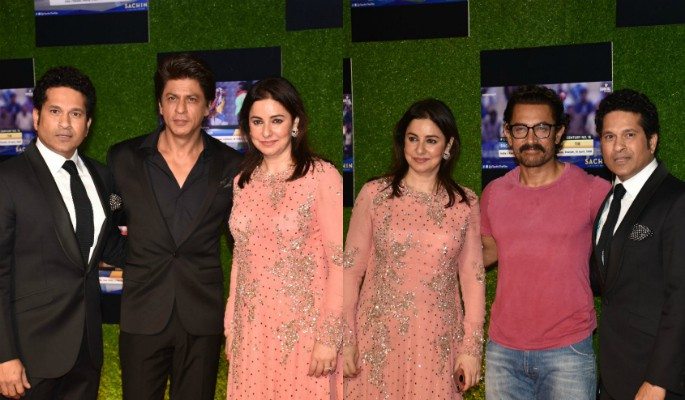 Sachin Tendulkar has certainly enjoyed a magnificent career in cricket. His outstanding skills in batting, influential team spirit and humbling nature has elevated his stardom to global heights.

In response to his sporting achievements, Team India attended the film premiere. Wearing one of their team kits, they all posed with Sachin for an incredible picture. 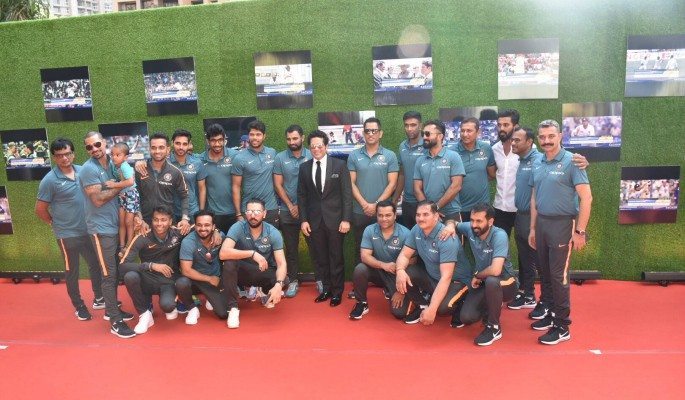 Bollywood actress Anushka Sharma wore a glamorous summer outfit. The periwinkle-blue jumpsuit complimented her figure beautifully, as she completed it with glittery heels. 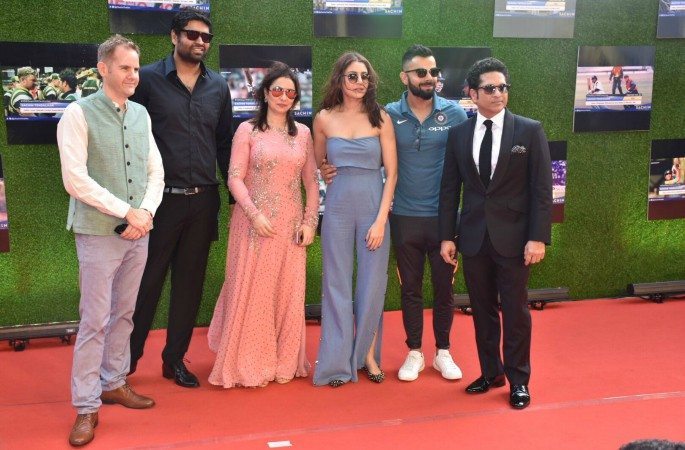 “There are no words to say for this man, this icon, this legend, really one of the greatest public figures in our young country’s history, its one of the greatest sportsmen of all time across sports, an inspiration to me and I’m sure to millions and millions of young Indians and young people across the world.”

He also shared his joy of brother Ravi Bhagchandka becoming the producer for the film.

Overall, the premiere hailed as a great success. With stars from cricket and Bollywood coming together to celebrate Sachin Tendulkar’s biopic, it has set the excitement for the film’s release.

Make sure you don’t miss Sachin: A Billion Dreams, released on 26th May 2017.