India’s video games industry is fast-becoming a billion-dollar market with increased overseas investment. DESIblitz looks at how the country is becoming a major player in gaming.

India is the 17th largest video gaming market in the world.

India’s video games industry shows no signs of slowing down as it continues its ascendancy into the mainstream of 1.3 billion people.

India and South East Asia have been considered excellent prospects for video game developers to expand their user base worldwide.

With Asian giants such as Paytm and Tencent investing huge amounts of capital into the video gaming scene, they are solving the monetisation problem Indian gamers have had for many years.

It is also ranked in the Top 3 countries in the world for downloaded games on Google Play in which it could become a valuable player in terms of revenue.

DESIblitz goes in detail about how the Indian video games industry is reaching towards an eight-figure market. 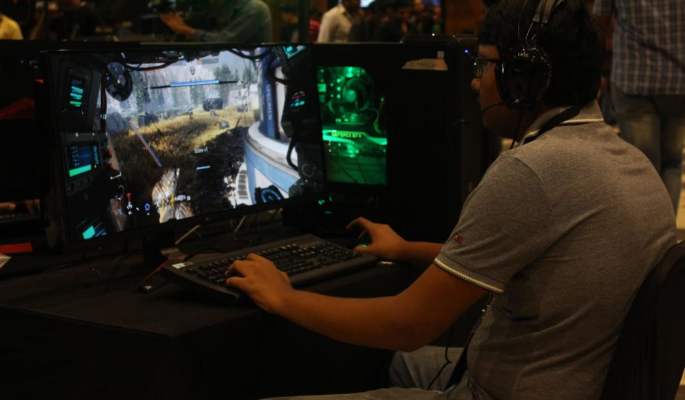 Due to the rapid growth of India’s video games industry, there is also increased engagement within the country’s mobile gaming market.

The popularity of mobile gaming in India is attributed to its accessibility in which a user can easily download games onto a mobile device with a simple tap on the screen.

Around 80% of mobile gamers in India are in the 18-35 demographic while there are many older people playing mobile games.

This diverse gaming demographic rivals the likes of social media and video streaming services such as Netflix and Amazon Prime.

Vidya Nath, Research Director at Frost & Sullivan told The Economic Times that India is no longer an emerging market in the gaming industry.

Vidya said: “India is no longer an emerging market where gaming is concerned. Digital gaming platforms have now been around for the last 10 years, with 10-20% of the gamers in India willing to pay while playing. This is a sizeable number.”

Flixy Games’ Founder Felix Manjoh, who has partnerships with Japanese developers, spoke about the rise of video games in India.

Felix told Forbes: “Rising smartphone users created a stable marketplace for the mobile gaming sector, as users are constantly on the lookout for new forms of entertainment.

Analysts estimate that India’s mobile games market will reach $1.1 billion (Rs. 71.4 billion, £791.8 million) by 2021, which will almost be driven by the growth in mobile gaming.

The Rise of Free-To-Play Games 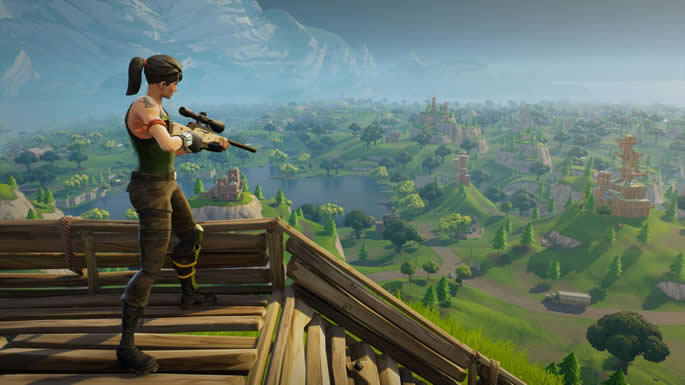 According to a 2016 report from AppAnnie, India has become one of the top 5 countries in the world for mobile gaming.

Free-to-play (F2P) has become mainstream over the past few years due to the massive growth of mobile gaming.

The business model allows the user to purchase the game for free although the game designers bring in the revenue through advertisements and microtransactions for additional content.

Although Facebook has risen and fallen with its games, India’s F2P business model continues its growth alongside mobile gaming.

Kumar Shiralagi, Co-Founder at Venture Capital firm Kalaari Capital, who have invested in mobile game developers such as 99Games has overseen a major increase in its user base.

He spoke about how the improvements in India’s mobile gaming infrastructure are helping to grow the market.

Kumar explained to the Economic Times: “With the current mobile small payment habit forming, good quality games made for Indian gamers will take off in the coming years and follow what has happened in the rest of Asia, in countries like China.

“There is growing investment interest, particularly from investors who have seen this happen in other parts of Asia. With small payments becoming pervasive, monetization through pay-to-play will also result.”

A survey by Newzoo revealed that mobile gaming is a daily part of Indian lives. At least 40% men and 35% women play mobile games at least five days a week in 2017.

Expect to see mobile gaming take centre stage in India over the next few years alongside the growth in Indians owning a smartphone. 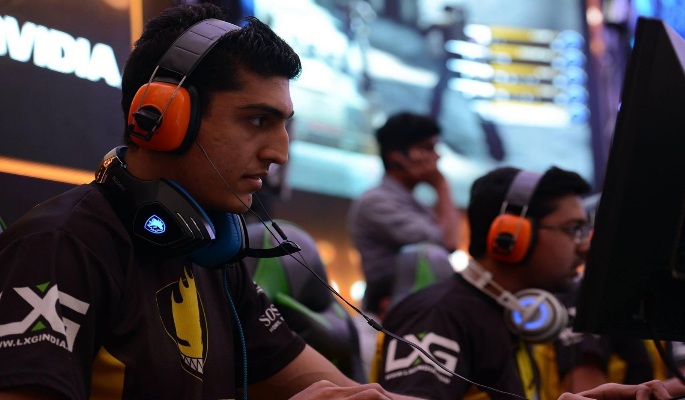 eSports (also known as competitive online gaming) is one of the fastest-growing sports in the entire world.

Thousands of fans in sold-out arenas and stadiums, as well as millions on the internet watch gamers, play DOTA2, Call of Duty and League of Legends to name but a few.

Lokesh Suji, Director of the eSports Federation of India is positive about the country’s prospects in the sport.

“It’s estimated that India has around 120 million online gamers. This population will cross 300 million by 2021.

“From a PC and console perspective, the spread is largely concentrated to metro and B-category cities, but for mobile, the other cities have a decent share.

“From a gender perspective, we have 32% females, who are active on consoles. The serious eSports community in India is pegged around 10 million.”

“U Cypher” promoted the first-ever multi-gaming platform for eSports on TV in India in January 2018.

Partnering with American TV channel MTV, the U Cypher Championship saw Team Yakshas crowned the maiden champions of the tournament on the 23rd February 2018.

With media companies expressing a strong interest in eSports, it could become a daily part of the global TV sports channels schedule. 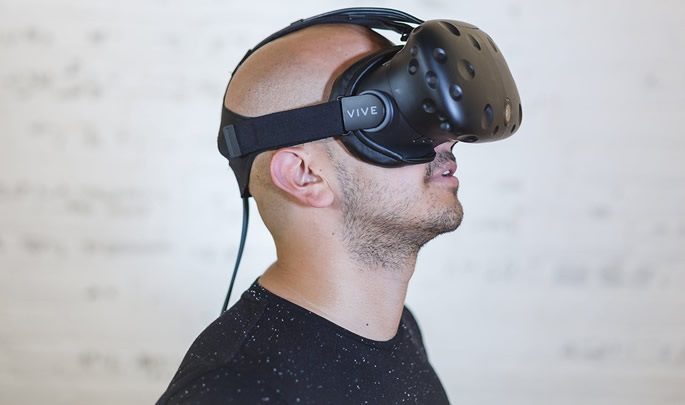 There has never been a time where interest in video games in India has been at an all-time high with new and emerging trends coming thick and fast.

One sector that is fast-evolving is VR gaming (or virtual reality gaming). Indian companies have been forced to use digital advertisements by embedding them in the games themselves.

An interesting development is the rise of artificial intelligence (AI) in the video game industry as India has invested money into AI gaming.

Absentia, a tech start-up has developed Norah.ai in which it enables quick creation and integration of all elements to create and develop a video game.

Developers will not have to rely on having powerful PC hardware in order to create the main elements of their games.

The best thing for game developers with Norah.ai is these assets can be created quickly. This can range from story to animations and character models.

Shubham said: “Our engine is trained over 40 million data points. It generates variety at each step thereby adding a countless number of possibilities to the terrains, 3D models and gameplay environments among others,

“At the click of a button, a fleet of 100 different variants are generated, empowering the developers with more options.”

As more investment is ploughed into VR and AI gaming, we could see a new generation of immersive, cinema-like gaming experiences on offer. 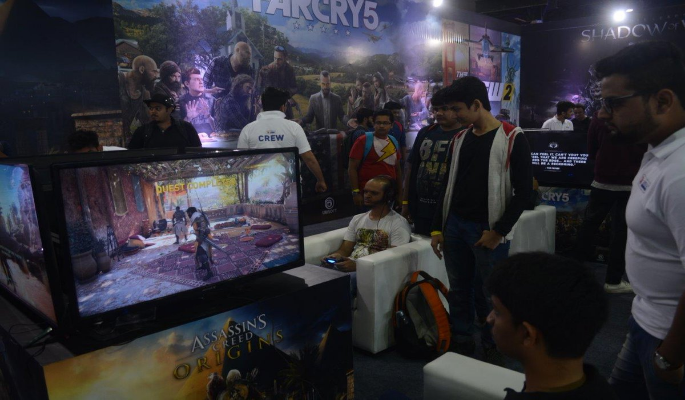 India’s gaming industry shows no signs of slowing down with its growth as it’s well on its way to becoming a billion-dollar market.

Since 2013, Reliance Big Entertainment has owned a 60% stake in Codemasters, creators of the F1, DiRT and Onrush video game titles.

There have been talks of the British publisher and developer becoming a publicly-traded company, which could happen later on in 2018.

Interesting times lie ahead for India’s gaming scene as it becomes a major player in a saturated video games industry.