Rising Indian actor Madhur Mittal stars in Hollywood’s Million Dollar Arm. In an exclusive Gupshup with DESIblitz, we find out about his experience making the film, and what to expect from Disney’s latest movie.

"These two boys from Indian villages had never heard of baseball in their lives."

The film is based on a true story of JB Bernstein, a desperate sports agent who faces losing his agency unless he can find some new baseball players.

Played by Jon Hamm, Bernstein turns to India to source new talent from India’s cricket playing nation. He launches a competition to win the chance of a lifetime to go to the United States, and attempt to make it as a professional baseball player.

One of the two lucky winners that returns to the States is Dinesh, played by Madhur Mittal. 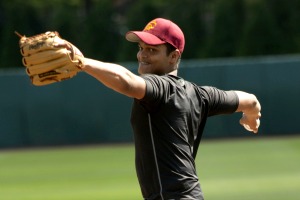 In an Exclusive Gupshup with DESIblitz, Madhur explains: “[These] two boys from the village had never heard of baseball in their lives.

“They’d given up their sporting dreams and were helping their parents with their respective businesses and trying to make a living back in the villages in India.”

Their success means that they had an unbelievable opportunity, and both boys go on to play for the Pittsburgh Pirates, only 13 months after they had first picked up a baseball.

Speaking about his character, Madhur says that Dinesh is: “A hard-working, shy introvert… I’ve never played anybody who is so goody two shoes and so humble. It was great to get to play a character based on a real life person.”

“But [the director] didn’t want us to mimic the guys, he wanted us to understand who these people were, and get the essence of their characters right.” 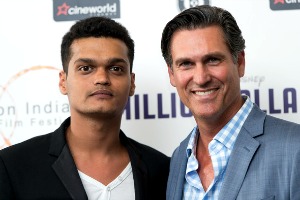 Perhaps it was emulating this essence that allowed him and his co-star, Suraj Sharma, to exhibit such chemistry on screen.

Madhur says that himself and Suraj: “Had the most amazing chemistry when we auditioned. I think that helped both of us get the part. We were trying to push each other, help each other with our performances.”

As well as Suraj, Madhur co-stars with famous Mad Men actor, Jon Hamm: “Jon Hamm was a great help because he is probably one of the best co-actors I have worked with. You don’t realise this but he really comes in and sets the mood for a scene, he’ll crack jokes or be really serious.”

Madhur has been acting and performing since a very young age, and his most famous projects include Slumdog Millionaire, and the TV series, Treasure Island.

Interestingly, he had travelled and done a thousand shows all before the age of 14. This was because of his unusual occupation as a Michael Jackson impersonator when he was 5 years old. In 1997, he also won an Indian reality dance competition called Boogie Woogie. 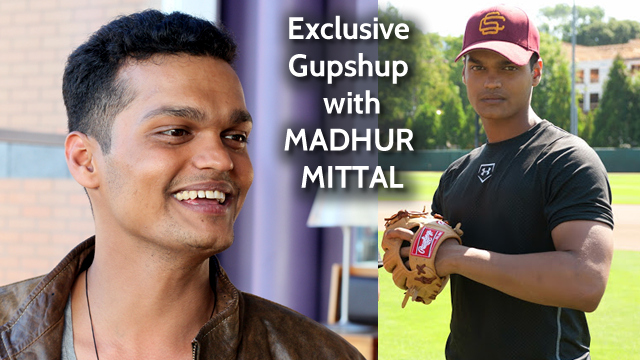 This young introduction to the arts has meant that his successes as an actor over the last few years have not phased him, and he remains grounded and humble about his extraordinary achievements.

This dedication to the acting craft was necessary for Madhur in Million Dollar Arm. Despite having previously travelled to the States, Madhur admits that he knew nothing about baseball, and was required to learn how to play in a short space of time:

“We had to train really hard for that, both me and Suraj had a period of three and a half weeks to learn the game in. We used to have four hours of baseball training every day, followed by two hours of gym-ing, because we were both skinny scrawny boys… We worked hard!”

Million Dollar Arm is now the latest of several Hollywood films to features India and Indian actors, marking a significant change in the industry and its recognition of Indian talent.

When we asked Madhur what he thought about this trend, he told us: “It’s another set of challenges when you go to another country because there is a lot of different sensibilities and culture… But [India] has always done well for itself in film.”

India is of course a cricket playing nation, and when asked whether he now prefers baseball to cricket, Madhur laughs and remains diplomatic: “Ah you’ve put me on the spot now…. I like surfing!”

So far, reviews of Million Dollar Arm have been encouraging. It has scored a rating of 7/10 on IMDB and Variety calls the film: “A worthy addition to the Disney sports movie canon.”

It is clear that the film appeals to a wide audience, and you don’t have to be a baseball lover to appreciate the honesty of human relationships that the film displays.

Disney’s Million Dollar Arm releases from August 29th, 2014, and proves to be one to watch for the whole family to enjoy.

Rachael is a Classical Civilisation graduate who loves to write, travel and enjoy the arts. She aspires to experience as many different cultures as she can. Her motto is: “Worry is a misuse of imagination.”
Double Di Trouble for Dharmendra and Gippy
Shahrukh becomes Interpol Ambassador