Million Dollar Arm is an inspiring story of self-discovery in the backdrop of baseball. Starring John Hamm, Suraj Sharma, and Madhur Mittal, the film travels from America to India and back.

"Every actor would love to get a chance, at least once in his life, to play a real-life character."

With a highly talented cast, Million Dollar Arm is directed by Craig Gilespie and features music by A. R. Rahman.

Following Disney’s train of real-life inspirational films that warm you to the core, Million Dollar Arm is based on the true story of J. B. Bernstein (played by John Hamm), an independent American sports agent who in 2008, finds himself travelling to uninhibited India to recruit avid cricket lovers to become baseball pitchers. 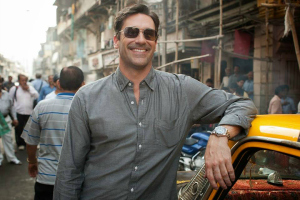 Bernstein decides to set up a talent competition called ‘Million Dollar Arm’ to see the kind of talent India has to offer, and after 37,000 contestants, he whittles down two young lads from a rural village, called Rinku (played by Suraj Sharma) and Dinesh (played by Madhur Mittal).

These two young men have exactly the ‘million dollar arms’ that Bernstein and his team are looking for and he takes them back to America and tries them out for Major League Baseball. But taking cricket players and making them play professional baseball is not as easy as it sounds, and the unfamiliarity takes each of the characters on a challenging journey where they discover more about themselves.

Disney have done well in hand-picking Indian actors that have the right clout for both Western and South Asian audiences. With such blockbusters under their belt, both Suraj and Madhur have the right maturity to play characters that exist in real life. As Madhur explains: 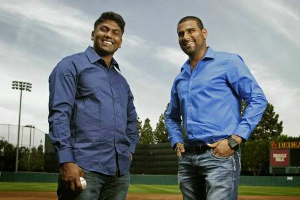 “What was great was that Craig [Gillespie] gave us that little bit of freedom to take the characters and interpret them in our own way while staying true to certain traits.”

The real Rinku Singh and Dinesh Patel have lived an incredible story and are the ‘first Indian players to play professional baseball in America’, and Suraj and Madhur are not the token Indians playing them:

“In Hollywood often, we’re thought of as ‘You’re playing an Indian’ and that’s how deep it goes. But [Indians] are much deeper than their culture. Our characters are deeply different people in their characteristics just like anyone else,” Suraj explains.

Star of the period TV series, Mad Men, John Hamm says: “I’m a massive baseball fan and it’s a true story that I had not heard of. But the story is inspiring and aspirational as well.”

“Baseball serves as the backdrop to the story that we tell about two guys who are given this wonderful opportunity to find a new path.”

To keep the authenticity of the film, both Suraj and Madhur had very little interaction with baseball prior to the film and had to learn on the job: “This is the most physically demanding role I have ever played. This has been very hard in the sense that to train physically – first to buff up and then later do baseball training,” says Madhur. 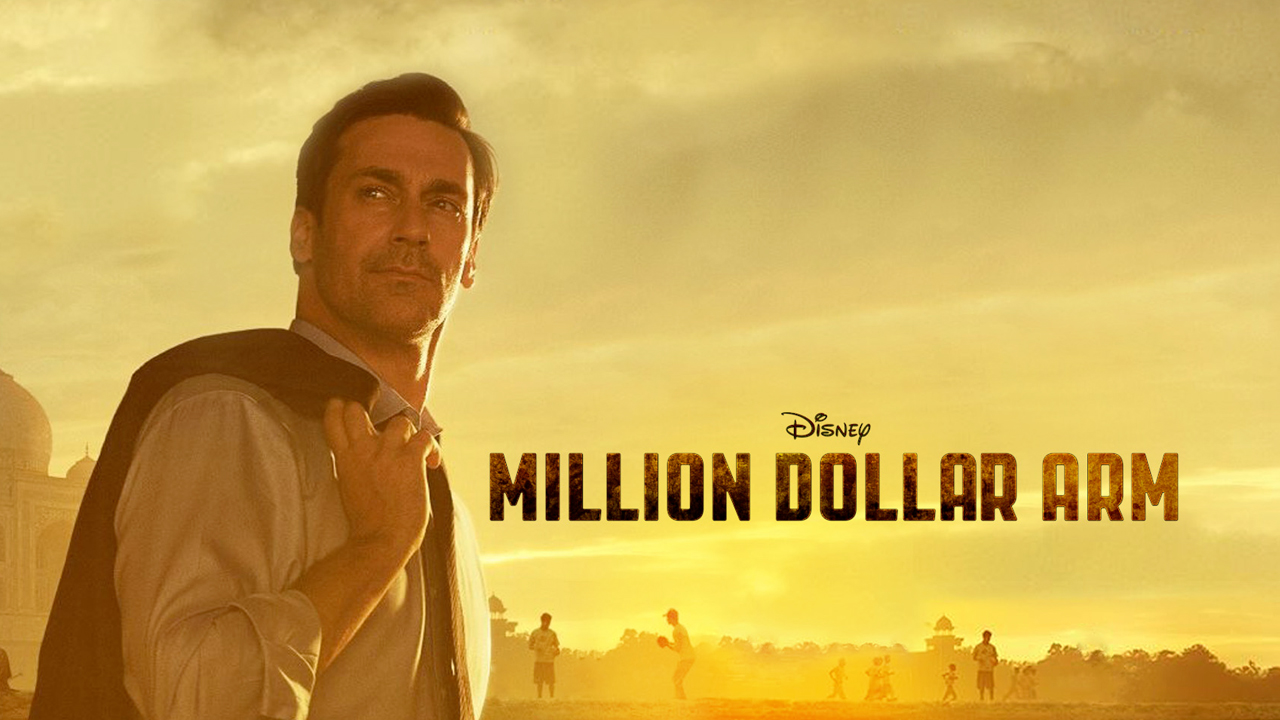 The legendary, A. R. Rahman has yet again has out done himself with the music soundtrack of the film, and as he explains, has tried to keep the fast-paced sports theme running on two very different continents with very different cultures. While he performs the majority of the tracks himself, he has also collaborated with Western artists including, Iggy Azalea, KT Tunstall, and Wale. Sukhwinder Singh and Raghav Mathur also feature:

“I’ve never done a sports movie before, I thought it would be an interesting challenge. I wanted energy, heart and everything so a mix of both of these elements. The movie travels, it goes from India back to the US, and making music co-serve as one, that was the tough part,” Rahman admits. 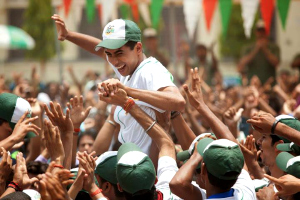 For most involved, the movie is more of a human story than it is a sports film. As Madhur explains: “The fabric of the story is about the underdogs, the two kids, it’s just an amazing story and I think it will do really well in India.”

John adds: “It’s not traditionally about sports – it’s not about the big game – it’s a little more of a story about people and how they relate to one another, especially as the story goes on and we realise his [Bernstein] character is learning a lot about himself as well.”

Interestingly, India has already seen a close connection to the West with so many Bollywood stars having gone to Hollywood. Bollywood beauty, Priyanka Chopra became a household name for role in Disney Pixar’s Planes, and both Irrfan Khan and Anil Kapoor have made a mark just like Suraj and Madhur.

As Rahman says: “In a way this movie is not alien anymore, because we meet different people, Indians meet Americans, Americans meet Indians, we all know about each other, taste of food, culture, music and everything. So it’s a really interesting time for this movie to come in, I think people will really relate to this.”

With so much backing behind this heart-warming film, it is difficult not to believe that it will be an outstanding success. Million Dollar Arm sees its UK Premiere at the London Indian Film Festival on July 14 and releases nationwide from August 29.

Aisha an English literature graduate, is a keen editorial writer. She adores reading, theatre, and anything arts related. She is a creative soul and is always reinventing herself. Her motto is: “Life is too short, so eat dessert first!”
London Indian Film Festival 2014 Programme
Greatest On-Screen Bollywood Dads