Thirteen people have overcome prejudices to become the first transgender people to be accepted into an Indian police academy.

Chhattisgarh has become the first Indian state to recruit a cohort of transgender police officers.

According to Awasthi, some of them will prove to be “the best cops” the force has ever enlisted, due to having experience on the other side of the law.

Awasthi had been working with Vidya Rajput, a community leader in Raipur, to help raise transgender awareness within the police force.

Then, Rajput decided to push the boundaries further, as she remembers her own impression of police officers as a child.

“For me, they were godlike figures, the people everyone turned to if they were in any trouble.

“They were reassuring figures, respected by the public.

“I wondered why we couldn’t join them and prove that we could be useful citizens too.”

The transgender recruits had to undergo their police training alongside their everyday challenges, such as financial issues and harassment.

Speaking of their struggles, Rajput said:

“I was proud of them. You have to realise their lives have been nothing but negativity, isolation and loneliness and suddenly they have to summon up the emotional reserves to make a go of this and they did it.” 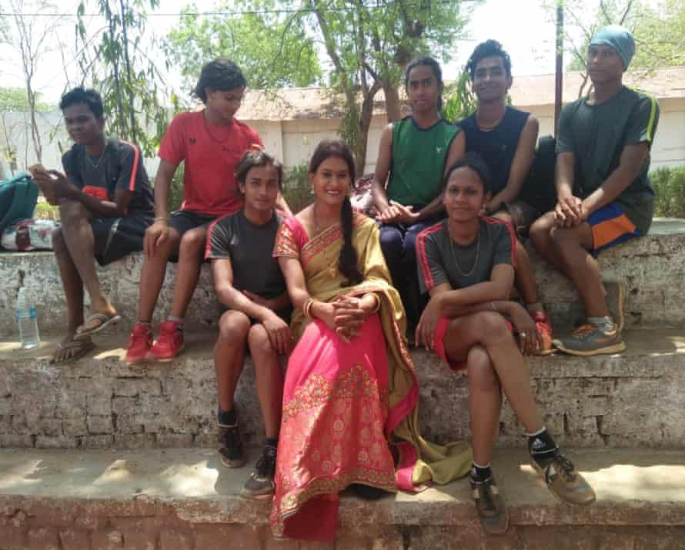 The recruits studied “like fiends” for months to prepare for the written exam.

However, the physical fitness test was harder due to their lack of equipment and love for sports.

Chhattisgarh’s government provided the recruits with clothing. But, according to transgender recruit Tanushree Sahu, the first few weeks at the training ground proved difficult.

“Our bodies didn’t know what had hit them. We had never done any physical exercise. Our joints were swollen and bruised and we had injuries from falling.

“It was very difficult but Rajput ma’am wouldn’t let us give up.”

Sahu, who previously could not leave the house without covering her head, also expressed her excitement about qualifying to become a police officer.

“I can’t believe that I am going to throw away my scarf for a police uniform.”

“It’s something that I can’t get my head round.”

Out of the 27 transgender applicants, 13 qualified for the police training academy.

Speaking of his pride in his new recruits, Durgesh Awasthi said:

“I was surprised, but delighted they had made it.”

Since India’s Supreme Court overturned colonial-era laws used to criminalise people of the LGBT community in 2014, many have felt more positive about their place in society.

The country now recognises transgender people as a “third gender enjoying the same constitutional rights and freedoms as other citizens”.

However, Chhattisgarh seems to be leading the charge in the progression of policies relating to transgender people.