Police forces around the country are failing to represent Asian and black communities. Only five percent of Yorkshire officers are non white.

"The gap between the BME population and the BME representation in police is likely to widen."

Asians and other ethnic minorities are being massively under-represented by the police in their area.

Nearly a fifth of West Yorkshire’s population is non-white, and in some areas including Bradford, non-whites account for one third of the total population.

However non-whites make up only a ‘tiny fraction’ of the county’s senior officers. Just three per cent of officers, inspector-rank and above, are black and minority ethnic (BME).

Originally from Pakistan, Akhtar was one of the very first Asian officers in the force. He rose through the rankings to Deputy Chief Constable, but since calling time on his 32 year career, there are now no BME officers from chief superintendent and up. 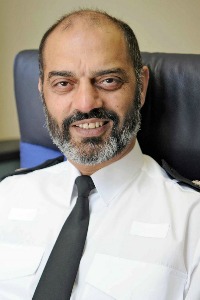 Overall, West Yorkshire Police are disproportionately represented by 95 per cent of white officers.

Police officer, Mrs Patel spoke on the matter, citing a lack of funding as the issue.

She said: “At West Yorkshire we have always been below the standard that was set [for the number of BME officers]. Because of the funding issue and austerity measures, people leaving aren’t being replaced. If you lose a BME officer or staff they won’t be replaced by another BME employee.”

The funding issue in question was brought to attention as early as January 2014. The West Yorkshire Police forced blamed budget cuts for failing to recruit more Asian and black officers.

New Deputy Chief Constable, and current acting Chief Constable, Dee Collins said the force was “committed to becoming representative of the communities that it serves.” However, current figures indicate little progression has been made.

“Among the high-ranking officers you do get fewer BME officers. If you go further, to female BME, the highest ranking we have got is an inspector, and there is only one, and we are the fourth largest force in the country,” Mrs Patel added.

Questions are being raised over the forces ability to fairly represent the county’s residents and cultures. 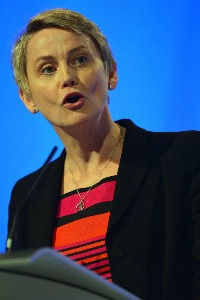 Despite this, Mrs Patel expressed a good working relationship between BME officers and the forces administrators.

She said: “If we have any issues we can raise them. We do have a minority of BME staff who don’t feel they have been treated fairly but you have that at any force.

“I work in Dewsbury, which is quite diverse. The staff we have got, we have got one BME officer on my team who is a PC and that is it, though we do have other BME officers across the teams at Dewsbury.

“We have got a PCSO covering Savile Town and she has made great inroads in that community and she is not a BME officer.

“You don’t need to be BME to have that impact but we do need more BME officers for those diverse areas where some people might not engage.”

A report in August 2014 indicated the police force could be disproportionately represented ‘for decades’.

Zoë Billingham, a member of the police watchdog, said: “The gap between the BME population and the BME representation in police is likely to widen.”

“Work needs to be done to build community confidence in policing, particularly in ethnic minority communities.”

Zak is an English Language and Journalism graduate with a passion for writing. He is an avid gamer, football fan and music critic. His life motto is “Out of many, one people.”
Mental Health Services failing Children and Adolescents
Asian Professional Awards 2014 Nominee Shortlist