A new Health Select Committee report has found that children and young people are being failed by government Mental Health Services and are being turned away from the help they need. DESIblitz investigates.

“There are some great professionals but they are constantly let down by the system.”

A recent report carried out by Parliament’s Health Select Committee has pointed towards a ‘crisis’ in Children & Adolescents Mental Health Services (CAMHS) across the UK.

Published on November 5, 2014, the report stipulates that young people and their parents have had to ‘battle’ to get access to CAMHS and even secure appointments with health specialists.

Waiting times have increased, and psychiatric wards are full; there is no space for new inpatients, and consequently many are turned away.

The report states that poor data is a cause of the ‘deeply ingrained problems’ in child and adolescent mental health services. 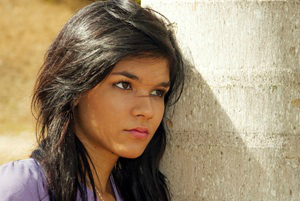 Along with its many shocking findings, it concludes that more research is required to understand the underlying issues surrounding mental health and young people.

Depression and mental health issues are notoriously hard to treat, and it is painstakingly unfortunate that those that need help the most are without.

Affecting at least one in 15 young people in the UK, mental health issues are even harder to digest when we consider what is essentially a lack of effort from governing authorities to help curb the problem.

Health Minister, Norman Lamb cited a ‘broken system’ as the root of the shortcomings: “There are some great professionals working in it but they are constantly let down by the system.”

Psychologist, Tanya Byron says: “The last time the ONS had any stats that we could use to really know what the issues were, was 2004. The recommendation from the report is that these stats need to be looked at year upon year.”

The issue of mental health often tends to wash over us. Only when we involve ourselves through our own issues, or the issues of somebody close to us, is the water-resistant, outer-coating pierced. 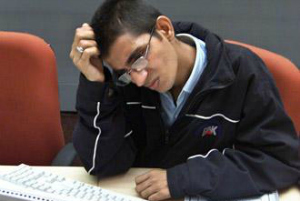 Speaking on Newsnight, a young British Asian woman says: “Everyone says, ‘I want that body, I want that face,’ and we all say to each other ‘don’t judge a book by its cover,’ but we all do.”

This allusion to pressures heavily associated with women is very telling. In fact, studies show that female cases of self-harm outnumber males by four to one.

The ratios are even more worrying within Asian communities. Asian females aged between 15 and 35 are two to three times more likely to self-harm than non-Asians.

A study by Reconstruct outlined a number of ‘risk factors’ that can trigger self-harming. One of the factors they cited was, ‘problems to do with race or religion’, an issue that will have, and still is affecting many British Asians among others.

Another reason the study cited, was ‘being bullied at school’. In the age of the internet troll, this issue is now more prevalent than ever before. 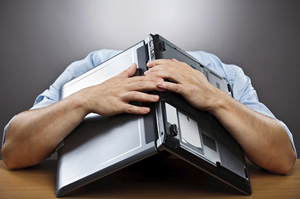 “In the past if you were being bullied it might just be in the classroom. Now it follows [you] way beyond the walk home from school. It is there all the time. Voluntary bodies have not suggested stopping young people using the internet. But for some young people it’s clearly a new source of stress.”

A Beatbullying study found that 30 per cent of 11-16 year olds had experienced cyberbullying of some kind, 11 per cent were Asian.

Cases of children and young people seeking treatment for mental health has risen by up to 30 per cent a year. However, MPs said they found no evidence that the internet age was directly responsible.

Uncovering the reasons behind depression are essential in treating the issue in the long term. However, too many people who have already been diagnosed are falling through gaping chasms in the system.

Currently, many young people are only given support when mental issues have become ‘entrenched’ and increase in severity. On an extreme level, they are turned away if they haven’t already tried to take their own lives.

“If you don’t have the sort of help that young people need when they are beginning to experience problems, then nine times out of ten, it escalates. So we are inadvertently investing in young people becoming ill-er.”

Coalition participatory party, the Liberal Democrats say: “[We] believe mental health should be taken as seriously as physical health and should never be ignored or stigmatised.” 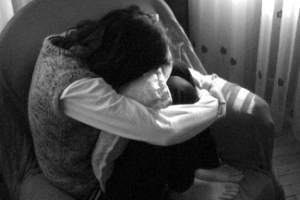 However, funding cuts for intervention programmes fundamentally contradict this. When pressed on the issue, Health Minister and Lib Dem MP, Norman Lamb claims he has fought for extra money to address the problem:

“£7 million extra is going in to ensuring that there are fifty more beds across the country for acute services, intensive care as it were. And already we are seeing that with much better case management there are far more beds available,” he says.

Professor Tanya Byron said it was ‘shocking’ that children are being turned away: “We had 236 children last year held under a section 136, held in police cells because there was no places of safety for them.

“These are children who are mentally incredibly unwell, and then put it beds often two or three hundred miles away from their families.”

Is Britain failing its children, young people and future, through shortcomings in caring for those with mental health issues?

Zak is an English Language and Journalism graduate with a passion for writing. He is an avid gamer, football fan and music critic. His life motto is “Out of many, one people.”
Winners of the GG2 Leadership Awards 2014
Yorkshire’s Police lacking in Asian Officers