The inaugural Asian Professional Awards will take place on November 27, 2014. Highlighting the success of Asians in all aspects of business and society, DESIblitz has the full shortlist of nominees.

"The younger generation will look at the success of the nominees and I hope that they will be able to seek inspiration."

Organised by the Prestigious Awards Ltd, the first ever Asian Professional Awards (APA) is shaping up to be a grand affair.

The inaugural ceremony will take place at the Emirates Stadium, home of Arsenal Football Club on Thursday November 27th 2014 and will be hosted by award-winning radio broadcaster, Bobby Friction.

The awards will shine the spotlight on some of the most successful and hard working Asians. Not only this, the APA’s will also seek to inspire more Asians to work hard and make their community proud.

Speaking about the event, APA Director Harry Virdee says: “We have been overwhelmed by the number of people who have been nominated and voted for nominees during the last few months.

“The APA is our way of helping to create a new generation of role models for the Asian community in Britain, people that the youth of today can look up to and aspire to be in years to come,” Virdee adds. 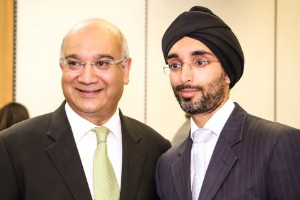 With the awards drawing in much interest among the British Asian community, an incredible 4,000 nominations and votes were made in just three months.

This shows just how much the hard work carried out by Asians is valued by peers and members of the general public.

“Our team is delighted to have developed the Asian Professional Awards as a platform to finally recognise those achievements.”

The APA has also garnered support from politicians such as Labour Party leader Ed Miliband who sees the awards as a springboard to inspire the future Asian generation: “The younger generation will look at the success of the nominees and winners, and I hope that they will be able to seek inspiration,” he says.

He is not the only politician who commented on the awards and spoke in glowing terms of the Asian population; Prime Minister David Cameron also expressed his views, saying:

“Whether in the courtroom, the newsroom or the classroom, Asian men and women are not only providing expert services, skill and capabilities; they are delivering for Britain too.” 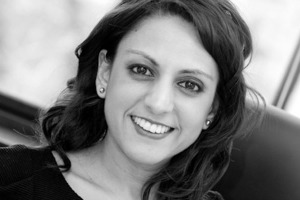 The awards categories will celebrate a diverse range of professions popular to the British Asian community. These include dentistry, media, banking, education and many more.

Nominees include Bhavini Kalaria, a trained solicitor who has worked in many prestigious law firms before setting up her own firm: The London Law Firm, a legal company specialising in helping businesses.

Another nominee is funny-man Paul Chowdhry, the London born comedian has enjoyed stand-up success performing large audiences, including at the popular Hammersmith Apollo theatre in London.

Here are the full list of nominees for the Asian Professional Awards 2014:

Despite this being the first ever Asian Professional Awards, the ceremony will be carried out in the hope that it will continue to grow over the next few years by recognising more Asians and their outstanding achievements.

The first ever Asian Professional Awards will take place on November 27th 2014, at the Emirates Stadium. Good luck to all the nominees!

Amarjit is a 1st class English Language graduate who enjoys gaming, football, travelling and flexing his creative muscles writing comedy sketches and scripts. His motto is “It’s never too late to be who you might have been” by George Eliot.
Yorkshire’s Police lacking in Asian Officers
Surgeon Nafees Hamid jailed for Sexual Assault