Award-winning neurosurgeon, Nafees Hamid, has been jailed for 16 years. He carried out nine assaults on six female patients, at two hospitals in Birmingham. DESIblitz reports.

"This is the most extreme breach of trust."

A surgeon who assaulted six women at two hospitals in Birmingham was jailed for 16 years on November 18, 2014.

Nafees Hamid, from Russell Road, Moseley, Birmingham, carried out nine attacks on six women between 2012 and 2013, while working at the city’s Queen Elizabeth Hospital and Priory Hospital.

Victims told the court that during examinations, he had touched them in intimate areas, often without gloves, in an inappropriate and prolonged manner.

A woman in her mid-20s, who cannot be named for legal reasons, complained about Hamid’s conduct in November 2013. She told the courtroom that she felt ‘frozen to the spot’ as she was assaulted last year by Hamid at the private Priory Hospital in Birmingham. 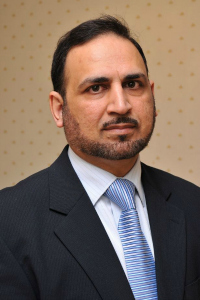 Police arrested Hamid, a married father of three children, based on this charge, in November 2013. Following his arrest, other victims came forward to report assaults.

Out of the six victims, two were assaulted on more than one occasion. Four victims were on the receiving end of individual attacks which lasted several minutes.

After being arrested, Hamid justified his actions as being medically sound. But medical experts investigating found that he was in breach of General Medical Council guidelines.

During his trial at Birmingham Crown Court, which lasted two months, Judge Patrick Thomas QC described Hamid as ‘a good surgeon but not a good man’.

Judge Thomas said: “This is the most extreme breach of trust. These ladies went to see you because they had significant problems and they thought, with your skills, abilities, and experience, you were the person who could help them with the medical problems. Instead you grossly abused them.

“You are without question in my experience the most intelligent man I have even seen in the dock of a criminal court…You were brought low by a simple failing – lust.

Judge Thomas added: “You exercised your lust as a result of arrogance. You liked doing what you did, touching sexually your female patients, and you took the opportunity to do it, because you could.”

After the case, Crown Advocate Aliya Rashid, who had been acting as the junior prosecution counsel, said that Nafees Hamid had ‘carried out intrusive and inappropriate examinations on vulnerable women while making his true purpose, which was sexual gratification’. 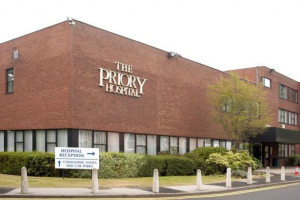 Rashid said: “These examinations left women shocked, confused, embarrassed and deeply upset. Many were fearful about reporting one of the most highly esteemed consultant neurosurgeons to the authorities.

“It is due to their courage and cogent evidence they gave that Hamid has been found guilty today of his crimes.”

Lisa Windridge, the Senior Crown Prosecutor from the Public Protection Unit of the West Midlands Crown Prosecution Service, said: “This case is an example of a gross breach of trust at the highest level and I would like to thank all those victims who came forward and assisted the whole of the prosecution team in exposing this man.”

Hamid had trained in Pakistan before moving to Birmingham. He began working at the Priory Hospital in 2003 where he specialised in spinal surgery.

Despite being prosecuted for nine assaults on six women, Hamid was acquitted of six sexual assault charges relating to four other patients.

Harvey is a Rock ‘N’ Roll Singh and sports geek who enjoys cooking and travelling. This crazy guy loves to do impressions of different accents. His motto is: “Life is precious, so embrace every moment!”
Asian Professional Awards 2014 Nominee Shortlist
Child Sex Groomers Banned from contacting Victim