Birmingham City Council has obtained civil injunctions against six British Asian men. The Council is also facing accusations of hiding reports of ethnic child sex groomers, which were commissioned in 1990.

The injunction prevents the British Asian men involved from making contact with the young woman until she turns 18, and other under-18 female not of their personal associations.

The High Court has also named six of these seven men in an attempt to protect young and vulnerable women. 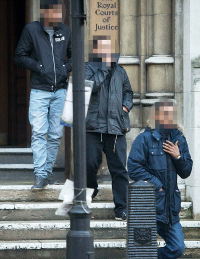 DC Supt Danny Long, head of Public Protection Unit of West Midlands Police said: “The injunctions give us the power to help to protect young people without putting them at the heart of a judicial process.”

He emphasised: “These injunctions do not replace the criminal process but rather sit alongside it. They are not a soft or easy option.”

“This is an additional opportunity to offer protection and safety to those who are most vulnerable, at a time when they need it most.”

On the same day, the Council has been accused of failing to reveal a critical report on Asian men’s involvement in child sex abuse.

Dr Jill Jesson claims Birmingham City Council commissioned her to conduct research on child prostitution in 1990, but did not publish the final report upon completion in 1991.

More than two decades ago, Dr Jesson found child grooming between Asian taxi drivers and young girls in social care. However, she had to remove the detail from her report due to lack of evidence:

“It was written in the social services’ notes of the girls that the girls had told about taxi drivers being one of the features of what was happening to them,” Dr Jesson explained.

“I thought there was a link between Asian taxi drivers – private hire drivers they were – and the girls who were getting the cautions for prostitution. I put that in the report and was asked to remove that.”

“The story would be the same as it is now, and has been reported in all of these grooming scandals, stories which I’ve followed. The sad part is not the suppression of evidence, but that the relevant organisations have failed to address this problem.” 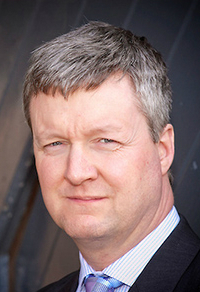 Peter Hay, the Council’s Strategic Director for People, has dismissed such claims and insisted the full report was published in 1995.

He claimed this was acknowledged by Dr Jesson in the archived minute of the Social Services Committee meeting held on December 13, 1995.

The Director also said: “We are now concentrating on looking at new ways of working, along with West Midlands Police, to tackle child sexual exploitation.”

With such hidden reports now being uncovered in different boroughs across the UK, could child sex grooming be a much bigger problem than we initially thought?

Is this issue also specific to the British Asian community? Or does it openly reflect current British society?