Results show ethnic minority students in London are achieving better GCSE results compared to their white peers. But how much is this down to the city and parents?

"I met so many students from African and Asian countries that really wanted to learn."

In recent years London has enjoyed a boom in the number of high performing GCSE pupils.

But it is thought that one of the reasons for the surge in A*-C grades is down to the various ethnic minority communities found within the capital.

With Asian students and other ethnicities performing so well, white students are dropping in their studies. Reports suggest that white British students are lower than the national average in their GCSE’s.

Those achieving higher than the national average include, Bangladeshi, Ghanaian, Indian, Sierra Leonean and Vietnamese pupils.

A report carried out by the Centre for Market and Public Organisation (CMPO) in Bristol University analysed the performance of school children in London and said that: 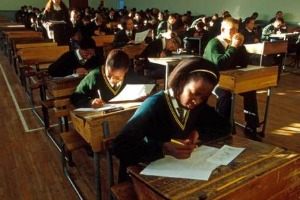 One of the reasons for the high attainment of GCSE grades by ethnic minorities could be the ‘London Effect’.

Ethnic minority parents have moved to the capital in order to pursue a better life than what they may experienced back in their home countries.

This mentality has influenced their kids to work hard and do well in school in order to achieve their high aspirations of having a good job.

Despite the heavy onus placed on ethnic minority pupils to do well, this may not be the sole reason for the high GCSE results in London.

In 2003, “The London Challenge” brought about much more funding to the city’s schools and education centres to ensure every child receives a good education.

Over the years pupils have been enjoying the benefits of the money being put forward to support their education and are now reaping the rewards.

The London effect and the results of the government scheme is even more prevalent when comparing the GCSE attainment grades across the UK.

In contrast, Newcastle had approximately 15 GCSE grade points lower than London. Although the London challenge has helped, there is undoubtedly a difference in the importance placed on education between white and non white ethnic parents.

The need to work hard and perform well in schools is something British Asians students know all too well. One teacher from Hackney says: “It comes down to the parents’ influence. Students who’ve arrived as migrants recently are generally coming from a place where education is valued for education’s sake. 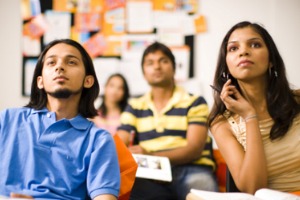 “Where I teach now, in a rural area, we’ve got a very homogenous set of students, all from similar backgrounds – generation after generation quite happily in a steady state where they’re not forced to improve.

“If you compare that with a parent and children coming over from a country where there isn’t as much opportunity, they do really have to try, and that’s a parent-led ideal that gets fed into the student. I met so many students from African and Asian countries that really wanted to learn.”

One GCSE ethnic minority student, Gurdeep says that: “My parents work hard for me and in return they want me to do well in school, get a degree and a good job afterwards. They want me to have the education and opportunities they never had.”

Gurdeep’s parents are not only the ones who want to see their child succeed academically, Mr Khan, parent of 14 year old Tariq says that:

“Education is the key to success, I came to this country to help my son make something of himself, the opportunities in London are fantastic!”

This belief is also shared by Professor Simon Burgess who carried out the report, he says:

“There is nothing inherently different in the ability of pupils from different ethnic backgrounds, but the children of relatively recent immigrants typically have greater hopes and expectations of education.”

The work ethnic minority students put in school shows in the professions they work in.

In particular, the British Asian community, who go into well paid and well respected professions such as the medical, legal and financial sectors go onto work as doctors, lawyers, and accountants.

So could white British students potentially learn something from their ethnic minority peers, by working harder in schools to achieve the same results?

Amarjit is a 1st class English Language graduate who enjoys gaming, football, travelling and flexing his creative muscles writing comedy sketches and scripts. His motto is “It’s never too late to be who you might have been” by George Eliot.
Child Sex Groomers Banned from contacting Victim
Sex Gangs target Asian Girls for Grooming