“I thought they might come to my home and break the windows – even kill someone.”

White British girls are not the only targets of sex gangs. New reports have uncovered an increasing number of British Asian girls who have been groomed for sex in their local area.

In one such case study, a teenage British Asian girl went public with her story about how she was groomed and then sexually abused by gangs in Yorkshire.

Lubna* was aged 13 when she became friends with a gang of men in a local shisha bar. As somebody who felt lonely and isolated in life, the attention that she received from these men made her feel that they ‘cared about her’.

However, the men plied Lubna with alcohol and drugs, including cannabis. She said: “They got their own way with me. They asked me to wear clothes that show my figure and different parts of my body.” 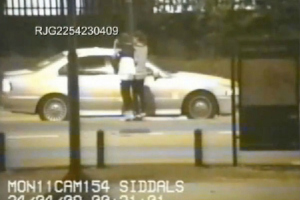 Being of Pakistani origin, their requests were conflicting with her faith and religious beliefs.

Despite this, she continued to do what they wanted because she feared for the safety of her family if she tried to escape her situation: “I thought they might come to my home and break the windows – even kill someone.”

She began to self-harm because she felt ‘worthless’. She added: “I was punching walls. Then I found a knife in the kitchen drawer and cut my arms. I thought the pain felt good.”

Lubna overdosed twice and was admitted to hospital. Her father, Mushtaq, decided that it was time to intervene so he confiscated her phone.

He found it bizarre that his daughter had 1,000 friends on facebook, many of whom were older males. These young men would pick her up from home in their cars.

Particularly after the report of the sexual exploitation of at least 1,400 girls in Rotherham, the focus in the media has been on gangs of predominantly British Pakistani men grooming white English girls. However, this story along with many others, challenges this popular belief.

In another case, 23 year old Zain Shah from Blackley sexually assaulted a 12 year old girl in September 2013. Shah rang and texted her daily, telling her that he loved her, before assaulting her in a supermarket car park.

Campaigners argue that the Asian moral and social codes of remaining silent to avoid shame and to protect family honour, are allowing sex gangs to flourish. 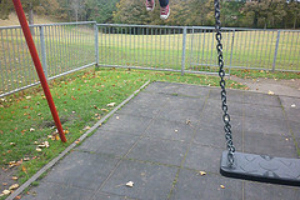 Jaswinder Sanghera is the founder of Karma Nirvana, an organisation which helps women and men who are victims of ‘honour-based abuse’. She says: “Asian women are deliberately targeted because men know they won’t come forward [to complain]. So they can be exploited and abused.”

A similar claim was made by Shaista Gohir MBE, who has said that Asian girls are especially vulnerable to blackmail because of the risk of ‘bringing shame’ on a community.

Gohir’s February 2014 report, Unheard Voices, was notable for one particularly horrific case of an Asian teenage girl who had been groomed and raped by up to 30 men in Birmingham. This group of men included a father and a schoolboy son, who was still in school uniform, and taxi drivers who turned up in groups.

The chair of the Muslim Women’s Network (MWN) has been outspoken about the way that many families and communities treat victims of sex gangs:

“They would rather protect the honour of the family and community than report an offender and protect other girls, as well as get the victim the counselling and help they need.”

Her report said that when abuse is eventually revealed, it is more likely that the daughter is sent abroad, or hastily persuaded into an arranged marriage. This is done in an attempt to get rid of the problem, rather than face it.

Gohir has also added that some young boys and men have a completely different understanding of the concept of consent, to the rest of society. Some young males do not understand that what they are doing is rape, she believes, and this needs to change. 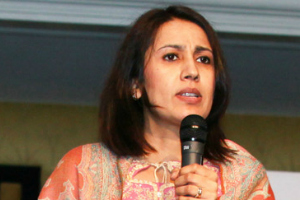 There is another unsettling finding from Gohir’s research. Many of the sexual abuse victims that she spoke to, asked if she was looking for stories about sexual abuse in the home.

Gohir said: “From what I’m hearing, sexual abuse in the family is a bigger problem than gangs.”

Gohir realised that sexual abuse within the home would need its own dedicated report: “I thought at the time it must be really common. I want case studies within the Muslim community to make them realise that part of the problem is our silence. The problem is getting worse and worse.

“Women are the barrier to justice. You’ve got mothers, who you expect to be nurturing, who are covering it up. Isn’t it our fault as a community if we instantly protect the offender and demonise that victim?

“This happens in all communities, but within Asian culture there are shame and honour issues that result in a cover-up.”

Lubna’s father, Mushtaq, agrees that the taboo surrounding the sexual abuse has led the community to ‘brush it under the carpet’. He said: “There’s nothing in our religion that says you can’t speak out about a crime.”

Thanks to a dedicated effort by her supportive father, Lubna is getting her life back on track. She has been undergoing counselling and has returned to college to continue her studies.

But with many other Asian girls at risk of harm, is it time that this taboo was dealt with more openly by the community?

Names in the article have been changed to protect identities