Racist Bullying in Schools on the Rise

ChildLine’s recent report shows bullying in UK schools is on the rise, why is this and what is being done? DESIblitz investigates.

"No child should have to suffer the fear and victimisation of bullying."

ChildLine have reported a whopping 69 per cent increase in bullying from 2012, with more than 1400 children contacting ChildLine services in regards to online and racist bullying.

Of the racist terminology used, ChildLine stated ‘freshie’ was a common term used against children whose English was not their first language.

With immigration being a hot topic in current affairs, head of ChildLine, Sue Minto claims that children are not oblivious to this:

“There’s so much more of a focus in the news at the moment about immigrants… it’s a real discussion topic and children aren’t immune to the conversations that happen around them. 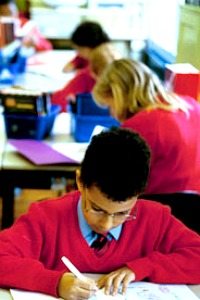 “Some children are being told, even if they’re UK born, to pack your bags and go back where you belong. It is very worrying, it’s a big increase.

“This past year, it really seems to be something children and young people are suffering with.”

The charity also claims that religious hatred is one of the biggest issues that some children face, with young ethnic students being targeted. The report shows that some of the most common terms being hurled at children are ‘terrorist’ and ‘bomber’.

James Kingett, from the charity Show Racism The Red Card (SRTRC) stated that in particular, the issue of Islamophobia has been prevalent over the past 12 to 18 months and said:

“The idea that all Muslims are terrorists or bombers is a particular problem. We’re getting that from kids with no Muslim classmates through to those in diverse schools with many Muslims.”

Mr Kingett also said: “Often children are picking up language at home and from parents and taking that to be fact. The rhetoric at the moment around immigration is incredibly pervasive. The prominence of the immigration debate may have had a knock-on effect, filtering down in classrooms.”

The charity also reported that the majority of abuse occurred in schools rather than on social media sites, with girls often calling regarding bullying and boys about racist abuse. 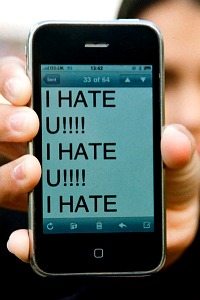 More young children have access to technology which is part of the problem claims Human Resources Safeguarding Manager of NSPCC, Kerry Cleary:

“It used to be the case that when they went to their bedroom and shut their door, they were safe… and parents knew they were safe, that’s not the case anymore, now children can be reached 24 hours a day through these devices, and through the internet.”

The easy accessibility of the internet has made it an unsafe environment for children, yet ChildLine figures show that more than 59 per cent of counselling took place online than by telephone (41 per cent).

The ChildLine figures came only a week after The Prince’s Trust reported approximately 750,000 young people in the UK feel they have nothing left to live for.

There is also a rise in younger children self-harming, the worrying amount of children stating to have been bullied or self-harming puts into question what parents and schools are doing to help stop this?

ChildLine claimed that some children who reported to have told a member of staff at school about the bullying found that no action was taken, or were given very little help to make them feel safer and happier in school, such as being told to ignore the bully. Others felt reluctant to speak out in case this made the situation worse.

Some also felt that the actions being taken up by schools also did not help, for instance holding an assembly addressing the issue of racism and bullying in an attempt to resolve the matter.

A statement by the Department for Education spokeswoman stated: “No child should have to suffer the fear and victimisation of bullying. Every school must have measures in place by law to prevent it and, thanks to our new curriculum, children will soon be taught how to stay safe online, including cyber-bullying, from the age of five.

“We have strengthened the powers that teachers have to tackle bullying. They can search pupils for banned items, delete inappropriate images from phones, and give out same-day detentions.”

“We are also providing more than £4m to a range of anti-bullying organisations to help schools develop strategies to tackle the problem and deal with the impact when it occurs.”

These recent reports show that there needs to be a change within schools to make children feel safe enough to speak about bullying and to in turn solve the issue and defeat bullying. The new powers given to teachers is a positive way forward, however will this really tackle this issue of racist bullying?

If children are being exposed to abuse and racism at home, how will this stop them projecting this type of behaviour in schools towards their fellow classmates?

ChildLine was launched in 1986 and has since counselled more than 3 million children. If you are a victim of bullying contact ChildLine free on 0800 1111 or on their website.

Wanderlust at heart, Fatimah is passionate about everything creative. She enjoys reading, writing and a good cup of tea. Her life motto is: “A day without laughter is a day wasted,” by Charlie Chaplin.
Karra Brothers Jailed for Counterfeit Notes
British Asians backlash towards EU Immigration