Immigration is a subject close to the hearts of many British-Asians. With recent news regarding immigration laws blowing up, DESIblitz explores the backlash.

South Asians have taken on a new position, that of a new assimilated British citizen.

Since January 1, 2014, migration restrictions have been lifted from Romania and Bulgaria meaning that nationals from both countries looking for work can move freely among EU member states.

The flurry of fact and figures coming from research centres, think tanks and economists which have emphasised the role of migration in supporting growth and contributing towards British society have little chance of engaging and capturing public imagination.

As levels of immigration have risen to historically high levels, so too has public concern about the issue: a series of opinion polls, including The Migration Observatory indicate that three quarters of UK voters rank its importance as second to the economy.

The criticism of immigration is not a new phenomenon, in fact it has existed since the latter half of the twentieth century. Enoch Powell’s, ’Rivers of Blood’ speech in 1968 has rendered all serious discussions of race and immigration politically unsustainable. 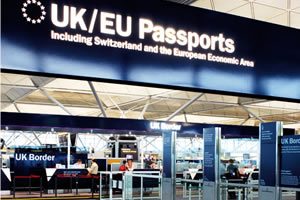 The public discussion on immigration faces copious amounts of regurgitation, where the topic has been stretched so broadly it has in effect lulled the British audience into sheer complacency.

But, what is becoming more increasingly interesting is the media’s focus on presenting ‘the immigrants view on immigration.’

What we see today are more articles, documentaries and interviews of first and second-generation South Asian immigrants feeding into the culture of negativity which immigration seems to spark in the British public.

The question remains, what is the effect of immigration today on the immigrants that arrived over 50 years ago and their offspring?

In the 1970’s, Britain faced the re-emergence of fascism in the form of the National Front and a deepening of the racist offensive against black and immigrant worker by the state.

What became a defining experience for New Commonwealth immigrants was the persistence of ‘colour’. The public debate on immigration became dominated by the view that black and South-Asian immigrants were culturally incompatible with the existing British way of life.

In a BB4 Radio debate hosted by Ritula Shah, a member of the audience admits: 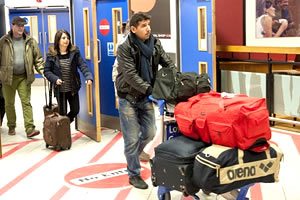 “They [UK Government] have closed the door on black [and brown] skinned immigrants, for the people from the African and Indian subcontinent the door is now locked.

“They now chose to let in people who look like them…the white people. The white people are given preferential treatment, over black [and Asian] people, who have helped built this country twice over.”

In response, another member of the audience was Polish, he argues:

“I am white. Yet, nobody assumes that I might be an immigrant. This is true of a lot of Polish, it is only when they start speaking they are seen of as immigrants.

“Therefore, unlike Black or Asian people, they are not immediately labelled. Black and Asian people whilst they might already part of the British community, or born in Britain, they will forever be labelled immigrant.”

These two responses highlight the huge disparities that exist between whites and non-white immigrants. Non-white immigrants, especially British-Asians are extremely critical of the next wave of migrants and the differential treatment that they are receiving – particularly in reference to the competition in the job market.

The British attitude survey shows that 60% of first and second-generation immigrants want to see a cut in the numbers following them here. 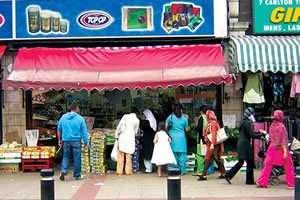 “I don’t think it’s fair for locals who have established themselves (who have set up their own businesses) are now competing with those who have come from Eastern Europe.”

Another said: “The frustrating thing about this is that we British born South Asians cannot get a job. The Eastern European communities can get one. This is causing great difficulties”.

David Goodhart, director of the think tank Demos, argues that: “A lot of the fears about immigrants competing with the established labour force are largely exaggerated. But where the immigrants really do compete is with the existing pool of immigrants. There is a danger where there is a lot of migration, it drives immigrant wages down.”

South Asians have taken on a new position, that of a new assimilated British citizen. There is now a growing trend of South Asians in defence of their own migratory history.

It is now apparent that the media is finding satisfaction in being supported by the wave of South Asian immigrants that arrived in the UK in the early 1950’s.

Nick Robinson’s BBC2 documentary, The Truth About Immigration shows interviews with dejected native northerners (including a second-generation Asian) upset by the Roma gangs hanging around on the street corners and dumping rubbish everywhere.

There was also an interesting comparison to an Asian immigrant, the documentary showed a Pakistani man who said: “I don’t think the Pakistani community did this. We did come in large numbers about 30 years ago, but we came here to work. My father came here to work.” 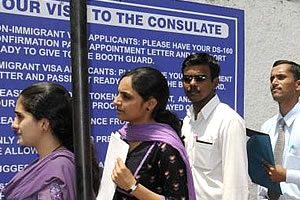 The reoccurrence of rhetoric amongst British South Asians to distinguish themselves from their Eastern European counterparts is eye opening.

Media dogmatism narrowly skewers the image of immigration as they manage to manipulate not only the manner in which the general British public perceive immigrants, but also how immigrants see themselves.

Media representations of the ‘typical’ South Asian immigrant is one of passivity, they are not considered active citizens within their own community. It is these media representations and stereotypes, which have had a deep psychological effect on the way immigrants view themselves.

It is inevitable that wider public concerns about the scale and impact of migration must be addressed. This will not happen by reiterating the negative aspects of migration and formulating new policies to restrict immigration.

What we need not do is focus on trying to convince the British public that less migration is desirable, but there should be more efforts to build better narrative of the positive contribution’s migrants bring to society.

Natasha is an English Literature and History graduate. Her hobbies are singing and dancing. Her interests lie in the cultural experiences of British Asian women. Her motto is: "A good head and a good heart are always a formidable combination," Nelson Mandela.
Racist Bullying in Schools on the Rise
British Asian Media Personality Arti Halai