A prominent face of British Asian Media, Arti Halai began a career in TV reporting and presenting. She is now one of the most successful Asian women in the industry, having started her own communications company in the Midlands.

"As a Presenter, it was a very privileged role and I was really honoured to be doing it at ITV."

Business savvy television presenter turned business owner, Arti Halai has been in the media industry for over 15 years.

Dabbling in Television presenting, reporting and producing, Arti has many achievements under her belt, including being the first Asian face of ITV1’s regional news in the Midlands, Central News for several years.

Her vast experience has led Arti to becoming a consultant and trainer for her own co-founded company, Fleet Street Training.

Graduating from the University of Sussex in 1992 with a BA (Hons) in Social Policy, Arti blindly decided to explore a career in media. 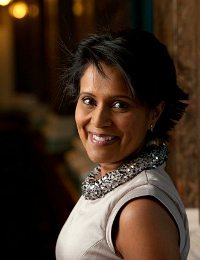 Having no knowledge of the media industry, Arti made it her mission to soak up any information she could obtain from each and every job. In an exclusive Gupshup with DESIblitz, Arti explains:

“I was conscious of the fact that I didn’t really know any Asians in the industry. And I certainly didn’t know many Asian girls who had ventured. So I think it was that challenge with the excitement and the dynamic that got me really glued to a career in the media.”

Although the media was perceived as having no job prospects or stability for a young Asian female, Arti took a leap of faith and dived into the industry, despite not knowing where it might take her.

Her career began with her working for BBC Radio WM as a reporter and presenter based in Birmingham. From this job, Arti discovered her love for presenting but soon moved to the Mirror Group as a senior producer.

Her experience in radio and presenting helped her to create a new city cable station from scratch; Birmingham Live covered everything from news, features and sports. Having done such a great job with her cable station, blueprints were then made to add 6 similar stations. 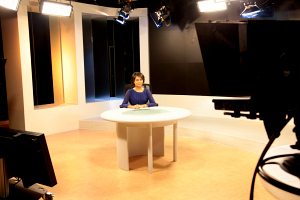 Having dabbled in producing, Arti decided to go back to her creative roots at Carlton as a presenter on a weekly half-hour show covering issues affecting the Asian community.

Being an ethnic minority herself, Arti passionately discussed issues such as domestic violence, aids and adoption; sensitive topics that have never been so openly spoken about before.

Arti notably sparkled in every job she pursued, showing that the strict industry could be more inclined to hire people from ethnic minorities if they possess the right skills for the job:

“What I really loved was presenting. Presenting is where you are really communicating and connecting with your viewers. As a Presenter, it was a very privileged role and I was really honoured to be doing it at ITV. So I knew that I wanted to lend that profile not just to what I was doing in terms of the news, but to the wider community.” 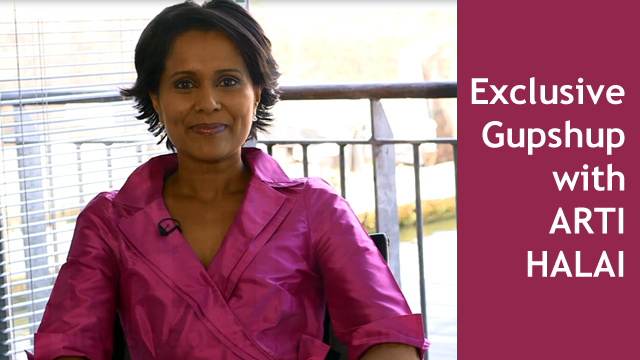 A year of her career in 2000 was spent working for London Weekend Television, presenting a new current affairs programme.

The show involved a broad remit covering topics like the historical significance of the Commission for Racial Equality (CRE) and its role today, as well as the regeneration of the South Bank. Her impressive interviewing skills led her to interview legends such as Sir Richard Attenborough and Salman Rushdie.

In 2009, Arti put all her knowledge of the industry and success into a self-help book, Positivity (published by Hothive). Each chapter targets an innate feeling stopping a person from pursuing what they want. Arti explains how to combat these feelings to make a positive impact. With such great feedback, Arti can now add successful author to her growing list of achievements.

Following the release of Positivity, Arti is often asked to present live events and motivational talks on personal effectiveness and how to raise profiles by creating a positive mindset.

With all of her experience, Arti has been able to turn her knowledge of helping others succeed into a business. She has become the co-founder of her new company Fleet Street Training, which offers clients a chance to maximise their business performance through the power of communications.

With PR, training, consulting and design services, businesses can improve with the help of trained professionals in the areas they are lacking. When asked why Arti decided to go into business, she said:

“The reason I ventured into business was because I took a step back and thought, ‘I’ve got all of this experience. I’ve got all this knowledge in communication and I want to be able to share that with other people’.”

“The Fleet Street Group is all about helping businesses to tap into the power of communications. So whether it’s through branding, logo design, website and creativity. Or whether it is actually because we will do the PR for you because we understand the media, or because we will come in and teach you the skills about how to deal with the media and what to do in a crisis.” 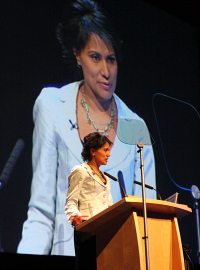 While business is a new venture for Arti, it is clear that she has a natural flair for it.

Her advice for young British Asians looking to venture into the media world? Arti says: “Just go for it. You really have to want it badly enough. You’re route is never going to be ‘A to B’, you will always be side-tracked.

“But you’ve got to be focused. You’ve got to be determined, For every one position, you know there are hundreds of people who want it. So what’s gonna set you apart? Determination, persistence and consistency. And I think you have to be really passionate about it. You have to love it.”

Currently, as well as managing her business, Arti also does a lot of work and consultation overseas. In particular, she regularly travels to Qatar on behalf of Al Jazeera to offer courses on TV presentation. Here, she teaches vital skills to budding presenters in the East.

From meeting the very talented Arti, it is clear that there is no limit to what she can accomplish. Determined, savvy and ambitious, there is certainly no stopping the inspirational media expert and personality that is Arti Halai.

Huma is a Media student with a passion for writing anything fashion, beauty and lifestyle related. Being a bookworm, her motto in life is: "If you only read what everyone else is reading, you can only think what everyone else is thinking."
British Asians backlash towards EU Immigration
Beginners Guide to Backpacking