Highlights of the Asian Media Awards 2013

The first ever Asian Media Awards held on October 31, 2013, was a resounding success. With 27 awards given out, DESIblitz were there to catch all the reactions from the stars and the winners.

"It’s always good to receive recognition like this. We will continue to do what we always do in providing good content."

The Asian Media Awards 2013 was a grand affair that welcomed some of the biggest British Asian media talents and celebrities into one space.

The sole purpose? To celebrate their achievements over the many years that Asian media has been flourishing.

In only its first year, the award ceremony proved to be a huge success, with all attendees truly believing they were part of a national and international network of news, journalism and entertainment.

The Hilton Deansgate situated in the bustling and thriving city of Manchester welcomed guests from across the range of Asian media, from radio to television to local publications. 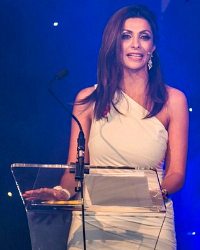 All nominees waited with liberal patience to find out if they would be announced as the new owner of a glamorously glass-chiselled Asian Media Award.

Interestingly, the awards were held outside of London’s media central. One key reason for bringing the awards up North to Manchester was to appreciate the huge media outlets that are striving hard outside of the main hub of London.

The awards themselves were split into different categories representing the many diverse aspects of Asian media as a whole. Covering print, online, television, radio and journalism.

The prestigious ceremony was hosted on the night by ITV Central News presenter Samina Ali-Khan, with the awards being presented by a range of media celebrities. 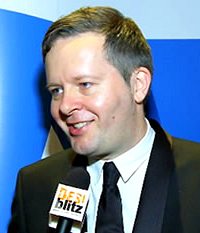 Without a doubt, Asian media has truly gone from strength to strength, encouraging the hard-hitting reporting that exposes sensitive issues affecting ethnic minorities and human rights across the world.

The BBC Asian Network were one of the big winners of the night, with them winning Radio Station of the Year, while Nihal took two awards for Best Radio Show and Radio Presenter of the Year.

Speaking about the importance of the event, Head of Programmes at the BBC Asian Network, Mark Strippel, said:

“This has been a long time coming actually. Just a real milestone in Asian media. A celebration from Marketers to PR to TV to websites, such as DESIblitz and the BBC Asian Network. It’s a real key event, I think.”

Asian journalism was celebrated with Divya Talwar of the BBC winning Journalist of the Year, while Anna Hall collected the award for Best Investigation for directing a Channel 4 film, ‘The Hunt for Britain’s Sex Gangs’. Speaking about the documentary, Anna says:

“This was a very difficult film to make. I directed it, Tazeen [Ahmad] reported for us. It was a film that was very controversial. We filmed it over three years. It was about a live police investigation looking at a child sexual exploitation case.”

Whilst print media continues to endure at a steady pace, prominent Asian nominees in the Print category attended the event, to celebrate their hard work and commitment to this medium.

But with the oncoming of the Internet era, digital media has been slowly creating waves across Asian communities, who are now beginning to understand the importance of online publications for the future of news and media.

Blogger Salma Haidrani, winner of the Best Blog award admitted that digital media was in fact shaping journalism and would continue to thrive in many different ways.

Digital media and the online model has been at the heart of DESIblitz.com from the onset, the online web magazine, and this very approach honoured DESIblitz.com with the Best Website Award at this prestigious ceremony. Indi Deol, DESIblitz Director said:

“We’ve been doing this now for the last five years, and I don’t think it’s going to stop. It’s always good to receive recognition like this. We will continue to do what we always do in providing good content,” he added.

Opportunities in Asian media are growing, whereas mainstream media remains a challenging profession for any young Asian person wanting to make their mark. Commenting on this Anjna Raheja of PR and Marketing agency, Media Moguls said:

“Not only does this [Asian Media Awards] put us on a level playing field in many ways, but it also creates role models and inspirations for the new generations, that is what is important.” 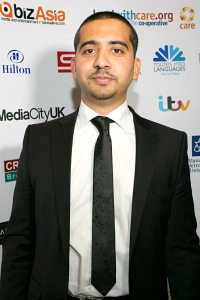 “For us, it was really hard to go into media because it just wasn’t acknowledged, and a lot of people now think of Asian media as a kind of stepping stone into mainstream media. But actually, it is a great industry to be part of” Anjna added.

Journalist Mehdi Hasan won the coveted Media Personality of the Year for his discussions on the political and social climate of Britain today:

“I think British Asians are doing very well. I wish media would better represent members of black and minority ethnic communities. I think the media are doing a much better job than 10 or 20 years ago, but it’s still not doing good enough,” Mehdi said.

As Media Manager of the Asian Media Awards, Umbreen Ali explained, nominations for the awards were by no means trivial:

“We were overwhelmed with the entries and in particular with how small organisations have such a significant impact on the communities they serve.

“It was wonderful to honour some of those who have made valued contributions in the past but also to recognise that there is still a lack of diversity in some newsrooms. It is only through events like this we realise the scope of talent that is out there,” Umbreen said.

Of the Special Awards given out on the night, the most significant was the Sophiya Haque Services to British Television Award. Created in honour of the legacy of the Coronation Street actress, who sadly passed away from cancer earlier in 2013 at the age of 41. 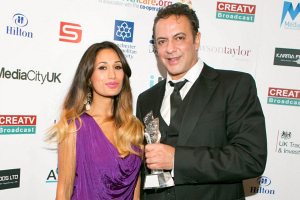 Whether from journalistic, reportage, TV, Radio, or PR and marketing backgrounds, the Asian Media Awards had something for everyone.

Indeed, the awards were not just limited to simply news and entertainment. They also honoured specific social and charitable campaigns who are doing their bit for the global Asian community.

Overall, the Asian Media Awards, alongside its numerous sponsors and partners such as lendwithcare.org and CARE International, was undeniably a successful evening.

Exposing the achievements of British Asian media to the rest of the world, the awards highlight the need to celebrate Asian achievement together and as a whole. With such a fantastic event for its inaugural year, we look forward to seeing the Asian Media Awards grow from strength to strength.