Dominic Grieve, the Attorney General has been criticised for damaging remarks against ethnic minorities by claiming that British Pakistani corruption is rife and needs to be addressed by the Government.

"[Minorities] come from backgrounds where corruption is endemic. We as politicians have to wake to up to it."

British Attorney General, Dominic Grieve has created much controversy among Pakistani communities in the UK with his claim that corruption among minorities is fuelled mainly by Pakistani’s.

In an interview with the Daily Telegraph, Grieve insisted that corruption was “endemic” in parts of the Asian community and it was necessary for the government to deal with it sooner rather than later.

Published on November 22, 2013, Grieve admitted that minority communities living in the UK today were prone to corrupt activities more-so than the English majority (which, he added, also suffered from some elements of corruption):

“[Minorities] come from backgrounds where corruption is endemic. We as politicians have to wake to up to it,” said Grieve.

“[They] come from societies where they have been brought up to believe you can only get certain things through a favour culture. 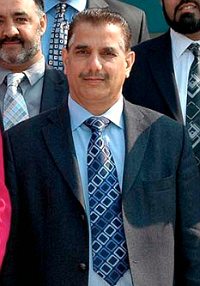 “One of the things you have to make absolutely clear is that that is not the case and it’s not acceptable. As politicians these are issues we need to pay some attention to.”

Grieve admitted that in particular it was electoral corruption that had risen. He cited Slough as one constituency where fraud votes had occurred for which Conservative councillor, Eshaq Khan was found guilty of involvement in 2008.

When pressed more specifically about which minority community he was referring to, Grieve answered: “Yes, it’s mainly the Pakistani community, not the Indian community.”

In particular, Pakistan’s High Commission in London has been extremely critical of the Attorney General, saying: “The Pakistani diaspora in (the) UK is deeply disturbed by these unfounded and uncalled for comments made against them.”

In a statement released by the High Commission, they insisted:

“The High Commission for Pakistan to the UK finds these remarks by Mr Grieve MP totally unfounded towards the strong Pakistani diaspora in the UK that contributes nearly £30 billion to the British GDP and is in the forefront of efforts for cementing inter-faith and multi-ethnic harmony in a country home to millions of people of diverse backgrounds.

“Comments such as these are contrary to British Prime Minister David Cameron’s repeated appreciation of the constructive role played by Pakistani diaspora in the economy, culture, politics and society of the UK.” 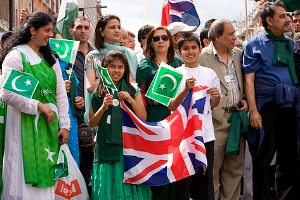 Dominic Grieve has since been duty-bound to chew his words, and has apologised for singling out Pakistani corruption in such a way:

A colleague of Grieve’s, MEP Sajjad Karim admitted to feeling insulted by the Attorney General’s remarks:

“As a member of the British Pakistani community myself, I’ve found these comments to be offensive [and] divisive. I do think they were ill-advised and I’m afraid the very general way in which Dominic is trying to make the points that he is making will have the net effect of being seen as purely populist in nature.

“It was quite clear when one carries out even the most basic examination of the claims that he is making that the facts do not support the argument that he is presenting.

“To try and generalise in this way and to paint all British Pakistani community members in a certain light, I’m afraid that is simply something that cannot be ignored and it is certainly not something that the British public at large will accept from Dominic at all.” 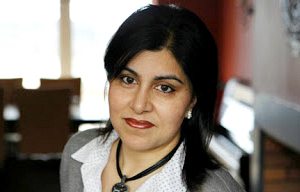 Qassim Afzal, the chairman of the Liberal Democrat Friends of Pakistan group said: “I’m profoundly disturbed at a statement from such a senior Conservative MP against the British Pakistani community.”

But while Grieve’s comments may have struck a chord with some Pakistani’s in the UK, the question of corruption is still a vital one that needs to be addressed.

Baroness Warsi also made similar comments to Grieve back in 2010, following claims of electoral fraud in some constituents. She insisted that problems of corruption existed ‘predominantly within the Asian community’.

“Corruption is prevalent in most cultures and societies. More so in the South Asian community as institutions back there are still very corrupt so the mind-set is ingrained into people. But less so for second and third generations.”

“Grieve wasn’t out of order for stating it; he just singled out a particular ethnicity though you’d find similar issues in the African community, especially Kenya and Nigeria.”

It may be that the comments made by Dominic Grieve are precisely the ‘wake up’ call that is needed for communities to begin reassessing the fraud and corruption that does take place across the UK. Particularly those hot spots of tight-knit Asian communities in some of the bigger cities.

Aisha an English literature graduate, is a keen editorial writer. She adores reading, theatre, and anything arts related. She is a creative soul and is always reinventing herself. Her motto is: “Life is too short, so eat dessert first!”
Highlights of the Asian Media Awards 2013
Top Beautiful and Lavish British Asian Wedding Venues