Actress turned politician Jayalalithaa has been acquitted of corruption charges. Reports claim the judge declared her ‘not guilty’ within 10 seconds.

“The verdict has paved the way for me to emerge as tested pure gold.”

The 67-year-old was cleared on May 11, 2015 of charges related to amassing illegal wealth, that amounted over US$10m (£6.4m) outside of her known income sources.

Three others associated with the case were also acquitted in the case that began almost two decades ago.

Jayalalithaa was originally sentenced to four years in jail, after being found guilty of corruption in September 2014.

The calculation worked out to a disproportion of 8.12 per cent, which sat within the 10 per cent allowed by law.

Judge Kumaraswamy said: “It is relatively small. In the instant case, the disproportionate asset is less than 10 per cent and it is within the permissible limit. Therefore, accused are entitled for acquittal.” 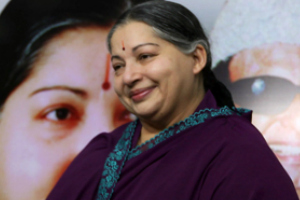 Indian Prime Minister, Narendra Modi, called Jayalalithaa to congratulate her on her acquittal.

Her supporters gathered outside the court in their droves to celebrate winning the appeal.

Widely known as ‘amma’ (mother), Jayalalithaa said: “I thank the people of Tamil Nadu for reposing faith in me and I thank God for the gift of people’s love.”

She added: “Truth and justice have prevailed. I am immensely satisfied; the verdict has paved the way for me to emerge as tested pure gold.”

The trial was strategically held in Karnataka to eliminate any influence her party, the All India Anna Dravida Munnetra Kazhagam (AIADMK), holds in Tamil Nadu.

Senior BJP leader Subramanian Swamy, who filed the case against Jayalalithaa almost 20 years ago, has vowed to appeal the acquittal.

Speaking to the press, he commented: “An appeal is very desirable because we can’t let this go at this stage.”

The original charge dates back to June 1996 when Swamy filed a complaint against Jayalalithaa.

This led to a first information report (FIR) filed against her for allegedly possessing unaccounted assets during her first term as chief minister from 1991 to 1996. 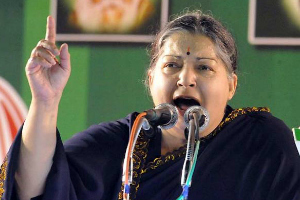 Her assets included 28kg of gold and 10,000 saris which were seized by police.

In addition, 1,000 acre of estates she reportedly owned were also under question.

Subsequent charges were made against her in 1997 and an ongoing trial followed.

In November 2003, the case was moved to Bangalore as the Supreme Court observed that a fair trial would not be possible in Chennai. Jayalalithaa maintained the charges were politically motivated.

With her charges cleared, Jayalalithaa, can now look to make a comeback and become head of government once again.

She will have to enter the Assembly through an election win within six months to stand a chance of becoming leader of the AIADMK legislature party.

As the AIADMK party begins talks to reinstate their leader, media reports are speculating Jayalalithaa could be sworn in as early as May 17, 2015.

Her party currently holds 37 of the 39 seats in Tamil Nadu.

Bipin enjoys cinema, documentaries and current affairs. He writes silly rhyming poetry when free, loving the dynamics of being the only male in the household with his wife and two young daughters: “Start with the dream, not the barriers to fulfilling it.”
Priyanka Chopra stuns in Quantico Trailer
Ranbir and Anushka are Golden in Bombay Velvet