Shibani Dandekar slammed Ankita Lokhande for her open letter, saying she wants her “2 seconds of fame”, but she ended up being trolled.

"She has played a major role in this 'witch-hunt'."

Actress and singer Shibani Dandekar was subjected to online trolling after she criticised Ankita Lokhande for her open letter.

As the Sushant Singh Rajput case has gone on, his girlfriend Rhea Chakraborty has been a prime suspect.

Shibani has come to her friend‘s defence, saying that she deserves justice.

She has now tried to defend her against Sushant’s former girlfriend Ankita after she shared an open letter.

On September 9, 2020, Ankita accused Rhea of being “careless and irresponsible” by letting Sushant take drugs even though she knew about his mental health issues. 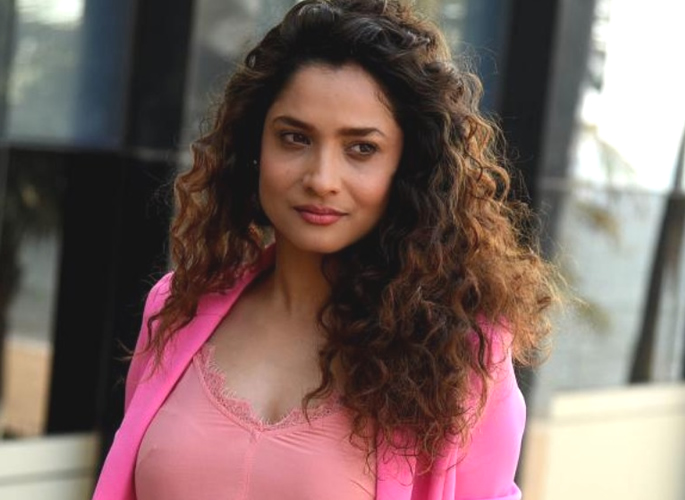 She wrote: “Would anyone, who claims to have loved someone so deeply, allow the other person to consume drugs claiming to know his mental state and condition? Would you do that? I don’t think anyone would. So how can it not be seen as an act of carelessness and irresponsibility?

“As per her, she informed his family about his ongoing treatment but did she ever inform them about his drug consumption?

“I am sure she didn’t because maybe she, herself, enjoyed consuming it. And this is why I feel it’s Karma/Fate.

“When she very well knew about his mental state by publicly stating that he was in depression.

“Should she have allowed a depressed man to consume drugs? How is that going to help? His condition would deteriorate to a level that would make a man take the action that SSR has allegedly taken.

“She was the closest person to him at that time.

On her Instagram Stories, Shibani stated: “Such a grotesque letter by Ankita Lokhande.

“This princess of patriarchy who has never dealt with her own relationship issues with Sushant, clearly she wants her two seconds of fame and has capitalised on Rhea being targeted.

“She has played a major role in this ‘witch-hunt’ and she needs to be called out! She also just needs to shut the hell up.

“Enough Ankita! No one has more hate in their heart than you.”

This woman clearly wants her 2 seconds of fame and has capitalised on Rhea being targeted because she has had never dealt with her own relationship issues with Sushant.. she has been the driving force behind this and she needs to be called out! https://t.co/egM6iZRuHU

However, her comments on Ankita needing “2 seconds of fame” led to Shibani being subjected to brutal trolling.

Many netizens sided with Ankita and said that it is Shibani who needs the two seconds of fame, stating that Ankita has had a more successful career.

One person commented: “Ankita Lokhande is a self-made actress. Unlike you who is dependent on the fame and money of your ‘BF’ (Farhan Akhtar).”

“That moment when u did everything for ‘2 minutes of fame’ But find your boyfriend’s name on trending!”

One user posted: “Read. Google. Ankita Lokhande was the highest-paid actor on TV whilst you are just Girlfriend of 50-year-old Farhan Akhtar. Get lost old woman.”

Rhea Chakraborty was arrested on September 8, 2020, by the NCB in connection with Sushant’s death and her alleged drug links.

This prompted Shibani Dandekar to break her silence on the matter.

In a post, she said: “Vibrant, strong, vivacious, such a bright spark, so full of life!

“I’ve witnessed such a stark contrast to this side of her personality over the last few months as her and her family (some of the kindest warmest best people you will ever meet) have experienced the most unimaginable trauma!

“We have watched the media behave like complete vultures on a witch-hunt vilifying and torturing an innocent family to breaking point!”

Dhiren is a journalism graduate with a passion for gaming, watching films and sports. He also enjoys cooking from time to time. His motto is to “Live life one day at a time.”
TV Actor Noman Ijaz sparks fury with Cheating Admission
Showik admits to procuring drugs for SSR on Rhea’s request?