The saga of Indian fast bowler Mohammed Shami versus his estranged wife Hasin Jahan has entered a new phase with Shami being cleared of corruption charges and his wife seeking justice with support from a chief minister.

"This comes after days of tense moments."

Indian cricketer Mohammed Shami has had the all-clear from the Board of Control for Cricket in India (BCCI) following an internal investigation of the corruption charges made against him by his estranged wife.

His contract was withheld by the BCCI, following the allegations made against Shami of adultery, torture and match-fixing.

However, the board has now renewed his contract and cleared him of all corruption charges following the investigation by the BCCI Anti Corruption Unit on Thursday 22 March 2018.

Neeraj Kumar, Head of BCCI ACU, who investigated the allegations concluded them in a confidential report and said:

“Based on the conclusions in the said report, the CoA is of the view that no further actions/ proceedings under the BCCI anti-corruption code are warranted in the matter.”

From the onset of the accusations from Hasin Jahan his wife, Shami denied all allegations.

Pleased with the outcome of the BCCI investigation, Shami said:

“I am feeling relieved [after getting the clean chit from BCCI]. This comes after days of tense moments.”

Shami is now free to play for the Delhi Daredevils in the IPL (Indian Premier League) which starts in April 2018. His contract pays him Rs. 30 million (£325,982) per year.

However, the other charges against Shami which include attempted murder, poisoning and harassment, were not mentioned by the BCCI during clearing him of corruption.

Shami has also indicated that he will fight for the custody of his daughter, saying:

“I will consider legal options for the custody of daughter as I want to give her bright future.” 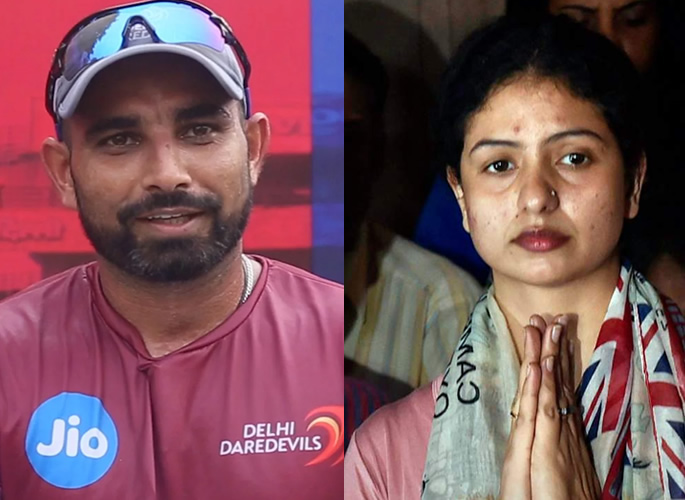 In the meantime, Shami’s wife, Hasin Jahan is pining for justice and gathering support.

She met with the West Bengal chief minister Mamata Banerjee for a short meeting on Friday 23 March 2018, to discuss her case against Shami.

Talking about her meeting with the minister, Hasin said:

“I handed over to the chief minister a three-page appeal detailing whatever I had to say.”

“She gave me a patient hearing and assured me that she would go through my complaints and extend necessary cooperation. The chief minister also told me that the law will take its course and I will get justice.”

Hasin wants the chief minister’s support in her fight against her husband.

Jahan alleged that Shami stopped maintenance payments to her for family expenses, saying:

“Till today, you [Shami] neither gave me the status nor rights of a wife. Except for money to run the house, I have no rights on anything. What he does, what his income is, he hides everything from me.” 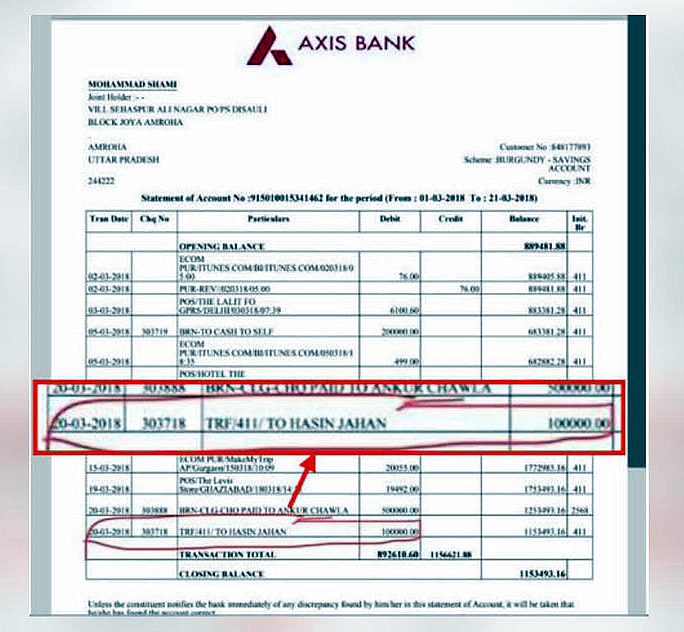 However, Shami’s bank statement has surfaced online showing that on March 20, 2018, Shami paid Hasin Rs 1 lakh, as proof that he is actually still making payments.

It’s also been reported that Hasin has rejected offers by Shami and his family members for an out-of-court settlement of the dispute.

It looks like this public war between husband and wife now is entering a phase with bitter exchanges and a fight for personal justice.

Amit enjoys creative challenges and uses writing as a tool for revelation. He has major interest in news, current affairs, trends and cinema. He likes the quote: "Nothing in fine print is ever good news."
Alishba met Mohd. Shami and Wife says She shared “his bed”
Pakistan Super League Cricket 2018: Reflections on Season 3