Allegations against Mohammed Shami by his wife Hasin Jahan reveal details of a UK related sex racket, match-fixing, marriage proposal to another woman and a divorce.

"There was an international sex racket operating, through which these two men were linked."

The allegations against Mohammed Shami by his wife Hasin Jahan have been increasing since she exposed him on social media for cheating on him and domestic violence against her.

The whole saga has created a media storm with new aspects of the story being revealed by Shami’s wife.

She’s stated that if she had not found Shami’s smartphone, the Indian bowler would’ve divorced her:

This phone reportedly gifted to Shami by his IPL franchises, which she found in his car, is what revealed his affairs and misdemeanours to her.

In the allegations from Jahan, her lawyer, Zakir Hussain, revealed that Mohammed Shami is involved in a relationship with a Pakistani woman to whom he had proposed to marry and that Shami was introduced to this woman through a UK related sex racket. Zakir stated:

“There is Pakistani woman with whom Mohammed Shami has a relationship. Shami had proposed to marry this woman, which led to the outburst of his wife. There is a man called Mahmud Bhai from Manchester through whom Indian pace bowler Mohammed Shami got introduced to this Pakistani woman. There is another person called Kuldeep Singh, who is part of an international racket. Singh used supply women through this racket.”

The lawyer told the Mumbai Mirror: “There was an international sex racket operating, through which these two men were linked.” 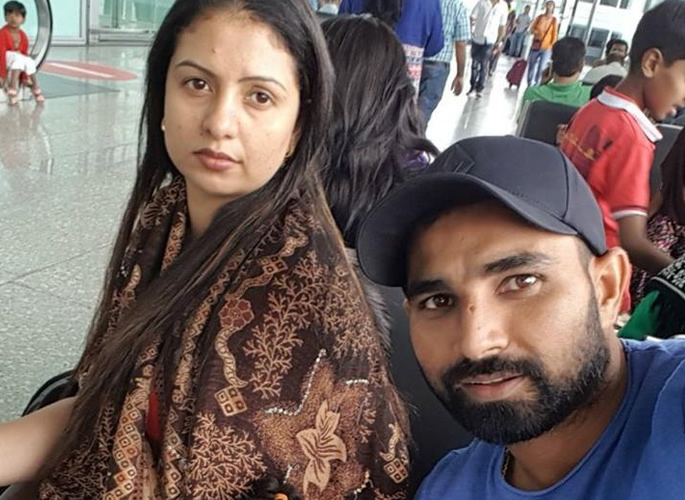 “There were so many girls with whom he had illicit relationships. Dirty behaviour was there from the beginning. But my client tolerated silently. There is this Pakistani woman with whom he has fallen in love and he wants to marry her. That is the biggest problem.”

“No woman wants to break her home. When Mohd Shami proposed to get married to a Pakistani woman last week, Hasin Jahan became furious and broke her silence in front of the media,” he added.

When Hasin posted details of his affairs on social media, she said:

“Whatever I have posted is just the tip of the iceberg. Shami’s acts are far more heinous. He has relationships with multiple women.”

In addition, she claims that the Delhi Daredevils player is also participating in match-fixing. In an interview with ABP News, she said:

“If Md. Shami can cheat me then he can cheat the country as well. He accepted money from a Pakistani girl named Alisbah in Dubai. He agreed to accept it after insistence of England-based Mohammed Bhai. I have proof.”

She requests that the BCCI authorities need to investigate this matter, saying:

“A Pakistani woman had given money to Mohammed Shami in Dubai. The truth should come out for what money Shami received in Dubai. BCCI Police should find out who came to Shami’s room in Dubai.”

Jahan has also claimed Shami’s mother and brother tortured her and even tried to kill her.

Formal charges against Shami under Indian law include Section 498A: cruelty to a woman by her husband or his relatives, Section 307: attempt to murder, Section 323: punishment for voluntarily causing hurt, Section 376: rape, Section 506: criminal intimidation, Section 328 and Section 34.

Hasin says Shami should come clean and tell the truth with a possible chance of a reconciliation, saying:

“He’s making up all sorts of things to save himself from allegations. Why didn’t the media investigate even after I gave them all the details? Till the day I took to social media, I tried to convince him to save our marriage. If he tries to come back I may still consider.” 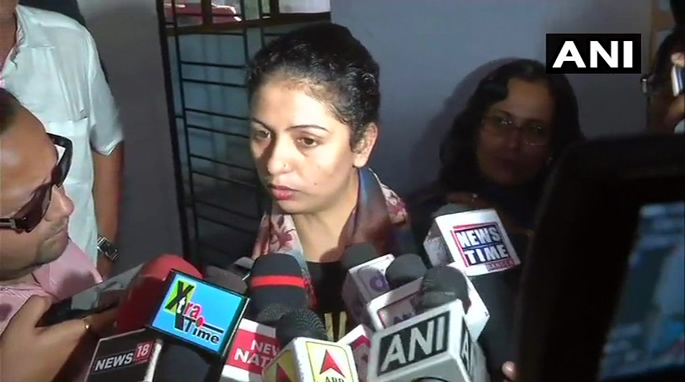 Interestingly, Hasin claims her Facebook posts revealing details of Shami’s affairs and adultery were deleted and she was blocked. She told ANI:

“I have not received any help from anyone. So I took to Facebook to speak of my ordeal. Why did Facebook block my account & deleted all the posts without my permission?”

From the fallout, actions being taken against Shami include a Kolkata police charge against him for domestic violence against his wife and the BCCI withholding the contract of the fast-paced bowler.

Shami has responded to the allegations and told ANI:

“If this matter can be solved by talking, nothing can be better than that. Only patch up will do good for us and our daughter. If I have to go to Kolkata to solve the matter, I will. I am ready to talk, whenever she wants.”

“There have been many accusations which are increasing day-by-day. I don’t want to give an explanation about it and I want it to be investigated thoroughly.”

Regarding his cricketing future, Shami said: “I Have full faith on BCCI, whatever decision they take will be after much deliberation and investigation. I have no tension regarding that.”

Feeling that this is a conspiracy against him, he said:

“Even after my wife was trolled so much in the past I stood by her. And I would like to stand by her today as well.”

Hasin has stated that she will take Shami to court for cheating on her. Therefore, the accusations by the wife of the Indian cricketer need the thorough investigation they deserve to ensure both parties in this torrid affair get the justice they seek.

Amit enjoys creative challenges and uses writing as a tool for revelation. He has major interest in news, current affairs, trends and cinema. He likes the quote: "Nothing in fine print is ever good news."
Cricketer Mohd. Shami accused of Cheating and Torture by Wife
Alishba met Mohd. Shami and Wife says She shared “his bed”