Corruption in the Indian Premier League

The Indian Premier League is in the spotlight for a whole new chapter of controversies, with the BCCI imposing bans on former administrator Lalit Modi and players S. Sreesanth, Ankeet Chavan, Amit Singh and Siddharth Trivedi.

"Now I wonder if even a single delivery was genuine during the IPL."

Indian cricket has definitely seen better days. The Indian national team has done well over the last year or so, but many recent controversies have marred the sanctity of the game in the country.

Let’s take a look at what is happening to the game which is very popular in India.

The Board of Control for Cricket in India [BCCI] is persistently making the top stories these days. The BCCI reputation has been tainted on many occasions lately and the board now seems to have become a synonym to controversy. 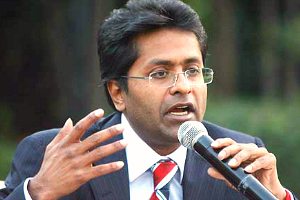 Lalit Modi is considered as the mastermind behind the cash rich annual IPL. Modi started his journey from Rajasthan Cricket Association, before becoming one of the youngest vice-presidents of the BCCI.

He was appointed the convener of the IPL, which became one of the most exciting T20 cricket championships in the world.

He was considered the most high profile cricket official at his peak. But growing indifferences with the top BCCI officials and irregularity charges led to his downfall.

Reacting to his lifetime ban, an aggressive Modi said:

“I am not going to run away. I am here. I will fight them. It gives me more of a resolve to fight them. The fans around the globe deserve clean cricket. Indian cricket needs cleansing. The BCCI is going to be the target for me as far as I am concerned.”

He also vowed to disclose many wrongdoings and expose top BCCI officials soon. It is expected that he will appeal the decision of the BCCI. 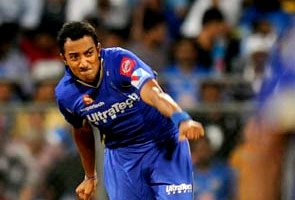 Troubling times for the BCCI started when the spot-fixing news broke in. The entire cricketing world was taken by surprise when three key Rajasthan Royals players were arrested after suspected involvement in spot fixing.

Rajasthan Royals immediately suspended the contracts of these players with the BCCI following suit.

Later, the BCCI slapped pacer S. Sreesanth with a life ban for his involvement in fixing matches and failing to report bookie approach during IPL 6.

His Royals teammate Ankeet Chavan was also banned for life on similar charges to Sreesanth, following the board’s disciplinary committee meeting. The decision on Ajit Chandila is still pending but his fate may very well be the same.

The fact that Sreesanth was involved in such an act was a bombshell for many fans. A player of his stature stooping so low was indeed unbelievable.

Sreesanth made rapid advancements in the beginning of his career as he got selected in the Duleep trophy in his very first season and later made it to the national team. Though sometimes expensive and temperamental, he was a talented wicket-taking bowler known for his aggressive approach. 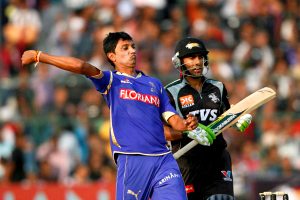 According to the Ravi Sawhney [former director general of the police] report Amit Singh received a five year ban for match fixing and soliciting other players to fix matches, while Siddharth Trivedi was given a one year ban for failing to report bookie approach.

The quantum of punishment might seem quite severe, but the BCCI has done right in sending a clear message to all cricketers, especially the young and vulnerable.

One of the most respected cricketing names Sunil Gavaskar expressed his disappointment over the entire issue and said: “Now I wonder if even a single delivery was genuine during the IPL.”

The nation was still in shock with the spot fixing saga before another big news came in. Mumbai police exposed Gurunath Meiyappan, the son-in-law of BCCI president N. Srinivasan in a betting scandal. Meiyappan, former team principal of Chennai Super Kings had to step down after the disclosure.

He and many others were charged by the crime branch with cheating, forgery and criminal conspiracy. 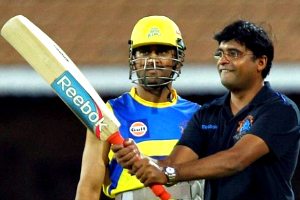 The fate of IPL saw even darker times when a ICC umpire’s name was also dragged into the matter. Pakistani umpire Asad Rauf allegedly received favours from bookies in exchange of passing important information to them.

Rauf was later withdrawn from officiating in the ICC Champions Trophy in June, 2013 and has also been dropped from the Elite Panel of ICC Umpires.

“All the allegations reported in the media are totally baseless. We don’t have any charge sheet and only have the press reports that have no legal value or importance at the moment.”

When the name of Meiyappan was mentioned in the betting scandal, there was tremendous pressure on his father law to resign on moral grounds.

But Srinivasan stood very rigidly on his ground and despite all the protest and even court’s intervention he kept finding ways to keep his position in the BCCI. In fact he has claimed the top BCCI rank once again after completion of his last term.

Whatever be the stand of BCCI one thing is for sure is that the common cricket fan has been deeply hurt by all these controversies. One cannot just forget all the incidents which have tarnished the gentlemen’s game to quite a degree.

It won’t be wrong to assume that fans will now follow the IPL with an element of cautiousness.

BCCI has still many things to take care of as they find themselves in a rather embarrassing situation. With the BCCI controlling and influencing major cricketing decisions, they will need to react fast and clean up this mess.

In the case of Meiyappan, there are calls for an impartial investigation to avoid any nepotism from within the board.

The fixing of cricket matches has spread rapidly throughout the Subcontinent and parts of the Middle East. The respective boards will need to share intelligence and work closely to remove this evil from the game.