The first ever Asian Media Awards took place in a lavish ceremony at the Hilton Deansgate in Manchester. Held on October 31, 2013, the event celebrated the best talents of the Asian Media industry across the UK.

"Tonight was never really about who won but it was more to celebrate the media industry."

October 31, 2013 saw the inaugural Asian Media Awards, held at the plush Hilton Deansgate in Manchester. The ceremony paid homage to some of the outstanding Asian media personalities and representatives in the UK today.

The evening saw a plethora of guests and celebrities all coming together to honour Asian achievement. On arrival, they walked down a very apt blue carpet and up the glass staircase into the main hall where champagne flowed all night.

A remarkable hotel, the Hilton Deansgate proved to be the perfect setting for the first ever Asian Media Awards. Well-loved singer, Raghav provided the entertainment for the night with a selection of his biggest songs. 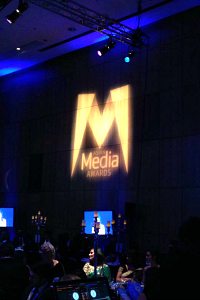 With 26 categories and awards to announce, guests and nominees waited with eagerness to find out who the winners were.

The awards honoured all aspects of the Asian Media world; from print journalism to online digital media, radio and TV, PR and Marketing, and of course dedicated services to the media industry.

Adil Ray bagged the Best TV Character award, for his portrayal of Mr Khan in BBC sitcom, Citizen Khan: “To get this recognition from fellow professionals is great. To make a successful show like Citizen Khan takes a lot of work so this award is for the entire cast and crew,” Adil said.

DESIblitz.com won the award for Best Website. A truly honoured moment for a dedicated and hardworking team which consistently strives to provide the best original content to its mass readership.

Indi Deol, the Director, said: “This is a very proud moment for us and recognises the hard work of all the team; our senior editorial team, the writers, video editors, camera crews and technical staff. This is a very special milestone for DESIblitz.com at an event which was brilliantly organised and is a fantastic platform for Asian media.”

Mehdi Hassan won the Individual Award for Media Personality of the Year. Speaking about his win, he said: “I’m thrilled to have won this award. It’s great to receive recognition from both my peers and the community so this is like a double win.”

“My view is that the British media has a long way to go before it can truly say it’s done enough to create a diverse workforce, but these awards are giving us the chance to shout about what we do and be counted.” 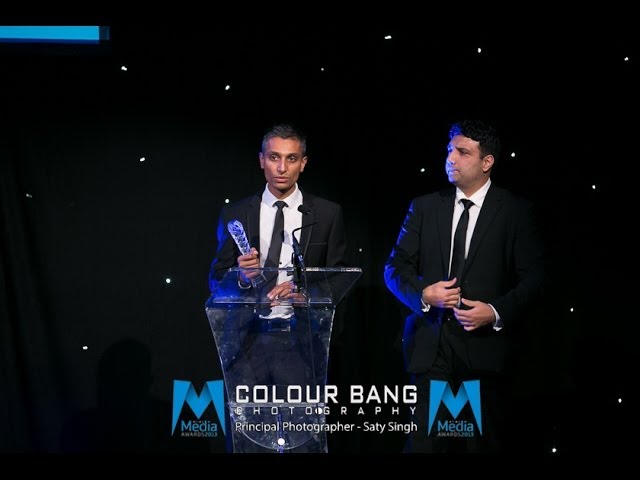 In what was a hugely successful night, Media Manager of the Asian Media Awards, the beautiful and charming Umbreen Ali admitted:

“It has been a wonderful night and I am delighted with the response. Tonight was never really about who won but it was more to celebrate how the media industry continues to thrive in all its forms.”

Here is the full list of winners for the Asian Media Awards 2013:

Newspaper of the Year
Eastern Eye

TV channel of the year (Digital)
Star Plus

The first Asian Media Awards has really set the standard in honouring some of the most remarkable individuals of the Asian media industry while also providing a huge platform for new and upcoming talents. A hugely successful night and many happy faces. Congratulations to all of the winners.

Aisha is an editor and a creative writer. Her passions include music, theatre, art and reading. Her motto is “Life is too short, so eat dessert first!”
10 Top Business Tips for Job Interviews
Highlights of the Asian Media Awards 2013