New research has found that British-Asian children can perform better academically with enhanced understanding, if they speak a second language such as their mother-tongue.

Do bilingual children perform better academically then their monolingual peers? This question has been debated many times, with some believing that bilingualism leads to superior brain development. Others fear that infants exposed to two languages could experience difficulties achieving fluency in even one, let alone both.

New research from Goldsmiths focusing on British-Asian children in Tower Hamlets suggests that a second language can enhance their understanding and academic performance across the board. 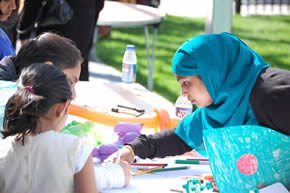 There are many reasons why migrant groups care about maintaining their community language and passing it on to younger generations. Parents want their children to understand their cultural heritage. Some believe having a second language will be a professional advantage in our increasingly globalised world.

Extended families were once the norm for South Asian migrants in the UK. This meant children had little choice but to learn their mother tongue, as their parents and grandparents were only able to converse in the tongue of their ‘homeland’. However, this situation has changed dramatically over time.

Education has played a major role and with British Asians becoming professionals, the use of English has become widespread in the British Asian home. Therefore, making it common for children to pick up only partial or passive knowledge of their parents’ mother tongue, or none at all.

Families who took part in the study differed greatly. Some presumed their children would just absorb the language from exposure through relatives. Others made a concerted effort to only speak Gujarati at home from an early age, so the children got used to it. Community language schools are also becoming a popular choice for parents keen for their children to learn their mother tongue. 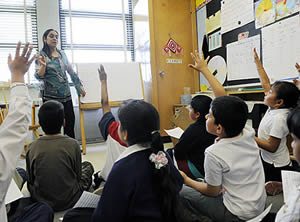 Community language schools are usually run by volunteers and give classes outside of normal school hours. These grass roots projects are designed to give kids a grounding in the language, culture and customs that they would have experienced had their family not migrated.

Community schools do a good job, but they can differ widely in quality and teaching methods used. One parent wanted her children to learn Arabic, so arranged for a tutor to come to her home. She stopped the lessons when she overheard him telling her son that it was wrong to shake hands with women.

There are other, well-established community schools that keep very high standards. The Community, Education and Development Foundation Limited (CEDF) based in the West Midlands provides language teaching and other projects such as extra curricular art classes. Parents of children learning Punjabi at CEDF comment on how much the kids enjoy the classes, making them more enthusiastic about their language and culture.

Dr Charmian Kenner led the research. She commented that children using both languages alongside one another were able to understand subtleties that they might not only using one language: “Learning a mathematical concept in Bengali and English, for example, deepens understanding as ideas are transferred between languages. Or children can compare how metaphors are constructed in a Bengali poem and its English equivalent”.

Whether or not fluency in a second language results in increased intelligence, this new report indicates that there are academic and social benefits to maintaining community languages.

Roz is a writer who has travelled extensively in South-East Asia and Europe. Her passions are learning about different cultures, learning foreign languages and meeting new and interesting people. Her motto is "a journey of a thousand miles begins with a single step."
Abuse of UK Domestic Migrant Workers
Asian Peers fraud and Lady Warsi outcry