Domestic workers migrating to the UK dream of a new lifestyle supported by caring and fair employment and living standards. But this is not always the case and it’s emerging that many are badly abused and treated like slaves. DESIblitz spoke to Kalayaan, a UK charity supporting the cause of these workers.

Migration to the UK usually receives a bad press. Shocking headlines depict a country where rampant immigration has caused mass unemployment. During the election campaign earlier this year, migration was one of the most discussed issues. It’s not often that the individuals who come here to work are thought about. Migrant domestic workers have a particularly hard time. Often they are not aware of their rights, and are sometimes wrongfully denied help by the police and hospitals.

The London-based charity Kalayaan deals with these issues. Established in 1987, Kalayaan is devoted to supporting domestic migrant workers in the UK. Kalayaan is a member of a coalition of nine NGO’s including Anti-Slavery International, Amnesty International UK, and ECPAT; working closely with the Anti-Trafficking Legal Project (ATLeP).

These workers are often employed in private households as live-in nannies or maids. It can be said that the majority of them are female. Sometimes they work for other migrant workers, such as doctors from overseas, and sometimes they work for British or diplomatic households. Their dependence on employers for accommodation and visa support makes them vulnerable. Kalayaan registers roughly 350 new clients reporting exploitation each year. 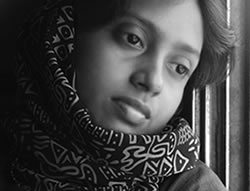 The abuse can take many forms. Employers deny their domestic staff basic rights such as payment and time to rest. Unsure of their rights, their employers wield power over them. Many are not confident using English, thus, unable to access the help which is available. Others have had their passports taken by their employers, and are therefore, unable to leave. Some suffer physical assault and are not allowed out without supervision.

As the only charity dealing specifically with this issue Kalayaan has a lot of work to do. In 2009 27% of those registered did not receive regular food, 67% worked seven days per week and 70% received a salary of £50 per week or less. This is just the tip of the iceberg though. There is no way of accurately estimating how many people face these conditions.

Kalayaan solely helps people already in the UK and is not involved in helping people arrive here. Services they provide include legal support, immigration advice and emergency assistance for domestic workers leaving abusive situations. They also provide English language courses and social space for people to build relationships. This is important as often domestic workers are completely isolated and have no support network.

Jenny Moss has been working for the charity for 3 years. One of the key issues Kalayaan has been involved in is campaigning for a specific migrant worker visa. The existence of this visa ensures that migrants’ rights are respected in the UK. The coalition government will review immigration regulations. When DESIblitz asked her about what this could mean for Kalayaan, Moss said,

“What is important to us is that they recognise the importance of the Visa. We want to give evidence of the success of the Visa and why those rights are so valuable.” 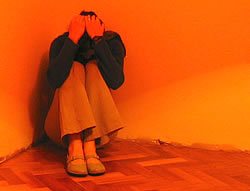 Recent media attention is helping to raise awareness. In the past twelve months major papers such as the Guardian ad Daily Mail have featured articles on the subject. Kalayaan was featured in the UK Channel 4’s ‘Dispatches’ programme which showed under-cover proof of how some domestic workers were being badly treated.

The case of Yoyoh Binti Salim Udin, a migrant domestic worker who attempted suicide by drinking bleach, caused a stir earlier in the year. Udin had been accused of stealing, and claimed her employers strip-searched her and threatened her family. In her statement to court she wrote of feeling “incredibly isolated” with no support. Her employers deny all allegations and the case is still awaiting judgement.

Another major provision of domestic workers in the UK comes via human trafficking. One report estimates that at least 5,000 people are trafficked each year in the UK. Whilst many of them find work as domestic workers, many of the women end up being forced into prostitution and every sex trafficker earns on average £500-£1000 a week per woman. It’s also estimated that about 330 children are trafficked into the UK each year.

Change is happening but it is a slow process. The key issue to prevent abuse is to raise awareness of people’s rights. Social attitudes towards migrants must alter also, if they are to be supported within the community. Kalayaan does an important job, but it needs contributions and cooperation from other parties in order to succeed.

Roz is a writer who has travelled extensively in South-East Asia and Europe. Her passions are learning about different cultures, learning foreign languages and meeting new and interesting people. Her motto is "a journey of a thousand miles begins with a single step."
Cameron and The Kohinoor
Bilingual Children perform Better