Jaskirt Boora unveils exhibition at the 2019 Blast Photo Festival, celebrating her Indian family history and the sacrifices made when migrating to the UK.

“I know how different it is for women in Punjab"

Award-winning photographer Jaskirt Boora showcases a wonderful exhibition at the Blast! Festival of Photography, paying homage to the older generation of her family.

Her parents met for the first time at Heathrow Airport in the 1970s.

They had both grown up in India but decided to make England their home. Having an arranged marriage, the couple had only seen a photo of each other before they met.

Meeting this way was common for South Asian back in those days. Their story and the stories of their relatives resonates with migrant communities throughout the world.

As a result, Jaskirt set out to create a piece of work that depicts the life-changing experience of migrating to England.

The result is a thought-provoking, humbling, and inspiring photography exhibition titled Mitti Di Khushboo – The Smell of the Land. 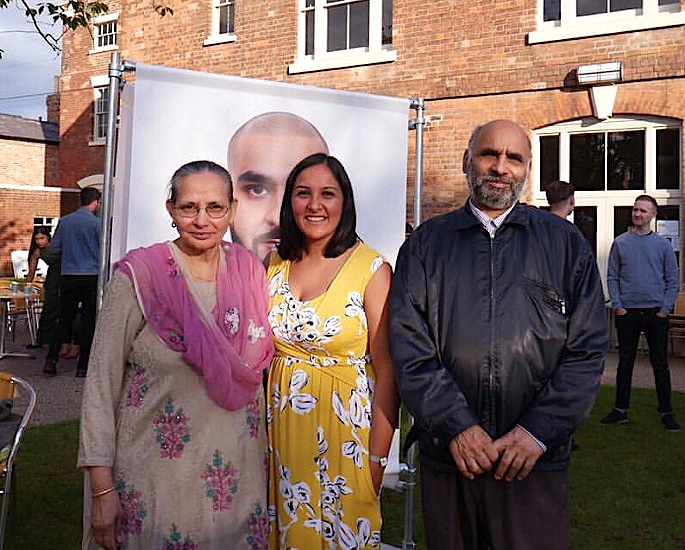 It is a collection of medium-format photographs that Jaskirt took of her family members. The exhibition features photos of Jaskirt’s grandparents, parents, siblings and her own children.

Accompanying these images are hand-written accounts of their life stories.

This exhibition reflects upon how different the life of Jaskirt may have been had she grown up in Punjab, India as opposed to England.

DESIblitz had the privilege of attending the exhibition in Smethwick and discuss Mitti Di Khushboo – The Smell of the Land with Jaskirt Boora herself. 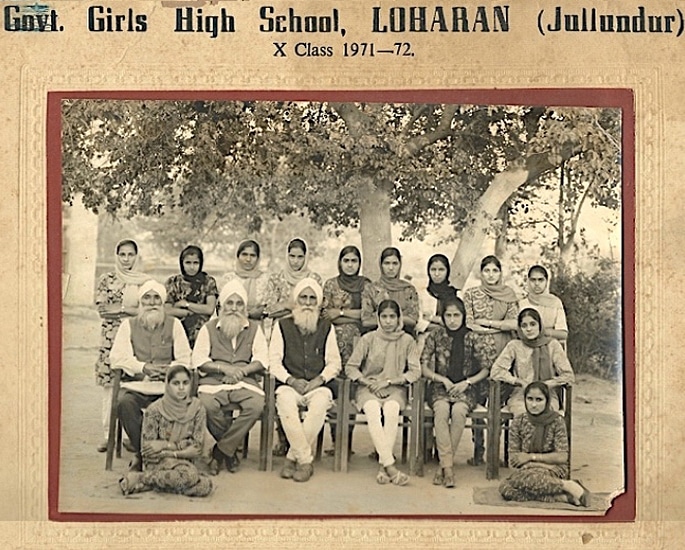 Jaskirt Boora reflected on how thankful she was for her education in England.

Referring back to old stories, she tells us what her mother’s schooling was like.

When her mother was in school, she sat on bricks and had no textbooks. It was a very different experience for her. She also finished her studies at the age of sixteen.

Jaskirt, however, was a graduate from a British university in 2007 and works as a photography teacher.

Her mother was not fortunate enough to have such privileges.

In a written report, Jaskirt’s mother recounts at the age of sixteen she was keen to continue her education. Unfortunately, she was told that this would not be possible.

The college was too far away and there was work that needed to be done with her father at home.

In another hand-written account, her father, recalls that he went to school for a few years and learned Punjabi, English and some Hindi.

He claims that he had always struggled with English. This made his first few years in England very challenging. His piece in the exhibition reads:

“When we came to England it was a new life, a new start and the adjustments were hard.”

When discussing this exhibition with DESIblitz, Jaskirt Boora emphasised that the main motivation to create this work was for educating future generations.

She wants to ensure that they do not take life for granted, especially after all the sacrifices her family have made. In particular the level of education they are receiving in England. She says:

“It can be only one generation away where times were so different.”

Relocation and Making a Living 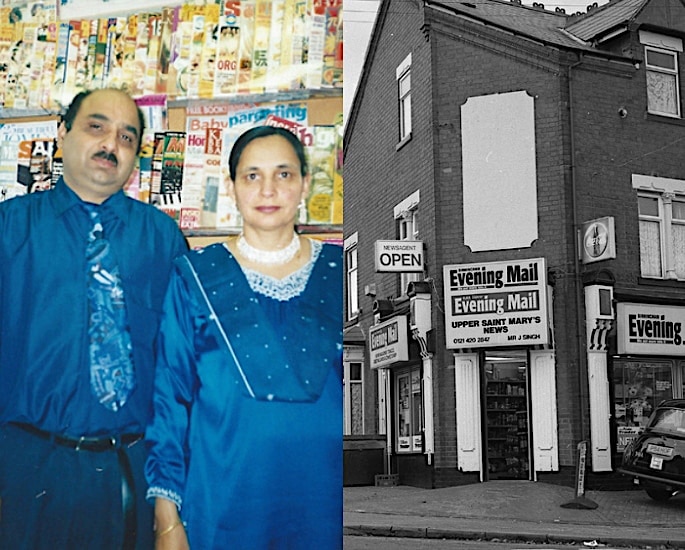 Finding work in a new place is rarely easy. Add in the challenge of being unfamiliar with the culture and language and at times it can feel impossible.

Jaskirt Boora captures these stories of searching for and adapting to new work in Mitti Di Khushboo – The Smell of the Land.

For example, one of the entries tells the readers that, together with her husband, they bought a corner shop in the 1980s.

The woman writes that she knew nothing about how to run a shop and the business skills needed. She also remembers needing a lot of help.

This will be a familiar story to many South Asians who moved to England during that time.  However, this kind of story is not unique to them. It is an experience that can still resonate with people migrating worldwide.

This is because every country has different work-life expectations. Adapting to this can be challenging and requires a lot of perseverance.

Another example can be found in the case of Jaskirt’s dad. He felt that his first job in England was too much work for too little pay. He received £15 a week.

Her father also recalls how expensive life was back in the 1970s.

“An apple in Birmingham in 1975 would be eight pence but in London, it would be around twenty-five pence.”

The Impact of the Exhibition 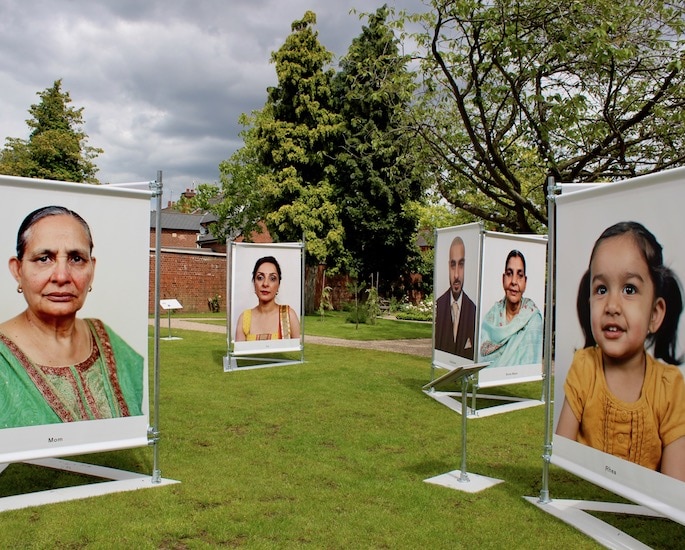 Mitti Di Khushboo – The Smell of the Land will not come to an end when the exhibition closes.

Jaskirt Boora’s main motivation for this project was to inform current and future generations.

She wants to showcase the lives and histories of the current generation of British Asian communities. Hence, she hopes to inform and inspire future generations.

With her family being originally from India, she recognises certain advantages she has benefitted from thanks to growing up in England. Imagining what her life may have been like if she had grown up in India, she wonders:

“The one thing I’ve always thought is how different my life would have been had I been born in India. Would I have had the opportunities that I’ve had [here in England]?”

“I know how different it is for women in Punjab. I think times have changed there for the better.

“But I remember when I went to India in my twenties on my own.  I remember I went out one evening with my cousin and I just thought I wouldn’t be able to go out in India on my own in the evening without a male companion.”

This made her reflect on how different her life in Birmingham is. Jaskirt told us that in Birmingham she has always felt safe to go out alone.

She is grateful for the sacrifices her parents made and consequently does not want her children to grow up without knowing and appreciating their cultural heritage.

Jaskirt stated that she wants her children to hold on to this piece of work and pass it down through the generations.

“I hope one day my future generations will look back [on this work] and they’ll be able to see this is where our family came from and this is what they went through.” 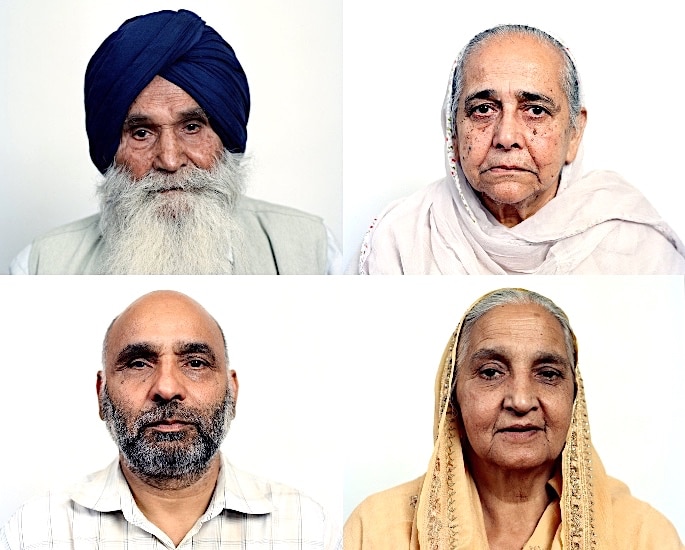 We asked Jaskirt how this photography exhibition differs from previous photography work she has done in the past. She explained to us that it feels more personal.

“It means a lot more [to me than previous projects] in the respect that it’s something that I’ll pass down to my children.”

The photographs for Mitti Di Khushboo – The Smell of the Land are stunning. Each piece tells a unique and thought-provoking story of migration to England.

If you have an interest in portrait photography and personal stories of migration, this is one exhibition not to miss.

Mitti Di Khushboo – The Smell of the Land will be running at Lightwood House, Smethwick, Birmingham until June 29, 2019.

It is being hosted by Blast! Festival of Photography and further information can be found here.