‘2 Band Radio’ is a satire comedy, which premieres at the 21st UK Asian Film Festival. DESIblitz previews the film and will host a screening in Birmingham.

"I thought my nuances are quite clear"

The satirical comedy 2 Band Radio will have its world premiere during the 21st UK Asian Film Festival (UKAFF) at the Watermans Arts Centre on April 6, 2019.

DESIblitz the ‘Official UK Media Partner’ for the film will host a special screening of the film at the Parkside Lecture Theatre, Parkside Building, Birmingham City University (BCU) on April 13, 2019.

A direction of Saki Shah, Rahat Kazmi and Kunwar Shakti Singh are writers of the film.

Famous for producing ‘Zara Hat Ke’ films (out of the ordinary) such as Mantostaan (2017) and Lihaaf (2019) Rahat Kazmi Films is going back to the 1970s, presenting a film about the journey of a radio in a Kashmiri village.

The film is a mixed bag of emotions and comedy.

DESIblitz provides a unique and exclusive overview of the film. 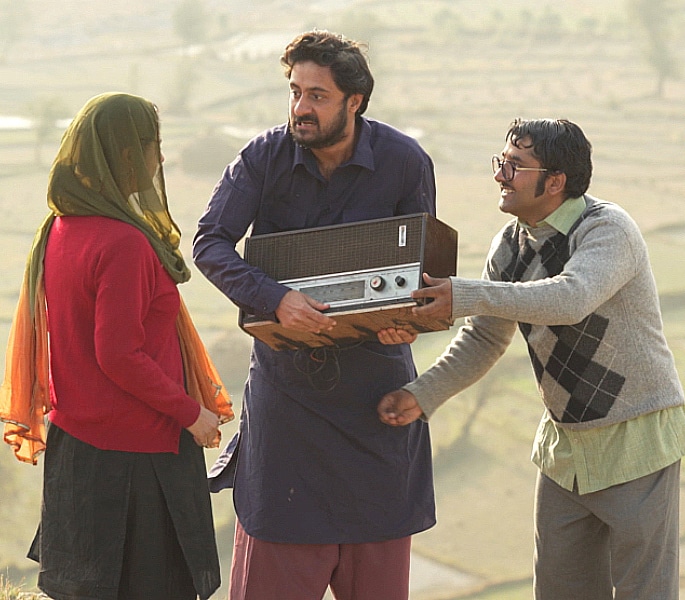 The film is shot across Poonch District in the Indian state of Jammu and Kashmir. Poonch lies very close to the Pakistan border.

In reply to a question about where the filming specifically took place, Rahat reveals:

“It is shot in a small town called Surankote, which is around 28 kilometres from Poonch towards Jammu.

“After Surankote, Poonch city comes on the border.”

The inspiration for the location is the story, which derives from the area. More importantly, as the writer belongs to this area, it is somewhat a recollection of his memories as a kid.

He is a witness of when the first radio made its way to their village and how this device was a new thing for everyone.

The film also touches on the transition from villagers singing party songs to the introduction of radio, which saw the machine replacing the man.

With times changing, people were now listening to popular songs via the radio.

Another reason for shooting the film in Poonch is because Rahat and co-producer Tariq Khan come from that place. Rahat explains:

“My childhood was spent there as I studied there. I have the nuances of the Punjabi culture in a few parts of Kashmir.

“I have the nuances of the Punjabi culture about that and I connect to that place. So that was another reason to base the film there.”

The film revolves around a few real-life incidents.

The short story Quench the Spark (1885), also interpreted as Spark Neglected Burns the House by Russian author Leo Tolstoy is somewhat of a source for 2 Band Radio. 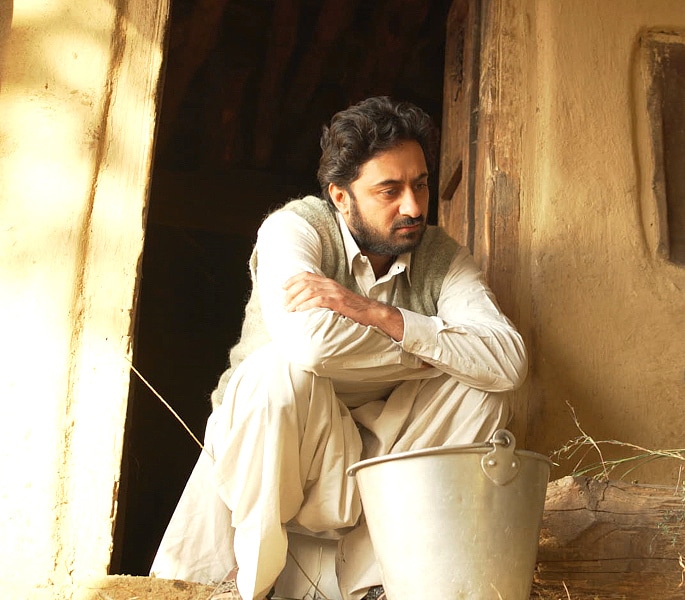 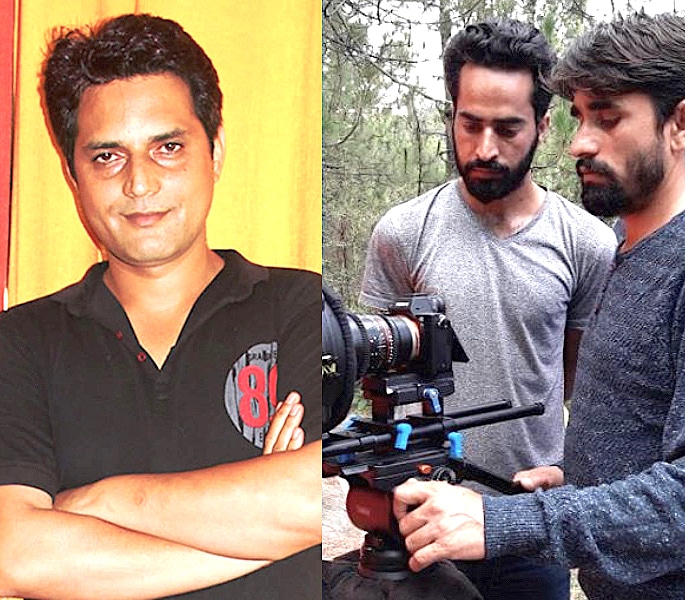 This is not the first time Rahat and Saki Shah are collaborating on a film. Saki had been assisting Rahat for over eight years. He initially joined Rahat during his film Identity Card (2014).

Subsequently, he was the chief assistant director for all Rahat Kazmi Films (RKF) including Lihaaf (2018). Rahat reveals:

“He has been handling all my direction work. So I have seen that he’s a creative guy and he always comes up with creative ideas.

“So this is actually his story, his father’s story. Basically, he came to me and said that ‘I want to direct this film.’

“I said, ‘yeah, it’s a beautiful story’ and then I took the rings of writing in my hand.”

Rahat, Zeba Sajid and Tariq are the core team behind the film. The association of the three goes back to 2011-2012 when Rahat’s RKF was making Identity Card (2014).

Zeba is a renowned costume designer from the Indian Television industry and Bollywood.

She is famous for handling several hit TV shows. Zeba belongs to a very reputable film family, with eminent producer Salim Akhtar being her uncle.

With Zeba doing costume designing and Rahat working for others, the two decided to join forces together.

Rahat and Tariq are childhood friends who have studied together since grade nine.

Hence, this is how Rahat, Zeba and Tariq together. From making films together, they now are a big group, with partners from Singapore, UK, France. 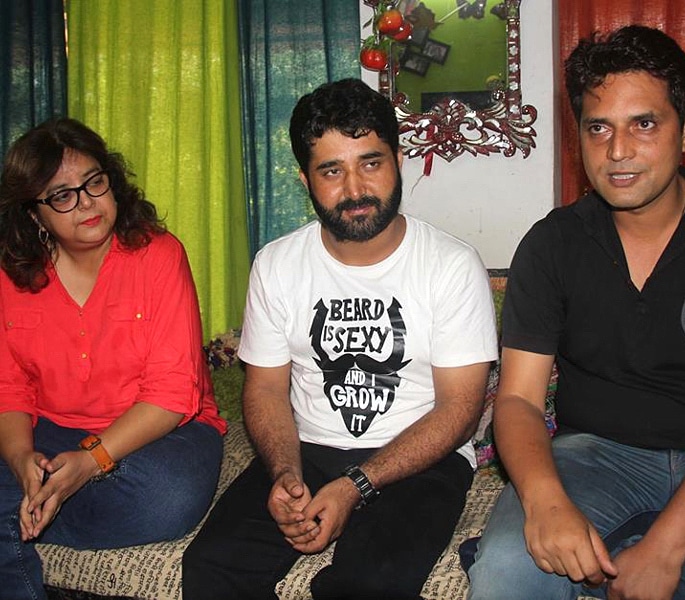 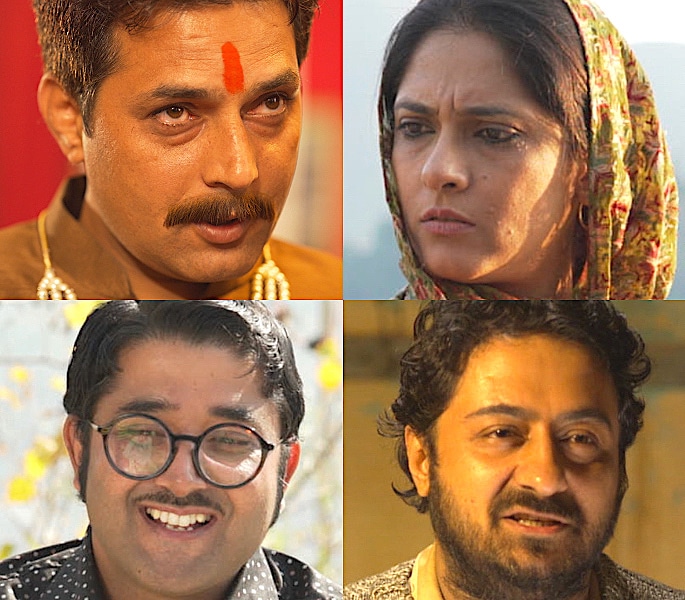 The film 2 Band Radio has a fantastic line up of actors.

Pradhuman Singh who shot to fame with Tere Bin Laden (2010) plays the main actor of the film. His character of Waseem promises to bring a radio in his village. He is a brilliant actor, who can make anyone laugh.

National School of Drama (NSD) graduate Neelu Dogra who directs plays and acts in television has over twenty years of experience in theatre.

After returning to India from Singapore, this is the debut feature film for this brilliant actress. She plays Rubina, the wife of Waseem.

Jitendra Rai is a UK based actor who plays the role of Roop Chand. Jitendra has worked with several British and Hollywood actors in full International feature films. This is his first experience of working with an Indian team.

Model and Miss India Tourism 2015 Sneha Jagiasi also makes her debut in the film. She is potentially a good actress.

Rahat himself plays a character in the village. His role as zamindar Kunwar Uday Singh has a negative light.

Tariq Khan who played an important character alongside Rahat in Mantostaan is in the film.

Tariq’s funny role as Monty will see him tricking his way around.

Filmmaker Hussein Khan has a role in the film as Raja Sahab. Khan’s film Kashmir Rally (2019) was very well received in India.

Then there is newcomer Ritu Rajput who plays a very nice character of Tara.

Actor Zahid Qureshi plays the right-hand man of the Zamindar, playing Kako. Zahid has previously worked in films like Side A & Side B (2019) and Million Dollar Nomad (2019). He is also a childhood friend of Rahat and Tariq.

Young actor Pankaj Kanta has a small role in the film. 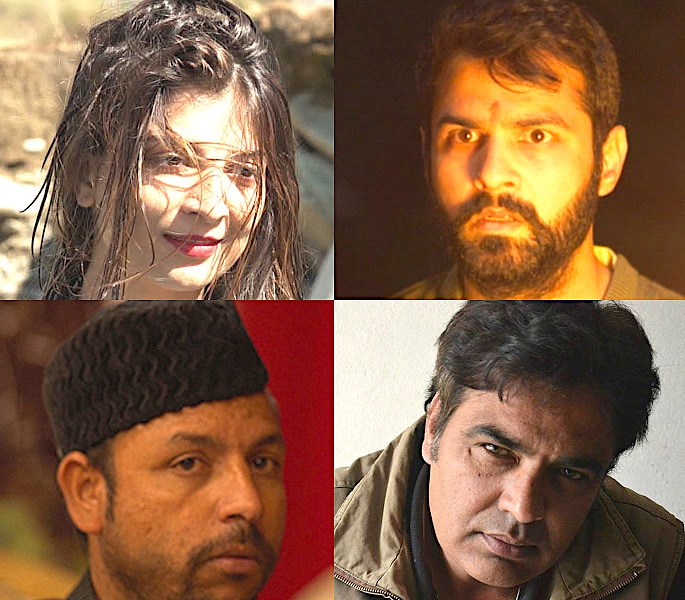 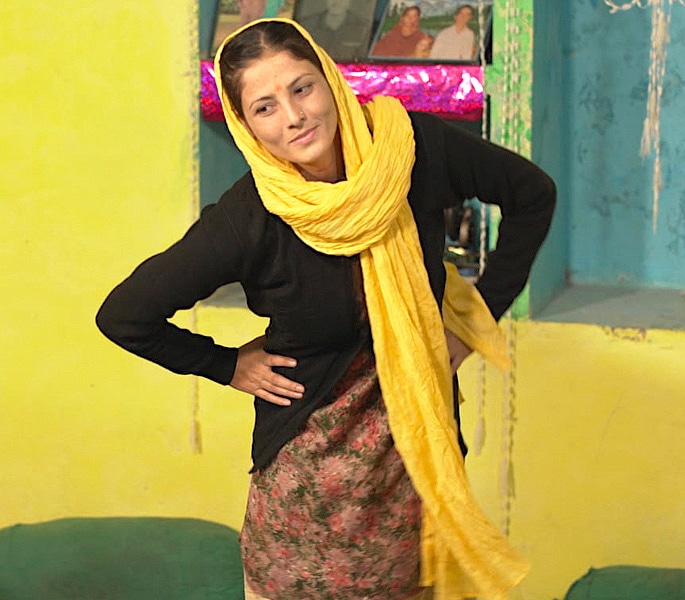 The shoot of the film was twenty-five days. However, the process began with the writing of the film.

Then the pre-production stage commenced where everything including the costumes and schedules was arranged.

With all the actors gelling well together, the entire crew were ahead of schedule.

Through 2 Band Radio, the filmmakers involved want to show the beauty and culture of Kashmir. Rahat claims:

“I have tried to base this film in Poonch, which is a very untouched place for Bollywood. People have never been there to shoot any film.”

“Mostly when Bollywood people think about Kashmir they just go to Srinagar, Pahalgam and Gulmarg, which are the famous locations.

“But we are trying to explore other locations in Kashmir, which are not famous, but very beautiful and important.” 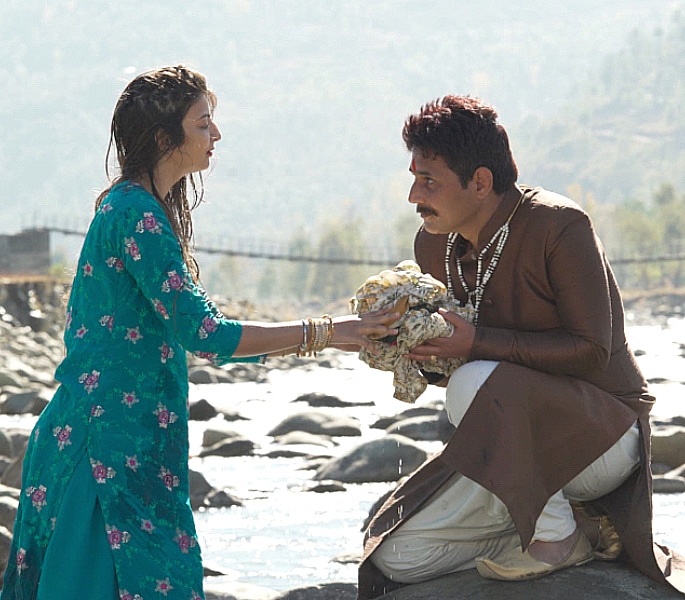 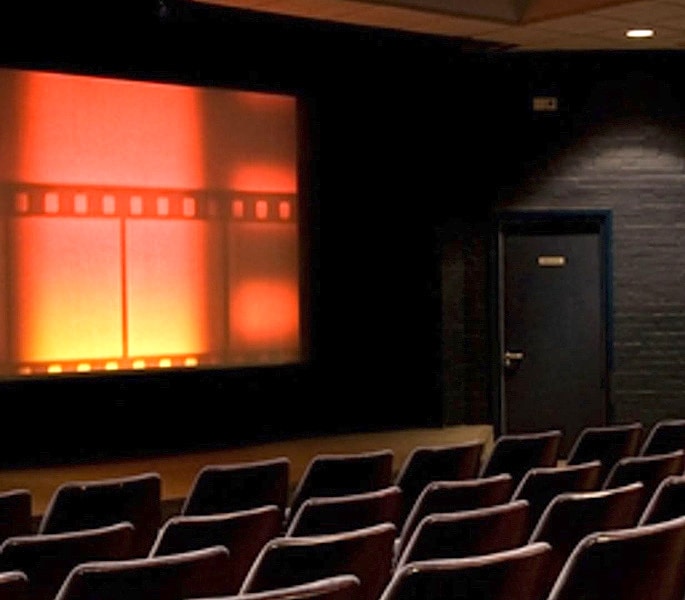 The film will have a world premiere, which will take place at the Watermans Arts in London as part of the UKAFF.

There will also be a special screening in Birmingham hosted by DESIblitz, with an aim to engage with the youth.

The midlands screening will be held at the Parkside Lecture Theatre, Parkside Building, (BCU). Looking forward to both screenings, Rahat told DESIblitz:

“We were keen to come to London because there is a big population from Pakistan and India. We connect to both the sides of our heart. Also, the UK Asian Film Festival is in its 21st year, which is great.”

“Then we have a screening in Birmingham which is a great thing. I am very excited about that. We want to interact with the youth of Birmingham.

“It will be a great thing to show the film to youngsters before its release.” 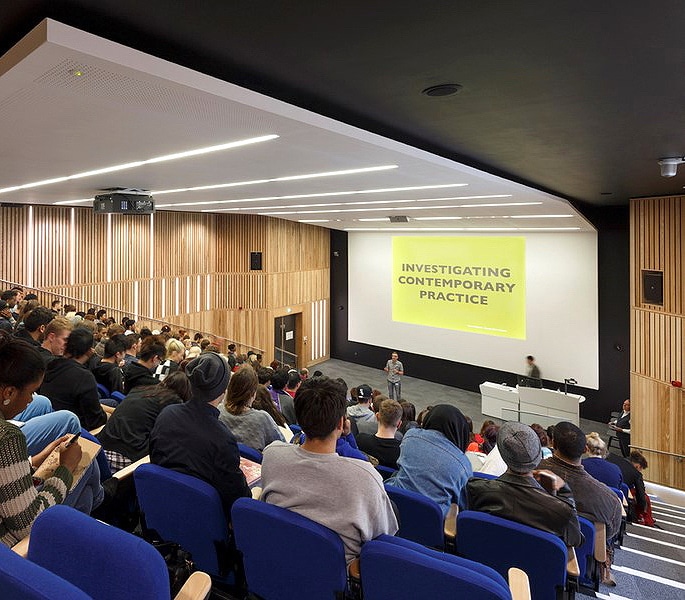 There will be special Q&A held with the team of 2 Band Radio both during the world premiere and at the BCU special screening.

People can purchase tickets for the UKAFF world premiere of the film directly on the Watermans website. To book tickets for the BCU special screening, please check here.

With 2 Band Radio generating a lot of interest worldwide, British Asian fans are looking forward to watching this film first.