The poster for ‘Country of Blind’ was unveiled at Cannes Film Festival. The film will go on to have its world premiere in Birmingham.

"The script of this film is so interesting"

Hina Khan is currently in Cannes and together with director Rahat Kazmi, they unveiled the poster of the much-awaited Indo-Hollywood film Country of Blind.

It will have its world premiere in Birmingham in June 2022.

The poster was launched at the India Pavilion at the prestigious film festival.

Producers Tariq Khan and Namita Lal, as well as co-producer Jayant ‘Rocky’ Jaiswal, were also there.

The film is adapted from HG Wells’ The Country of the Blind. It is set in 18th century India in the Himalayas.

A mountaineer named Abhimanyu guides a group of European mountaineers to climb an unconquered mountain.

However, he slips and falls a thousand feet down.

Abhimanyu is presumed dead by the group.

But he survives and lands in a strange valley; a place where all the inhabitants are blind for generations and they do not have any idea about vision. 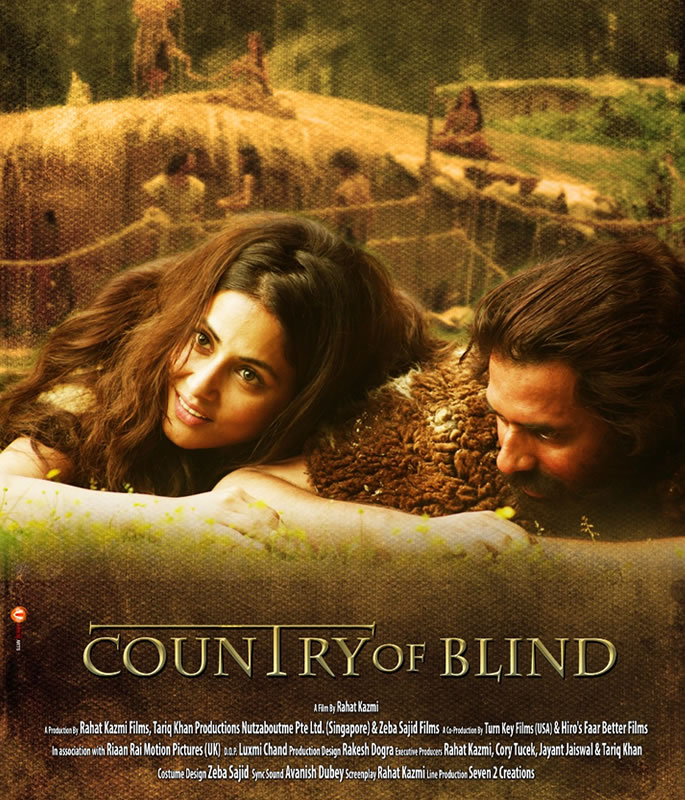 In the film, one man with eyes with a belief of superiority fails to prove his mettle and is considered to be disabled.

The story touches on many socio-economic issues through the journey of Abhimanyu in a symbolic manner.

Whilst speaking to the media, Rahat said:

“Country of Blind is a story which was always been in my head right from the start, and since the time I was a teenager and was studying.”

Hina added: “The film has been made by each person’s hard work and the shooting was held on a mountain in a far flung area.

“There were wild animals around and it was an adventure shoot.”

Namita Lal is one of the producers and also starred in the film. She moderated the event and spoke about the film and their filming experiences.

Tariq Khan said: “The script of this film is so interesting that I was equally passionate to make this film and with a big crew.

“It was quite a tough job to manage everything on a mountain, but thankfully we could do this.” 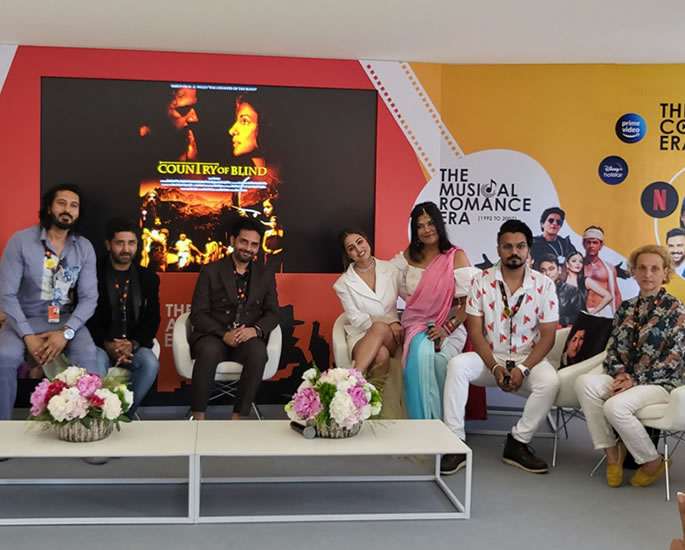 Rocky explained that he has always been a fan of HG Wells’ work and the moment Rahat shared his idea of adapting his story for the big screen, he quickly made up his mind and said yes.

In addition to the cast, director and producers, French film expert Golda Sellam was also present at the event.

Following the poster launch, Country of Blind will have its world premiere at the BFI-backed DESIblitz Film Fusion festival in Birmingham on June 3, 2022.

For more information on the film as well as how to book tickets, visit the DESIblitz Film Fusion website.

Dhiren is a journalism graduate with a passion for gaming, watching films and sports. He also enjoys cooking from time to time. His motto is to “Live life one day at a time.”
Shilpa Shetty’s husband Raj Kundra booked in Money Laundering case
DESIblitz Film Fusion Festival 2022 Cinema Programme