The DESIblitz Film Fusion Festival 2022 gets underway during The Queen’s Platinum Jubilee Weekend. We unveil the full cinema programme.

"I played him in this film, and I know it's the best thing I've ever done"

The festival aims to elevate Punjabi, Pakistani and Sports films, along with promoting exciting Kashmiri, UK and World talent.

Here is some more information about the festival programme for cinema viewing, including the celebrities in attendance. 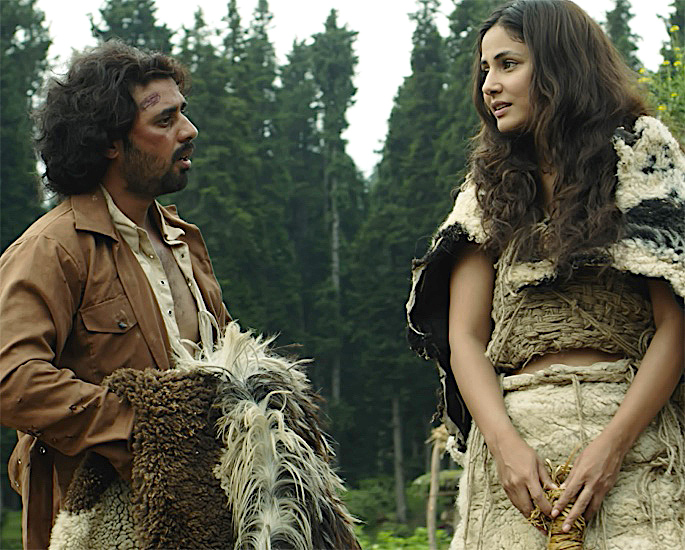 The World Premiere of Country of Blind will open the inaugural DESIblitz Film Fusion Festival 2o22. This is during The Queen’s Platinum Jubilee Weekend on Friday, June 3, 2022.

An adaptation of the short story, The Country of The Blind (1904), the film is helmed by internationally acclaimed Kashmiri born filmmaker, Rahat Kazmi.

Shoib Nikash Shah (Abhimanyu) and Hina Khan (Gosha) who also originally come from Indian administered Kashmir are the lead stars in the film.

Hina Khan is a big name in the TV world. She made her full feature film debut with the film, Lines (2021). Shoib is an award-winning actor and director.

Speaking about attending the festival and screening, Shoib told DESIblitz:

“I am looking forward to the Country of Blind screening for the opening night of the DESIblitz Film Fusion Festival 2022, which has a super programme.

The film sees expert mountain climber, Abhimanyu, falling into a strange valley of non-seeing people. Here he realises that the one-eyed man is king in the country of the blind.

The film also has a bit of everything – be it comedy, romance, action or drama. The film is an official UK and World Film selection.

Shoib will attend the screening and participate in a post-screening Q&A, alongside producer and actress Namita Lal. 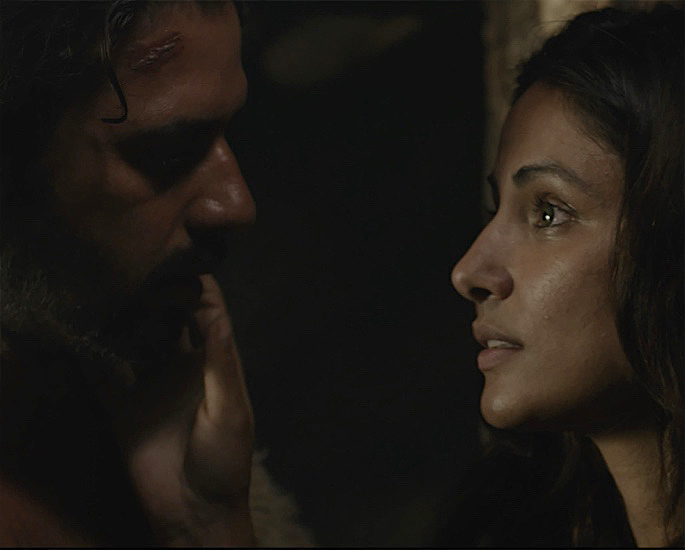 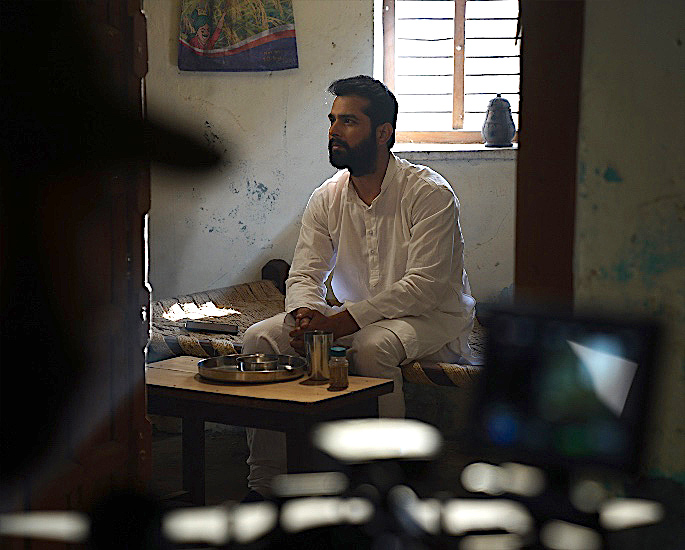 The DESIblitz Film Fusion Festival 2022 has a great lineup of Punjabi Films.

Chamm (2017) will be the first Punjabi film to showcase at the festival on Saturday, June 4, 2022, during The Queen’s Platinum Jubilee weekend.

The film focuses on caste and stigma against girls and women with a fight between desires and mercy.

San 84 Justice (2021) is up next on Sunday, June 5, 2022, during the same weekend. The film is set during the 80s period when Indian Prime Minister, Indira Gandhi was assassinated.

The story revolves around the hardships of a Sikh Punjabi family, making efforts to save their lives instead of saving money. The film stars Vipin Sharma of Taare Zameen Par (2007) fame.

Actor Jitendra Rai will attend and participate in a Q&A discussion, following the screening.

Siri: The Plight of Indian Farm Workers (2020) follows on Monday, June 6, 2022.  This emotional story touches on the plight of Indian farmers in Punjab and how a man uniquely challenges the system.

Surender Kumar is the lead actor both in this film and Chamm.

Except for the animation film, Cha, all the others are longer shorts. Me and My Southall is a unique film as it brings a community perspective.

Scars That Remain After 100 Years of Jallianwala Bagh Massacre is a heartwrenching documentary film, featuring stories from family members of the martyrs. 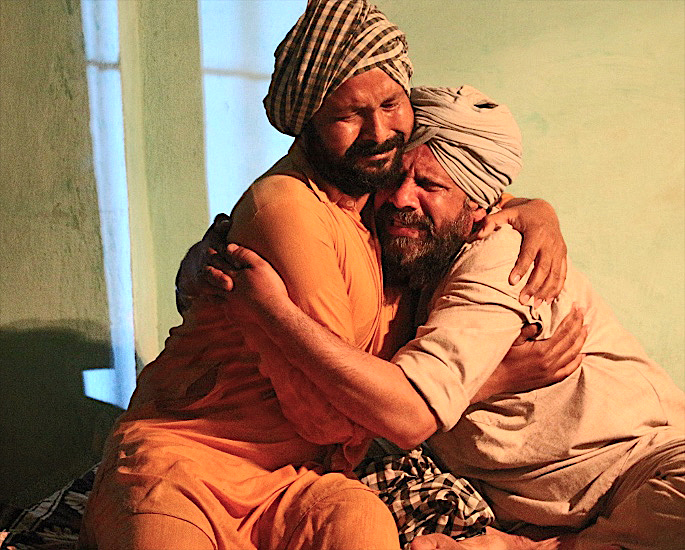 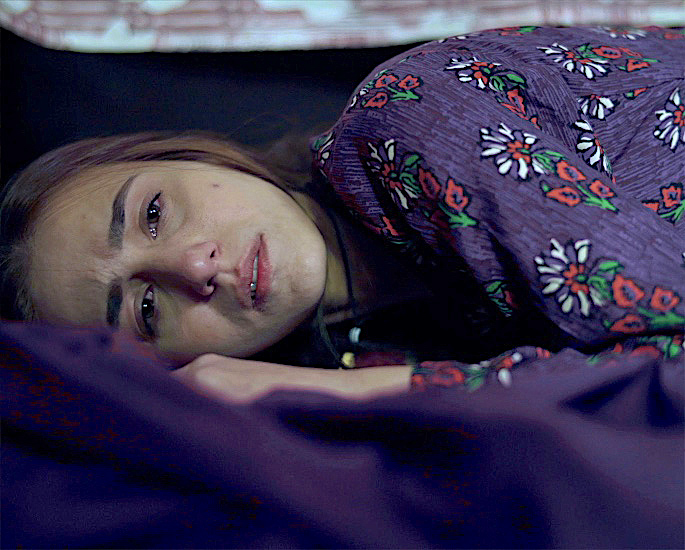 Under this strand, the DESIblitz Film Fusion Festival 2022 will present two Pakistani films as part of a powerful shorts night. The screenings will take place on Wednesday, June 8, 2022.

One-way Glass highlights an unfortunate Pakistani migrant woman who faces a tough choice. The film has terrific performances, with a great musical track at the end.

The director, Nauman Khalid, as well as talent, will attend and participate in a Q&A discussion.

The producer of the film, Nighat Akbar Shah, will attend and participate in a Q&A discussion.

With it being the 75th anniversary of Pakistan’s independence in 2022, the festival also showcases a special screening of Jinnah (1998) on Thursday, June 9, 2022.

This dramatic biographical story follows the life of Muhammad Ali Jinnah and the formation of Pakistan.

There will also be a post-screening Q&A with the internationally acclaimed filmmaker, Jamil Dehlavi.

Talking about Jinnah being one of his favourite characters and the authenticity of the film, the late Christopher Lee said:

“I played him in this film, and I know it’s the best thing I have ever done by a long long way.

“It is a very good movie. And everybody in it is very good. And it is truthfully true.

Finally, the award-winning documentary film, The Journey Within – The ‘Coke Studio’ Origin Story (2015) will have a Friday night screening on Friday, June 10, 2022.

This film will interest universal music lovers, with it receiving positive audience reactions from the USA previously.

Director Mian Adnan Ahmad will attend and participate in a post-screening Q&A. 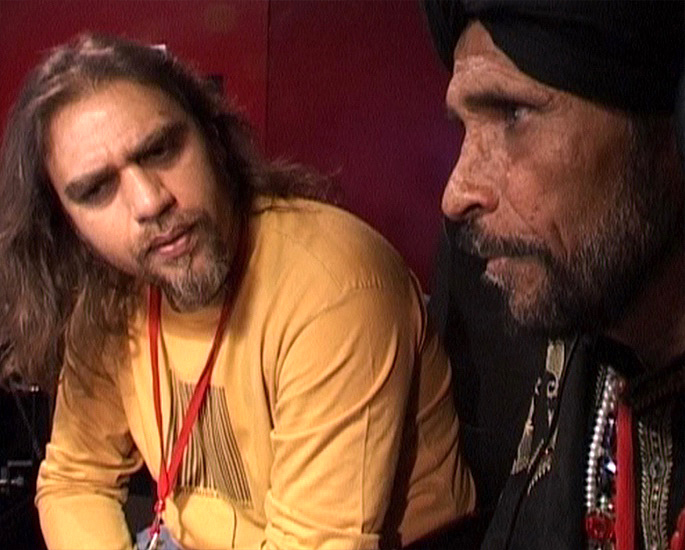 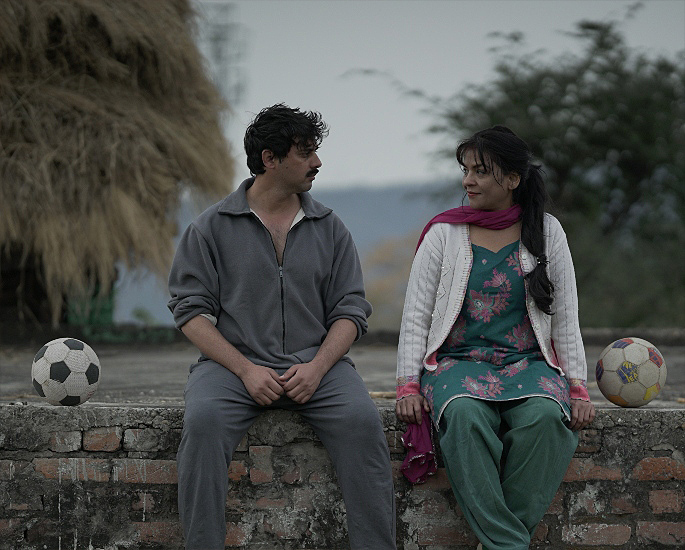 My Goal Football (2021) kicks off the sports strand as part of the DESIblitz Film Fusion Festival 2022.

The screening for this feature film takes place on  Saturday, June 4, 2022, during The Queen’s Platinum Jubilee Weekend.

Shoaib Nikash Shah directs and stars in this film, which is wonderfully set in Jammu Village. Shoib takes on the character of  Gulshan ‘Goli’, an aspiring footballer.

Namita Lal as Rekha is the leading lady in the film. Rekha who also wanted to play the sport meets Goli, inspiring him yet again.

The film revolves around the challenges of Goli and his complex relationship with Rekha.

The remaining three films are part of an incredible shorts night, taking place on Wednesday, June 8, 2022. Udaan Sitaron Ki (2019) and A Journey Through Perseverance (2022) are short biopics.

Whereas, A Journey Through Perseverance concentrates on the struggles and success of boxer Syed Asif Shah Hazara.

The film follows how former professional cricketer Akhtar Zeb inspires young Pakhtun girls to take up the cricket and enjoy some victory. 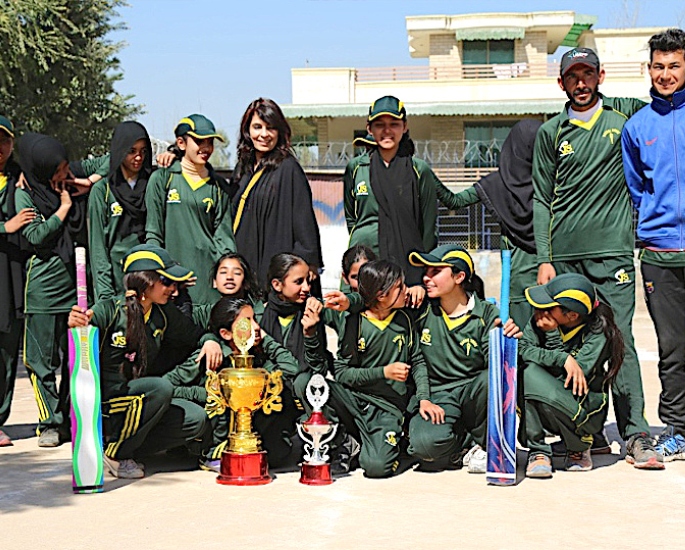 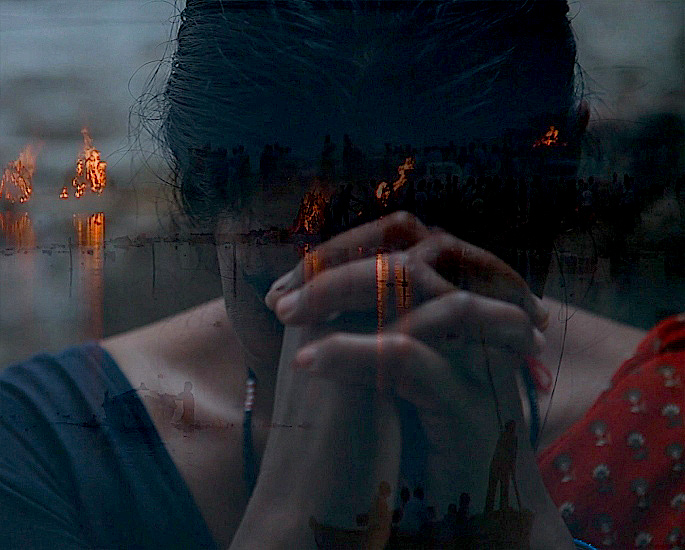 The first is the hard-hitting documentary film, India’s Daughter on Sunday, June 5, 2022. This documentary follows the brutal gang rape and murder of a medical student, Jyoti Singh.

Leslee took the director’s chair for this film. Post-screening, there will be a Q&A/masterclass session with Leslee Udwin.

The next is the British cult-comedy classic, East is East on Saturday, June 11, 2022.  Produced by Leslee, the Ayub Khan-Din screenplay features many familiar faces.

The film focuses on how Pakistani George wants his children to become respectable Pakistanis. However, the children of mixed heritage have other ideas on their minds.

The children and his wife who is not Pakistani have to face a dominating and angry George at times.

In the end, George comes to realise that he cannot be too strict with his children, particularly during the modern world that they have embraced. 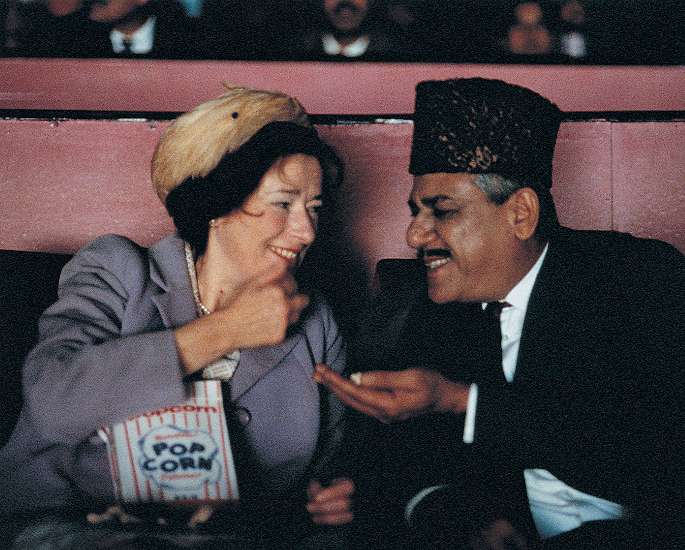 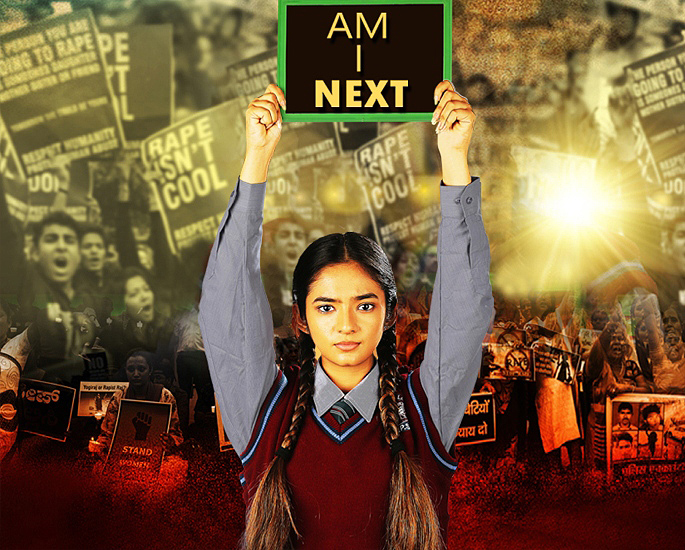 The DESIblitz Film Fusion Festival 2022 closes with the UK Premiere of Am I Next. This UK & World Film selection will be screening on Sunuday, June 12, 2022.

Am I Next is yet another direction of Kashmiri filmmaker, Rahat Kazmi. The film features rising star, Anushka Sen in the main lead role as Honey.

Plagued by rape, a young Honey faces the tribulations of a court case regarding her unborn child. The judge hearing the case has to weigh several things into account before making a decision.

The film will be followed by a Q&A with the ever so popular Indian actress, Anushka Sen. She became famous for playing the character of Meher Dagli in the kid’s fantasy show, Baal Veer (2012).

Anushka has already starred in a few other films including Lihaaf: The Quilt (2019) and Country of Blind  (2022).

Anushka’s popularity is increasing by the day, with over thirty-six million followers on Instagram.

Following on from the Q&A, the first-ever Film Fusion Awards will take place in the screening hall, recognising and celebrating talent under various categories.

Several filmmakers will be in attendance, including Samar Minallah Khan and Nighat Akbar Shah. Anushka Sen and Shoaib Nikash Shah will be attending this segment of the gala evening. 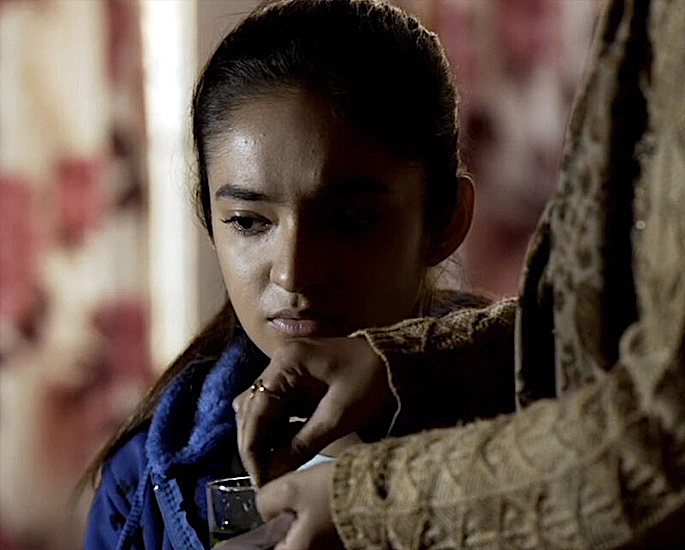 Tickets for the ODEON screenings can only be purchased from the festival website here.

The festival provides the perfect opportunity for the audience to watch a diverse range of films.

The festival can also be a huge learning curve and an amazing experience for young people, particularly those aspiring to join the film world.

For more information about the DESIblitz Film Fusion Festival, including the full programme and films, please check here.

Faisal has creative experience in the fusion of media and communication and research which increase awareness of global issues in post-conflict, emerging and democratic societies. His life motto is: "persevere, for success is near..."
‘Country of Blind’ Poster Launch & World Premiere
Faryal goes House-Hunting in London on ‘Meet the Khans’