Faryal goes House-Hunting in London on ‘Meet the Khans’

"it makes me sick to my stomach."

On the fourth episode of Meet the Khans: Big in Bolton, Amir continues his training regime and suffers a scare while Faryal searches for a new family home.

The episode kicks off in Nebraska with Amir in the gym as his fight against Kell Brook edges closer.

Amir reveals that the next phase of training is about to begin, this time in Colorado.

But before he goes, Amir treats himself to a haircut as he admits that he has not styled his hair since being in the United States.

During his haircut, Amir explains that his father was responsible for him first stepping foot inside a boxing gym as he needed somewhere to channel all his energy.

He then chats to one of his fans who cannot believe he is speaking to the boxer. 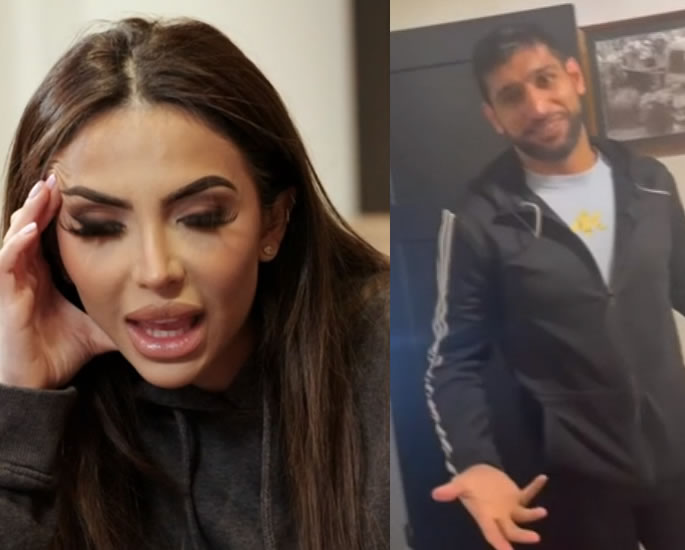 Back in Manchester, Faryal meets with Khadija for a catch-up.

Faryal admits that the reality of Amir’s upcoming fight is sinking in.

She says: “Every time I think about it, it makes me sick to my stomach.”

Faryal then reveals that she checks Amir’s bank statements and came across a particularly eye-opening purchase.

The purchase made Faryal suspicious and she angrily messaged Amir:

She then blocked his number, prompting Amir to send her a video, revealing that the purchase was a gift for her.

Faryal explains that she tends not to apologise to Amir as she feels it is a case of “pride”, but she ended up saying sorry.

She went on to mention the couple’s past trust issues, hinting at Amir’s alleged infidelity, but she states that it is in the past.

Meanwhile, Amir has arrived in Colorado for high-altitude training. 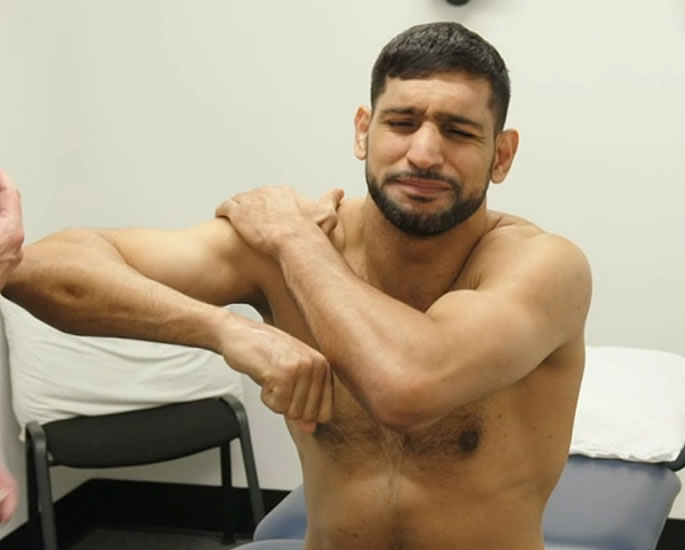 Faryal and Khadija travel to a meeting at a marketing company as they prepare to take their makeup business to the next level.

They are in the final stages but need a helping hand to launch their product.

As Faryal speaks about the makeup brand, she states that Khadija is the brains behind it, working behind the scenes to get it ready.

“Khadija’s not just a friend, we’re both quite business-minded and the reason why we went into business together is because I can trust her.”

But while Faryal’s having a good time, Amir is having a torrid one as he suffers a shoulder injury just a few weeks before the fight.

He visits a doctor who decides to do acupuncture to see if it helps.

As Amir undergoes the procedure, the doctor tells him that he and his wife binge-watched the first series of Meet the Khans and is a fan of Faryal, describing her as “feisty”.

The doctor then goes through with electro-acupuncture, Amir’s “worst nightmare”. But he leaves happy as the stiffness and pain in his shoulder have gone. 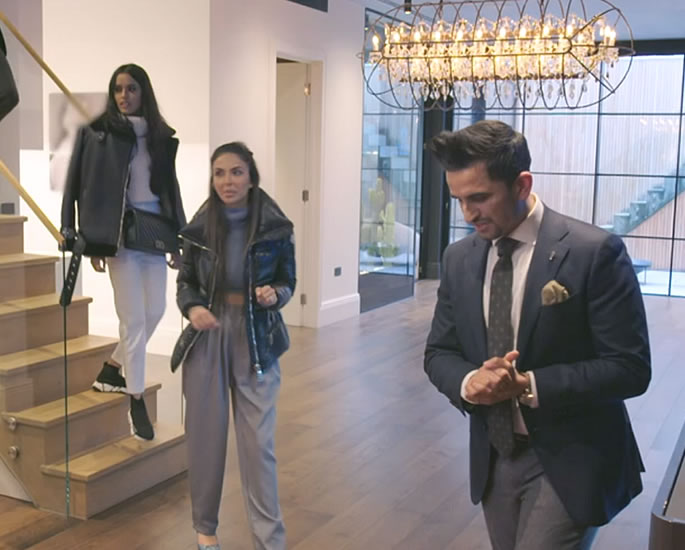 Faryal is in London looking for a new family home.

While Amir wants to remain near his hometown of Bolton, Faryal wants to be near London.

Faryal and Khadija view a £6 million mega pad in Chiswick that has the likes of Ant and Dec, and Colin Firth living nearby.

Faryal explains her requirements, which include living near Central London and being near to the airports.

She loves the house and the idea of celebrity neighbours but admits that £6 million is a lot of money.

On the entertainment floor, Faryal is blown away by the soundproof cinema room.

She sees the area as a space for Amir whenever he wants to be away from her, something Faryal says is key for their marriage.

A preview of the penultimate episode sees Faryal’s nerves getting the better of her as Amir’s fight is around the corner.

Meanwhile, Amir weighs in for his fight against Kell Brook as a tearful Faryal looks on.

Meet the Khans continues on May 26, 2022, on BBC Three. All episodes are available to stream on BBC iPlayer.

Dhiren is a journalism graduate with a passion for gaming, watching films and sports. He also enjoys cooking from time to time. His motto is to “Live life one day at a time.”
DESIblitz Film Fusion Festival 2022 Cinema Programme
Munawar Faruqui writes poem for girlfriend Nazila