In the penultimate episode of ‘Meet the Khans’, the couple celebrates Zaviyar’s first birthday and some sad news within the family.

The seventh episode of Meet the Khans: Big in Bolton sees the couple celebrate Zaviyar’s first birthday and the revelation of some sad news.

Faryal starts off the episode in a park on a windy day with her friend Kadeeja, discussing the impending launch of her make-up range.

Faryal states that she is the only one in the world with that specific set of colours.

However, their conversation is interrupted when Kadeeja’s umbrella struggles to cope with the wind.

She says it is a Burberry umbrella, to which Faryal says:

“You maybe should have stuck to a £2 one. It would’ve done a better job.”

Faryal is confident that her make-up range will be a success but she admits she is not 100% on the business side of things.

Faryal enlists Kadeeja to help with the website and marketing before the pair dream of becoming multimillionaires. 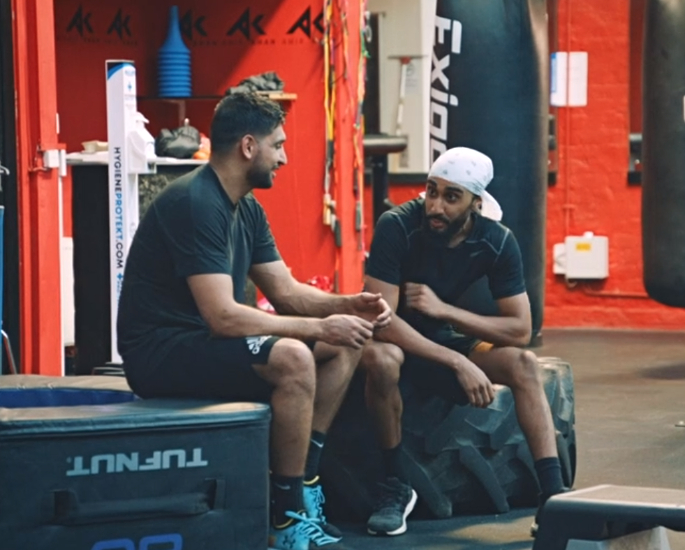 At the Amir Khan Academy, the boxer leads an intense training session with several local prospects.

What follows is a montage of the prospects working out, including a glimpse of Tal Singh.

Amir then reveals that he is mentoring Tal. The former world champion has high hopes for Tal, saying he can “make it to the top”.

He adds that he could become the first Sikh world champion.

Amir says: “So I’ve seen Tal fight a couple of times before, and then, when he came into the gym, we just clicked.”

Amir reveals that he has decided to mentor Tal, saying that he is at the stage where he is deciding whether to stay in the amateur ranks or turn professional.

The pair talk, with Amir ensuring that there will be plenty of opportunities for Tal. 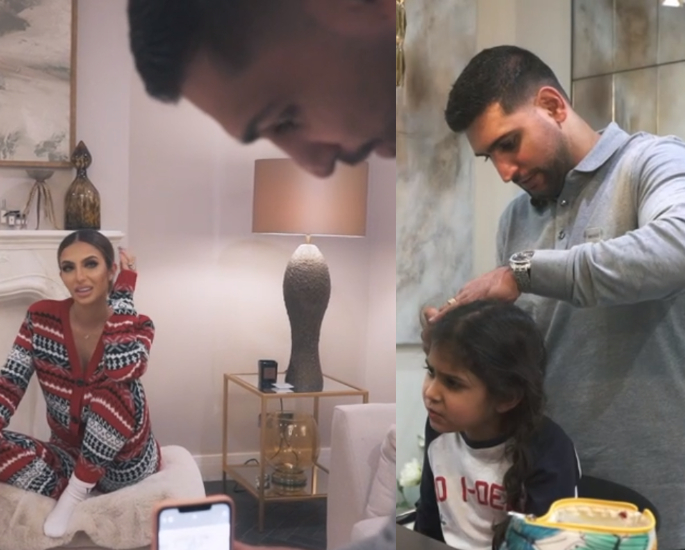 On Meet the Khans, it is revealed that Amir takes Faryal’s Instagram photos when no one is around.

Faryal instructs her husband to make sure that the fire is in the shot.

Despite his efforts, Faryal says he cannot follow simple instructions.

Amir takes one picture but Faryal calls it “disgusting” before saying:

“My face is really blurred. Are you dumb? Look at that.”

Amir defends his photography skills by claiming he is trying to be creative, however, Faryal is having none of it.

Faryal goes through the photos, critiquing each one.

In the kitchen, Faryal is cooking and instructs Amir to brush Lamaisah’s hair.

But when he does it, he ends up hurting his daughter, prompting to say:

When Amir says he is doing it nicely, Lamaisah says her father is heavy-handed because he is a boxer.

The simple task proves too difficult for Amir and Faryal takes over.

Amir explains that his family is very important to him but revealed that his children do not take him seriously.

For example, if he tells Lamaisah to put her iPad away, she will tell him to go away. But if it is Faryal, she does it straight away.

Amir said that the Covid-19 pandemic allowed the family to spend quality time together, but admitted that he ignored the rules several times.

He apologises to the viewers, adding: “We do regret it.” 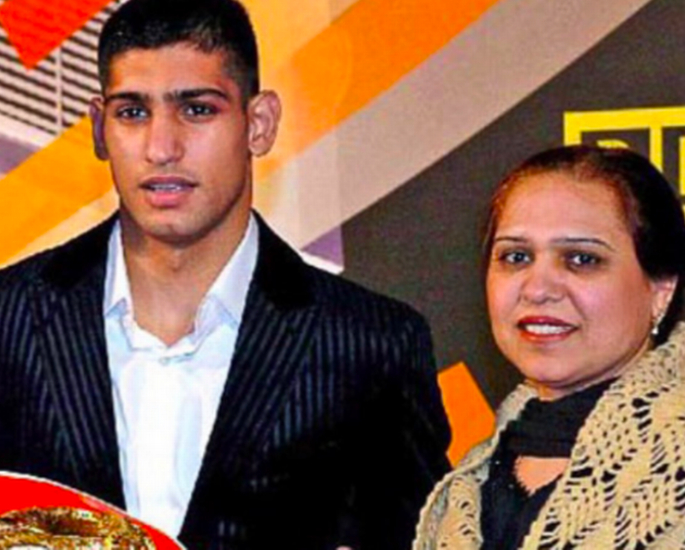 The couple reveals that Amir’s mother has cancer and are discussing the chemotherapy that she has been undergoing.

Amir tells Faryal that he visited her, saying that she “really down and really upset”.

He recalls that his mother always asked when he would retire from boxing, even asking when he won his first world title.

“After the fight, she always comes to the venue. Doesn’t care who won, but just to see how I look, if my face is okay, if I’ve not got any bruising or any cuts.”

Amir tells Faryal that he is staying strong because if he feels negative, his mother would sense that and get more upset. 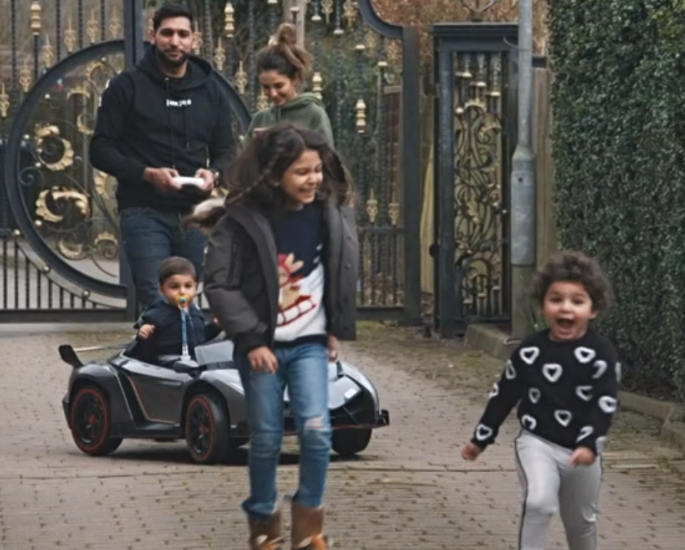 Due to the pandemic, the couple cannot hold a large party as they did with their two daughters.

Amir unveils the birthday present, revealing it to be a rose gold Rolex watch.

Despite it being an unorthodox gift for a one-year-old, Amir says that his birthday gift should be something that he keeps and appreciates, calling it an “investment”.

Amir then says it should be the beginning of Zaviyar’s watch collection.

The couple then hosts a small jungle-themed party for Zaviyar at their home, complete with toy animals and a bespoke cake.

After wishing him a happy birthday, the family go outside, where Zaviyar is seen sitting inside a remote-controlled Lamborghini.

The episode ends with Zaviyar driving around the front garden, but not before Faryal jokingly says:

“Zavi! Is that your new car?

“Zavi, are you going to pick up your girlfriend.”

The final episode of Meet the Khans reveals another trip to Dubai, where the couple go to a prestigious event.

Plus, Amir teases that he has another fight on the cards.

Meet the Khans concludes on May 10, 2021, on BBC One. All episodes are available to stream on BBC iPlayer.

Dhiren is a journalism graduate with a passion for gaming, watching films and sports. He also enjoys cooking from time to time. His motto is to “Live life one day at a time.”
Raj Kapoor & Dilip Kumar Homes in Pakistan to be Restored
Which Dilip Kumar Films were Incomplete & Unreleased?