Hina Khan stars in ‘Country of Blind’ a Indo-Hollywood Film

Actress Hina Khan and director Rahat Kazmi team up for the Indo-Hollywood project, ‘Country of Blind.’ The film is an adaptation of the novel by HG Wells.

"Whatever we have done in this project is a benchmark."

Actress Hina Khan from India is all set to take the international market by storm, with the exciting Indo-Hollywood film, Country of Blind.

Hina who made a special mark at the 72nd Annual Cannes film festival is to feature in this amazing project, which has an amazing cast.

The film is an inspirational take on the book, The Country of the Blind (1904) by English writer HG Wells.

A direction of Rahat Kazmi, the location of the shoot was the Himalayas. The movie will initially come out in the United States of America. It will then release worldwide and across India. The film will be doing festival rounds too.

There is a unique twist to the film. The film will have a mix of comedy, action, drama, romance and beautiful tracks. Audiences can expect to leave in a frenzy, with the film portraying a powerful message.

The USP of the film is the out of the box hand made costumes made by young aspiring designers. Famous costume designer Zeba Sajid was the lead on this. 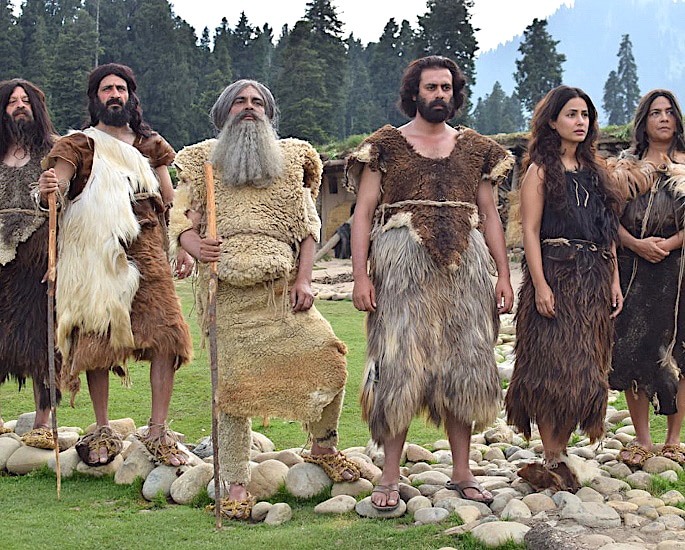 The film will take viewers back to the 18th century. The story is about visionless valley residents who are content with life, despite no affinity with the world outside.

Belonging to the valley, Hina plays the lead role of a woman who cannot see. Hina told IANS how Kazmi had spoken to her about this film before the movie Lines (2019).

“‘Country of Blind’ was the first script that Rahat had narrated to me, even before ‘Lines’. And I knew I had to do this one.” 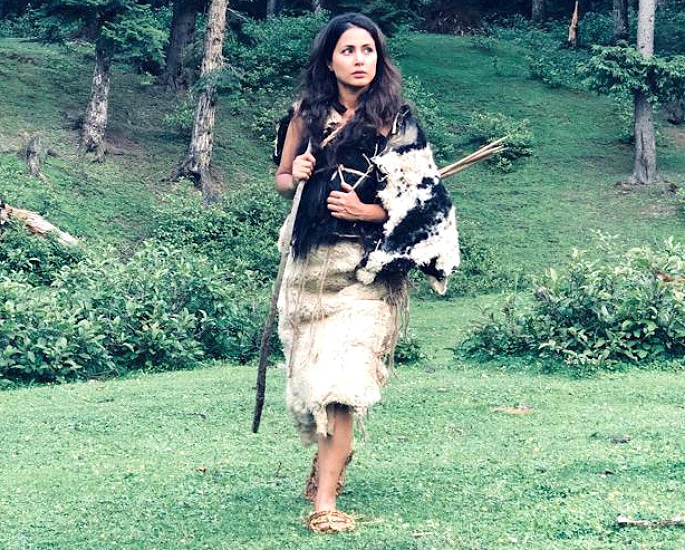 “Country of Blind is a not only a unique genre or concept but also it was extremely challenging because there was no reference film or series or any reference visual for the film.

“Our DOP Luxmi Chand had to do a lot of research as to how film visuals without a single light source in a few scenes.

“It was adventurous as well because we were shooting in a jungle.”

“We could see Tigers roaming in our hotel’s lawn sometimes at night.”

“All the actors worked very hard and do the technicians did. This is going to be a new path opening project for Indian cinema.

“This is because we have this Hollywood collaboration with Turn Key films and Mr. Cory Tucek. They are experienced enough in world distribution and sales so we hope for a larger release of the film.” 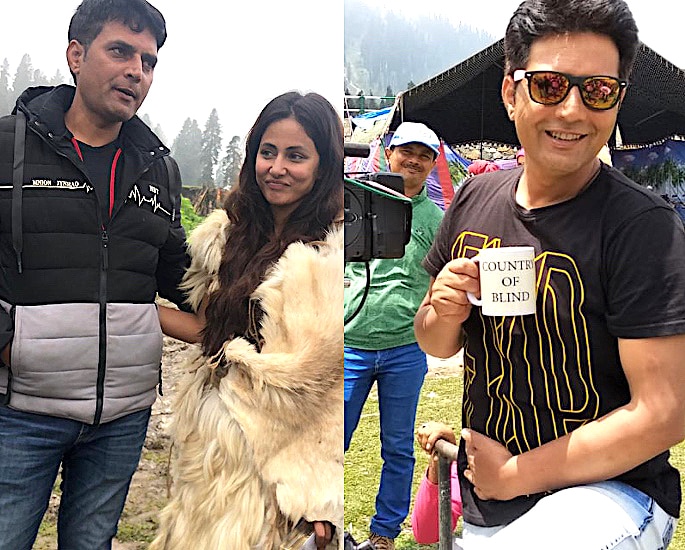 The attendance of Hina and Rahat at the 2019 Cannes Festival for Lines first look played a crucial role in attracting global investors. Mid-day reports, Hina saying:

“This project (‘Country of Blind’) was signed on before Cannes happened, but yes we definitely got international producers on board after my Cannes appearance.”

“Whatever we have done in this project is a benchmark. Everything in this film is one of a kind. It’s always better to lead by example rather than follow.

“’Country of Blind’ has given our entire team this chance to create something that has never been seen before.”

The producers have shot the film in two languages, Hindi and English. 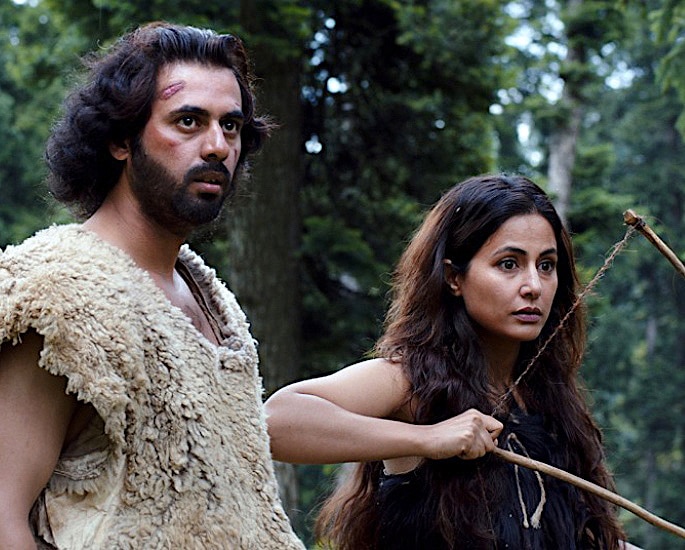 In reply to a question about the shooting in English, Hina states:

“Each language, each culture, each dialect has its own nuances.

“Initially, it takes a little time to reprogramme oneself, but it’s been fabulous.”

“Anyway, the English language is more about Shakespearian English and nowadays, we are all hooked to Netflix and Hollywood, so it’s not a foreign terrain.”

The ancient Hindi and English in the film will have a magical effect. The movie will powerfully impact the audiences.

Prior to entering the film industry, Hina became famous for her character Ashkara. This was in the Indian drama series, Yeh Rishta Kya Kehlata Hai (2009-2016).

Her participation in the reality show, Big Boss 11 (2017-2018) saw her finishing as first runner-up. Hina then became the heart of audiences, with her role as Komolika in the successful romantic series Kasautii Zindagii Kay. 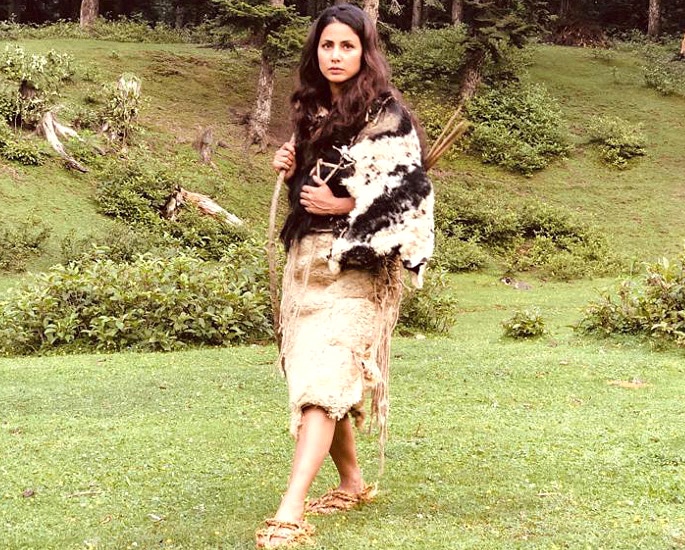 Hina Khan says that she is concentrating on roles that will challenge her, but also provide entertainment:

“The focus is on challenging work. The actor inside me is happy and satisfied when I begin my day looking forward to doing something new and end it knowing what I did yesterday, isn’t the same as what I am going to be doing tomorrow.

“My focus is to grow as an actor and keep entertaining my audience with variations they have never seen me doing before.”

Besides Hina Khan, Country of Blind features a fantastic line up of actors. 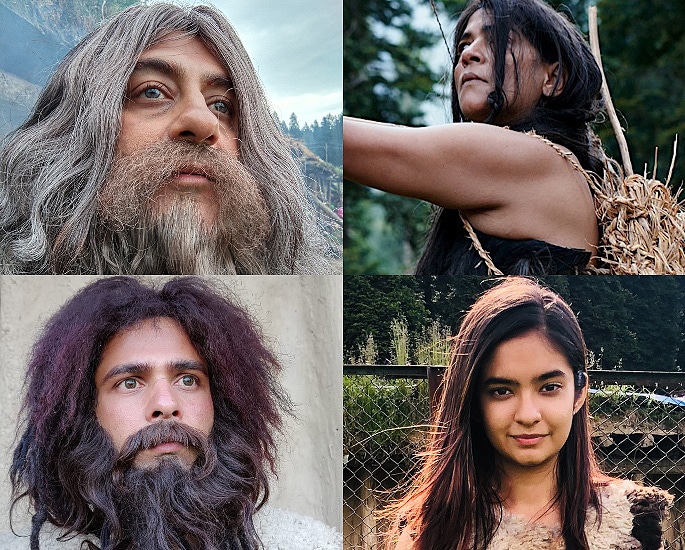 Playing a very powerful woman is actor Namita Lal. She received the ‘Best Actress’ award for Oxygen at the 2019 India International Film Festival of Boston (IIFFB).

Watch out for cameo appearances also from Rahat and Zahid Qureshi.

Senior makeup artist and prosthetic expert Vijay Pawar and Biru Srivastva were responsible for handling the looks. Art director Raksh Dogra was managing and designing the all-important sets for the film.

Hina Khan and the group of actors featuring in the film are aiming to make history, recreating a reality ripple.

The ‘Country of Blind’ magic will hit cinema houses across the globe in 2020.