2 Band Radio: A story of Power, Jealousy and Change

The comedy satire, ‘2 Band Radio’ opened in London and Birmingham to a great response. DESIblitz reviews the film, along with highlighting the screenings.

"Now human’s work will be done by this machine"

The satirical comedy movie, 2 Band Radio had a wonderful world premiere opening during the 21st UK Asian Film Festival at the Watermans Arts Centre in London.

The film also had a critically acclaimed response during a special screening at Birmingham City University (BCU) in Birmingham.

Made in association with Seven 2 Creations and Alpha Productions, the film is a co-production of Riaan Rai Motion Pictures.

The film features some excellent talent from India and is a semi-true story.

We summarise the film, UK screenings and Q&A in Birmingham. 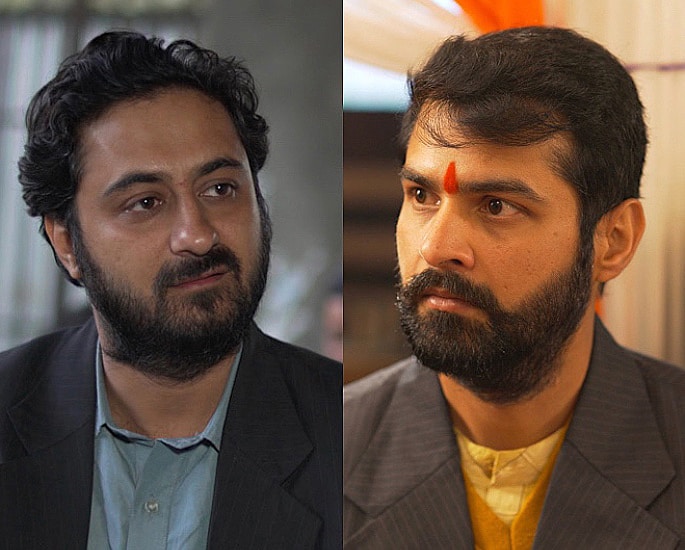 The movie is set in a Himalayan village during the seventies. The film is about how people living in the village had never come across a radio before and its value during the pre-internet days.

The film also touches on how this first radio creates division and becomes problematic for certain people. The key themes of the film include greed, honour, jealousy, the rich and poor.

The film is relevant because it shows how materialistic people can be. The film derives from true life incidents and stories told by the father of director Saki Shah Saki.

There are two radios used in the film, including the Murphy brand. One of the radio belongs to co-writer  Kunwar Shakti Singh.

Pradhuman Singh who is famous for his role in Tere Bin Laden (2010) plays the main lead (Waseem).

His determination and passion to win back respect, courtesy of a radio shines through in the film. His subtle Punjabi touches are hilarious especially when he uses the word k****r (slur) in the film.

It is quite interesting that in Tere Bin Laden his character name is Noora, yet in this film, a buffalo has the similar name of Noori.

Jitendra Rai, an actor from the UK plays an equally leading role of Roop Chand. His character is innocent but has a teasing and dark side to him.

His dialogue delivery and dances are a humorous treat.

Producer Tariq Khan is the bluff-master Monty who enjoys giving Waseem a bit of a run-around. It is only when Waseem gives a piece of his own mind that Monty thinks about the next move.

Ritu Rajput from Simla makes her film debut as Tara, wife of Roopchand. Perfectly in line with the setting of the film, the look of Ritu is very rural.

Zahid Qureshi portraying the limping Kakko certainly makes an impression. Despite playing only a small part as the assistant of the zamindar, his acting shows that he has immense talent.

Hussein Khan director of the drama-thriller Kashmir Daily (2017) also has a very little yet impactful role. His romantically nasal expressions at the sight of seeing a young woman are a delight to watch.

Making her film debut, model and Miss India Tourism 2015 Sneha Jagiasi also has a short, but interesting role in the movie

The film has excellent dialogues, which describes this powerful device:

(“Now human’s work will be done by this machine”).

Producer Zeba Sajid is the costume designer of the film.

From a critical perspective, whilst the film is unique for its story, a little more comedy and a less abrupt ending would have been better.

The film certainly captures the beauty and hospitality of Jammu and Kashmir. 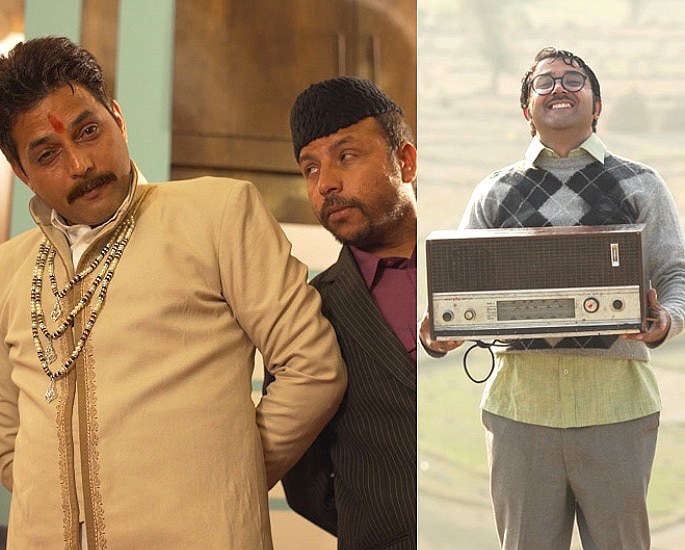 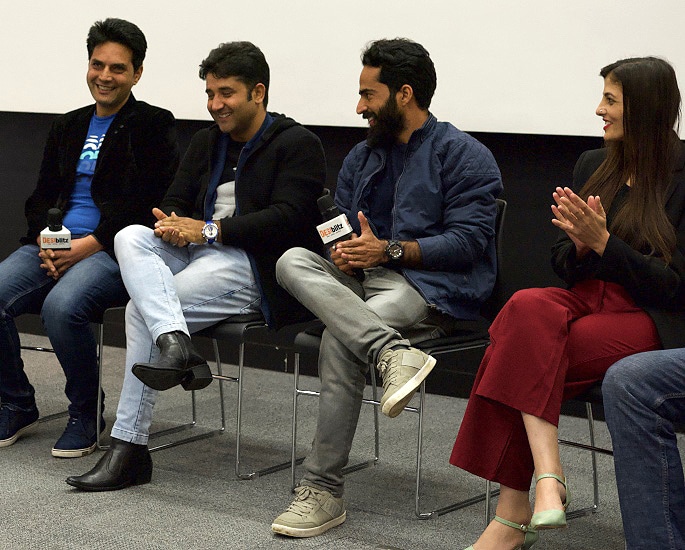 People from all walks of life were in attendance for the film.

Following the premiere, talking to the media about seeking a comedy film, Jitendra Rai said:

“This is my first Hindi film. And I was going to start my [career] with a comedy. I was looking for it.

“When I did get in touch with Rahat, he told me this is the beautiful script. And Saki is going to direct it. So I said I am on board.”

On Saturday, April 13, 2019, the film had a special screening at Birmingham City University in UK’s second biggest city, courtesy of hosts DESIblitz.com.

The film screening and Q&A took place in the presence of students, professionals and influential people. The majority of the audience applauded the topic and acting in the film.

DESIblitz presented a multi-lingual and enthralling Q&A, with some very interesting questions and feedback from audience members.

The screening in Birmingham was a very proud moment for director Saki Shah Saki, especially as the story came from his father.

Expressing his feelings about the screening of 2 Band Radio in Birmingham, Saki stated:

“It has been a great response. Everyone came and gave us appreciation. It feels good.”

According to Tariq Khan as part of his preparations for the film it took him a week to get his look right, which was important for his character.

Ritu Rajput revealed in the Q&A how she was rejected for the film Side A & Side B (2018), but eventually got the role of Tara.

In reply to a question about the inspiration behind the strong female characters, actor and writer Rahat Kazmi acknowledged:

“All of us here respect women…Our women are suppressed, but they are not weak. They are always strong.

“All literature, which I have read, and which I am influenced [by]….be it Manto, Chugtai, Tolstoy, women characters have always been strong.”

Drawing parallels with the film Angrej (2015), Dr Muhammad Afrasiyaab got everyone laughing when he asked Hussein Khan if he ever impressed a woman with something [a radio].

“Not particularly with a radio, but definitely through other means.” 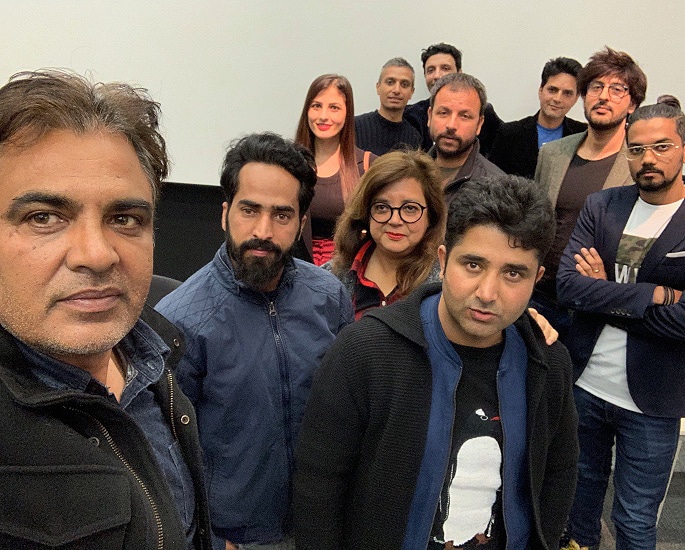 Another audience member felt the movie was very ‘engaging’ and ‘heart-warming’, questioning if there will be a sequel.

Whilst there are no plans for a sequel yet. However, the filmmakers may contemplate a second part if there is demand.

Looking ahead to the future, Tariq did mention that there are plans to make the first Pahari film of an international standard.

The Q&A finished with a big standing ovation for 2 Band Radio.

Rahat Kazmi, Tariq Khan and Zeba Sajid have certainly stamped their authority, attracting a global audience with films such as Mantostaan (2017), Side A & Side B and 2 Band Radio.

Meanwhile, 2 Band Radio after a short theatrical release will be available via a leading digital platform.

Faisal has creative experience in the fusion of media and communication and research which increase awareness of global issues in post-conflict, emerging and democratic societies. His life motto is: "persevere, for success is near..."
Kareena Kapoor shares How She Fell in Love with Saif
Is Kal Penn to star in ‘Taarak Mehta Ka Ooltah Chashmah’?