AR Rahman is one composer and musician that is not shy from experimenting and this is one experiment that has led to him being part of a supergroup. Formed by Mick Jagger and Dave Stewart, AR Rahman joins Damian Marely and Joss Stone to be part of Super Heavy.

AR Rahman, the award winning music composer and producer has unleashed news of a musical experiment with Mick Jagger and others, which has now realised into a full band, called the Super Heavy.

The new band project which features the assorted talents of Mick Jagger, Dave Stewart, Joss Stone, Damian Marley and AR Rahman will be working on an album which they hope to release in the Autumn of 2011.

AR Rahman tweeted the news on 22nd May 2011, pointing readers of his tweets to a Facebook notes page, where Rahman wrote:

“18 months ago Dave Stewart, Mick Jagger, Damien Marley, Joss Stone and me experimented at a studio in Los Angeles, trying to write songs which had meaning…We had a couple of more sessions after that trying to perfect every song that was written and presently we have around 16 to 18 songs and all the songs have a world sound by contributions from all of us.”

“Dave’s and Mick’s incredible musicality and Joss’ soul singing, Damien Marley’s Jamaican influence and philosophies and me bringing musicality from my world.”

News about the super-group project is that the album is getting finalised and there is work on the first video. Also, they are talking to major labels about a deal.

Jagger said of the formation: “It’s different from anything else I’ve ever been involved in.” Talking about the different types of songs, Mick said:

“The music is very wide-ranging – from reggae to ballads to Indian songs in Urdu.” 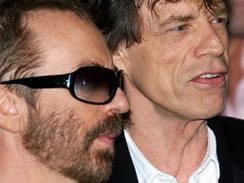 The renowned Eurythmics musician, Dave Stewart called Jagger from his home in Jamaica and sparked things off. He said of the idea: “I live in Lime Hall right above St Ann’s Bay. It’s kind of the jungle, and sometimes I’d hear three sound systems all playing different things. I always love that, along with Indian orchestras. I said to Mick, ‘How could we make a fusion?'”

Jagger loved the idea, and after lots of brainstorming and phone calls around the world, they agreed on Joss Stone, A.R. Rahman and Damian Marley, whose rhythm section helped flesh out the band. “We wanted a convergence of different musical styles,” said Jagger. “We were always overlapping styles, but they were nevertheless separate.”

During the gathering of the musicians in the Los Angeles studio, none of them had prepared any music. “We didn’t know what the hell we were doing,” said Stewart talking about their initial jam sessions. “We were just jamming and making a noise. It was like when a band first starts up in your garage. Sometimes Damien would kick it off and then Joss would sing something on top of it. We might have a 22 minute jam, and it would become a six minute song,” he added.

The name of the band came from Damian Marley who during the sessions was singing, ‘Heavy, heavy, heavy, heavy, super heavy.” Stewart liked the sound of Damain’s hook lines and said: “We thought that sounded good and it sort of stuck with us.”

Many people think this move by Jagger to be part of a new band indicates perhaps the end of the iconic Rolling Stones. Jagger’s relationship with band mate Keith Richards has been rocky ever since Richards published his autobiography, Life, in 2010. In the book, Richards slams Jagger as an ‘unbearable’ narcissist and even ridiculed the size of Jagger’s manhood, which he termed ‘tiny’ in his biography. 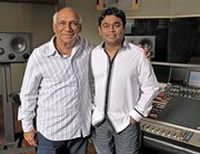 Other news involving AR Rahman is his first time collaboration with Yash Raj Films. AR Rahman, while speaking about working with Yashji for the first time said, “I am very excited to work with Yashji and I am humbled by his faith in me for his film. I have seen that Yashji always portrays music as the inevitable essence of love and divinity in his movies. I hope, as a team, we can bring tremendous joy to all.”

AR Rahman once again shows his versatility as a musician and composer who is willing to participate in different music projects which will steer his creativity into new horizons which not been attempted by Indian composers from Bollywood before.

The Super Heavy group, if they tour, sure will be one spectacular live stage band to watch because the line up of musicians is simply a must see combination. But first, we should hear the results of this very unexpected experiment as an album which will be with us in the Autumn.

Jas likes to keep in touch with the world of music and entertainment by writing about it. He does like hitting the gym too. His motto is 'The difference between the impossible and the possible lies in a person's determination.'
A Rendezvous with Kailash Kher
Brett Lee Music Schools in India