Anoushka Sharma from Birmingham celebrated her marriage to James Jagger, the son of Sir Mick Jagger, in Oxfordshire after tying the knot in 2015.

They got married in a private affair in New York in 2015.

Swapping in her job as a shop assistant to join the Jagger family, Anoushka and James who got hitched in 2015 threw a party, surrounded by friends and family.

The occasion happened in the English countryside at a stately home, Cornwell Manor, in Chipping Norton, Oxfordshire.

The event saw the lovebirds unite, dancing to well-known Madness song, ‘It Must Be Love’ in front of their 200 guests. 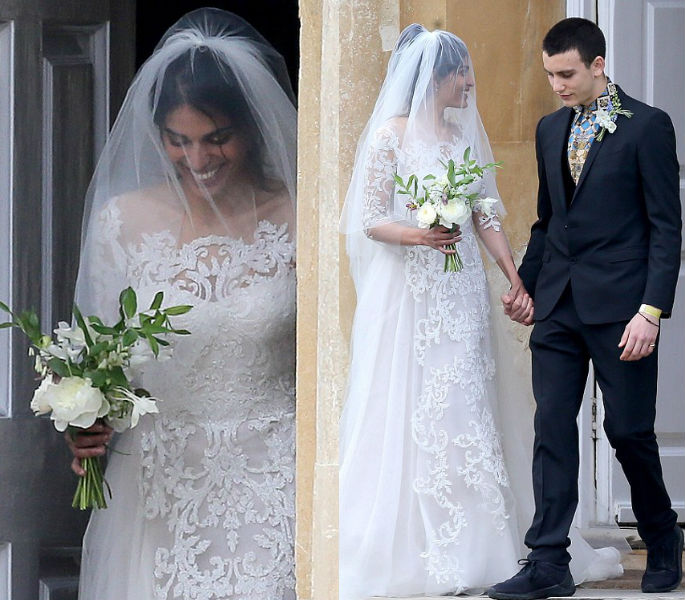 Controversy arose when Jerry Hall recently married 85-year-old media tycoon Rupert Murdoch just a few weeks ago, suspecting a battle of egos would be on the cards at the wedding.

Yet, rivalries were put aside for this special day, which saw the beautiful bride dressed head to toe in a white long sleeved gown embroidered with lace and a matching veil.

The 28-year-old was given away by the groom’s brother, 18-year-old Gabriel, as they walked in the stately house hand in hand.

Her husband, James, was spotted wearing a bright blue suit with a patterned shirt.

Sir Mick made sure he looked dapper for the event, opting for a bottle green suit with a print shirt and navy woolly scarf.

Many other famous faces attended the event, such as Ronnie Wood, Georgia May Jagger and the rest of Jagger family dressed to the nines to celebrate the special day. 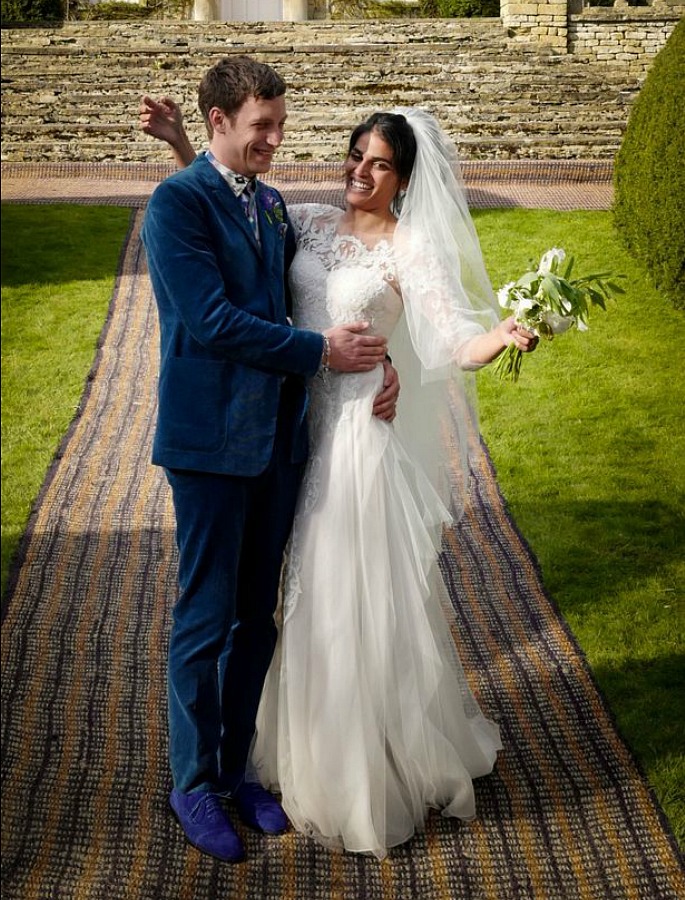 Anoushka and James were said to have met when Anoushka, who originally lived in Edgbaston, Birmingham, worked at Sir Mick Jagger’s daughter Jade’s luxury jewellery shop in London.

Reportedly being together for almost seven years, the pair officially married in New York in September, 2015 with an intimate close ceremony which remained low-key.

James has stated he would prefer more of the private life, which has led to the couple moving to Austin, Texas in a bungalow where they are said to be living a quiet life together.

Yet, James’ role on HBO’s drama, Vinyl, is causing him some media attention, raising his profile through his role of Kip Stevens, a rebellious British singer in the series about music of the 1970s.

Images courtesy of The Daily Mail